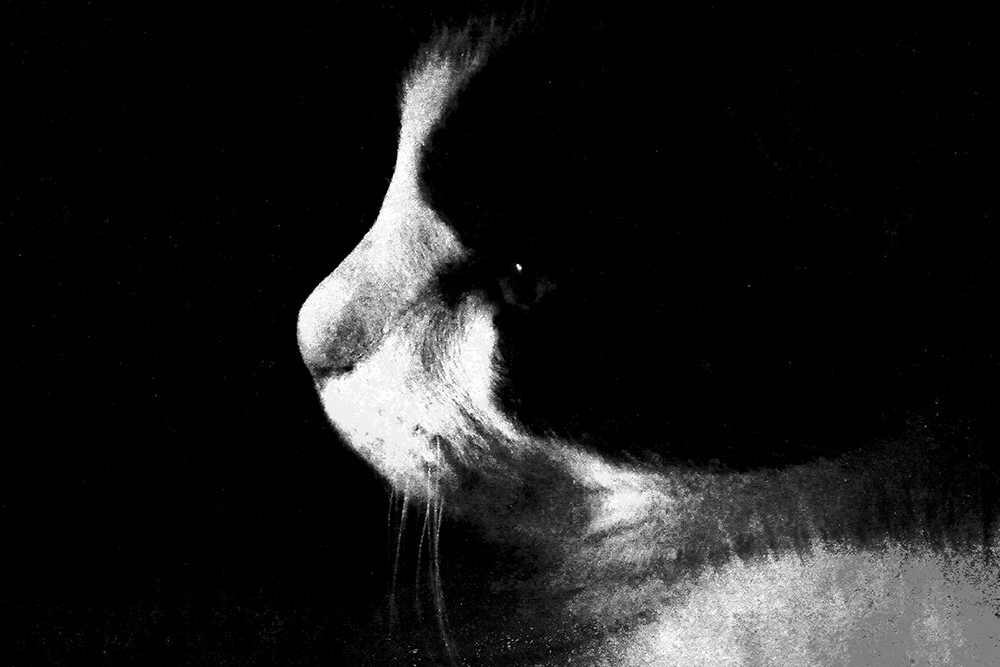 Another winter gray day, no light, no distinction between shadows and values. I decided today I would create a series of still life images which are now pending. I bought some blood oranges and lemons, even a cloth for the backdrop and suddenly the light broke through the soup of clouds.

I watched my cat staring out a window and the faint glimmer of light that touched his face inspired me. What followed were several photos of the cat with just a bit of light on its face.

What intrigued me about the series is that he dropped out of the image completely. I watched his shape and contrast of white turn into a graphical image. His illusive personality came out of the darkness and high contrast. 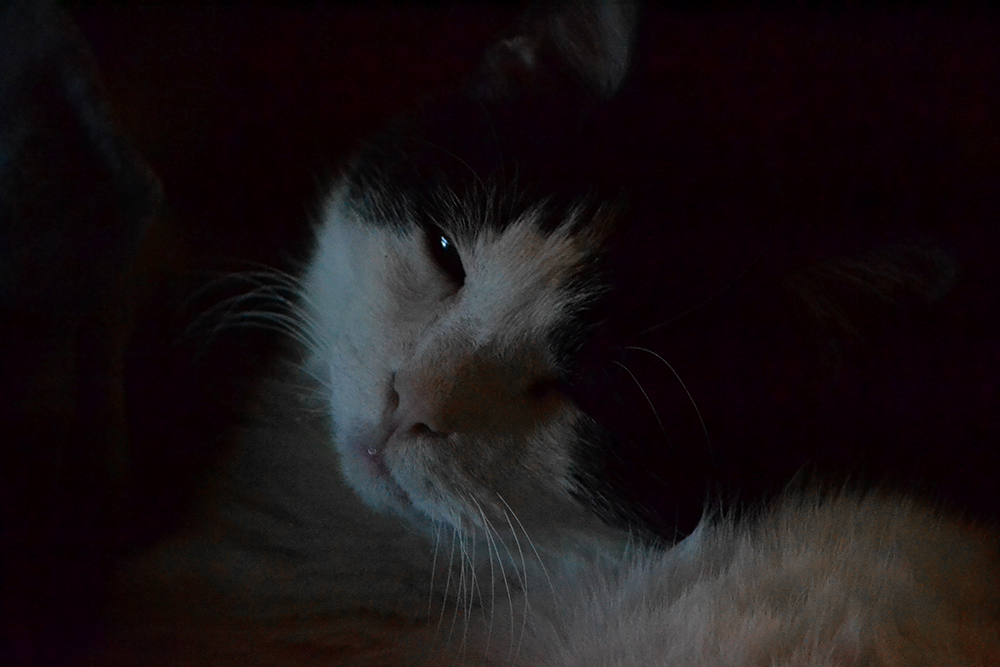 I have taken photos before but never were his looks so graphic and simplified. I wanted to see the cats’ intense stare isolated from anything in the background and he became the graphic abstract with but a hint of his illusive nature.

Stay tuned for the still life images and maybe some light filled landscapes. Possibly the zoo in the next few days. Stay tuned. 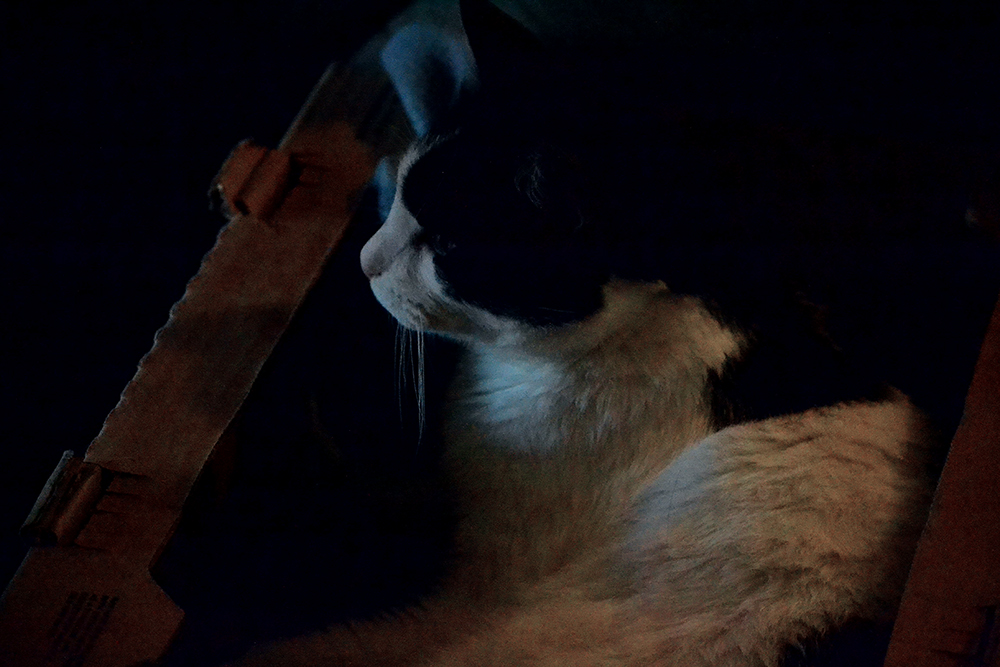