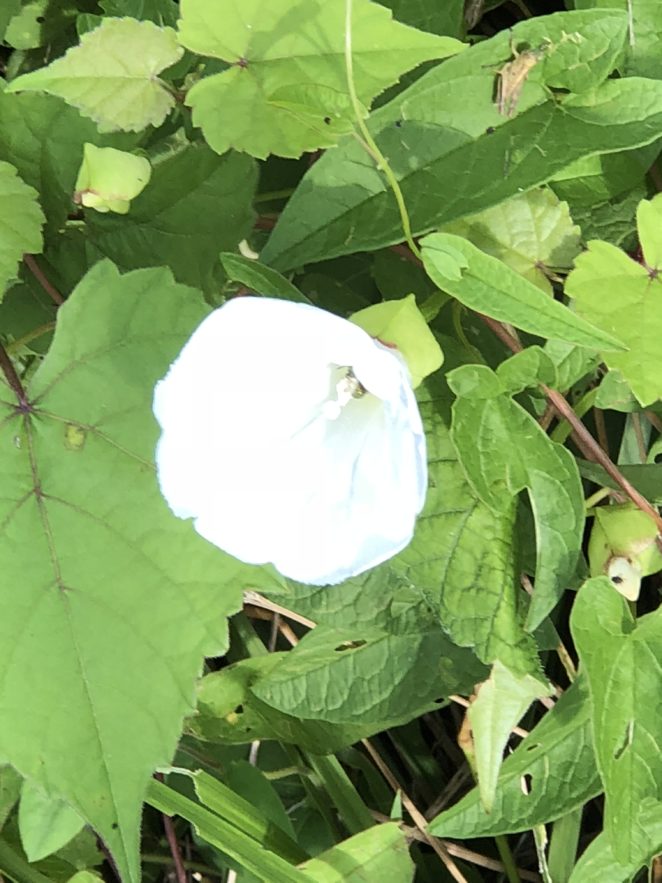 In Indiana people called this flower a cowbell. More Cowbell! More Cowbell! One of my favorite Saturday night lives skits ever. How can any song have enough Cowbell? This little flower was sitting by the side of the road as I was walking. It is, at least in Indiana considered a weed. Not sure about Maryland but honestly this is the first year I noticed them here. They were all over the place in the woods of Indiana. As I said, considered more of a weed than a cultivated or valued plant.  I do have to admit though; I never understood why you put a bell on a cow. Look, if your cat moves fast, you put a bell on the cat. That way when the cat moves you know where the cat is. Cows don’t move fast.

I never understand bells on cows.

Anyone can challenge their photos! Just come up with 365 days in a year. Take pictures that are less than a week old. Share! Just like your mother said you should when you were little.