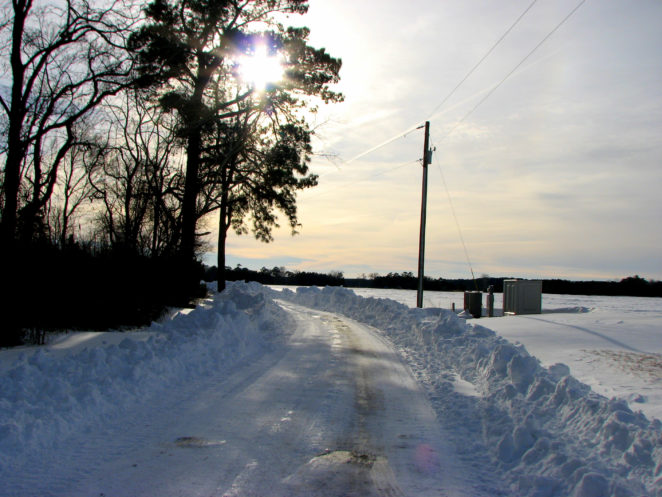 This photograph was taken about a month ago while we were assisting a friend out of a ditch. We don’t typically get snowstorms anywhere near this heavy on the Eastern Shore of Virginia. This one was a doozy! The snow banks were a few feet taller than me! I’m 5’1″. Everywhere we looked, there was either a car in a ditch or stuck in a huge snow bank in the road. VDOT, the Virginia Department of Transportation, had a heck of a time clearing our roads with so many vehicles in the way in the roadways. This is a storm that’s going to be remembered for a while. Many of the old-timers stated that we hadn’t had a storm like this in over a hundred years!

Personally, I’m hoping that we don’t get another one for another hundred years or more! Snow is beautiful to look at, but I can’t stand the cold.