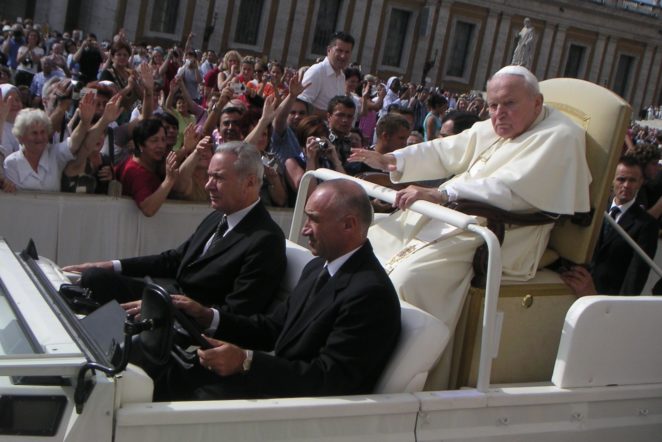 On 13th May 1981 Pope John Paul II was shot four times as he was being driven across St Peter’s Square in Rome. His would-be assassin was a Turk named Mehmet Ali Agca, who appeared to be part of a gang working on the orders of a foreign government, possibly the Soviet Union.

Despite severe blood loss, the Pope made a full recovery and continued his reign for another 24 years. As might be imagined, the story made front-page news across the world, with much speculation as to the motives behind the attack and discussion over how the Pope’s personal security could be improved.

At the time of the assassination attempt I was working as an assistant librarian at a teacher training college in West Sussex. The library subscribed to a wide range of journals, and the custom – as at most libraries – was to display the current issues on sloping shelves and remove them when the next issues came along, so that they could be placed in storage.

One of our subscriptions was to The Economist, a weekly magazine that was and is a highly trusted source of news, comment and opinion on a wide range of subjects. The issue following the assassination attempt naturally featured it as the main news item, with a photograph of the event on the front cover and a headline that read “The Sins of the World” – this being a quotation from the text of the Catholic Mass: “O Lamb of God, that taketh away the sins of the world, have mercy upon us”.

However, the library assistant who prepared the issue for display appeared to have another message in mind when she placed the usual library stamp on the front cover. It now read: “The Sins of the World. Not to be Taken Away”.