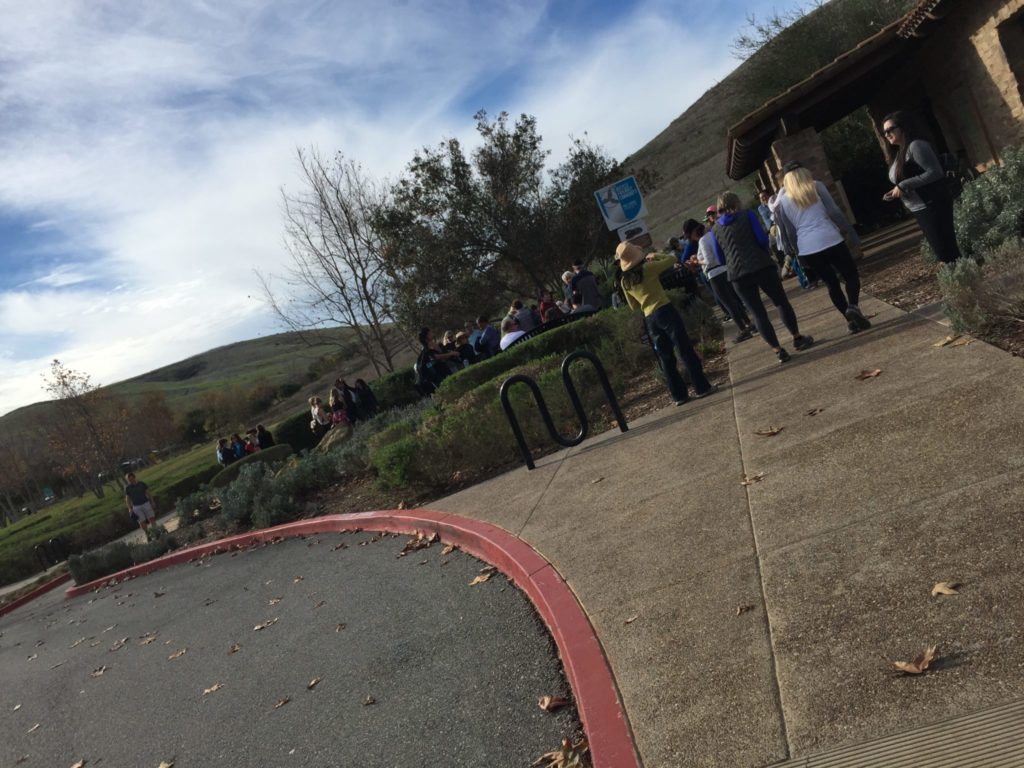 I woke up early today for a local morning hike. 96 people signed up, although it was 100 people last night, but some dropped out last minute. Everyone congregated at the Turtle Rock Community Park, and I noticed many came in the last ten minutes. That is why I always come early to events and meetups, which is to avoid last minute traffic. It feels cold at 8 am, but the sun slowly came out, and it warmed up soon after. We were informed by our leader that the Bommer Canyon trail is closed because of the recent rain and the trails are probably very muddy. So, we walked the opposite direction on the Shady Canyon trail, which goes in the opposite direction of the Thursday night trail and the Thanksgiving morning trail. The other two trail start from the Spectrum area. As I walked, the area did look familiar because I often go to the morning hike on Thanksgiving morning. 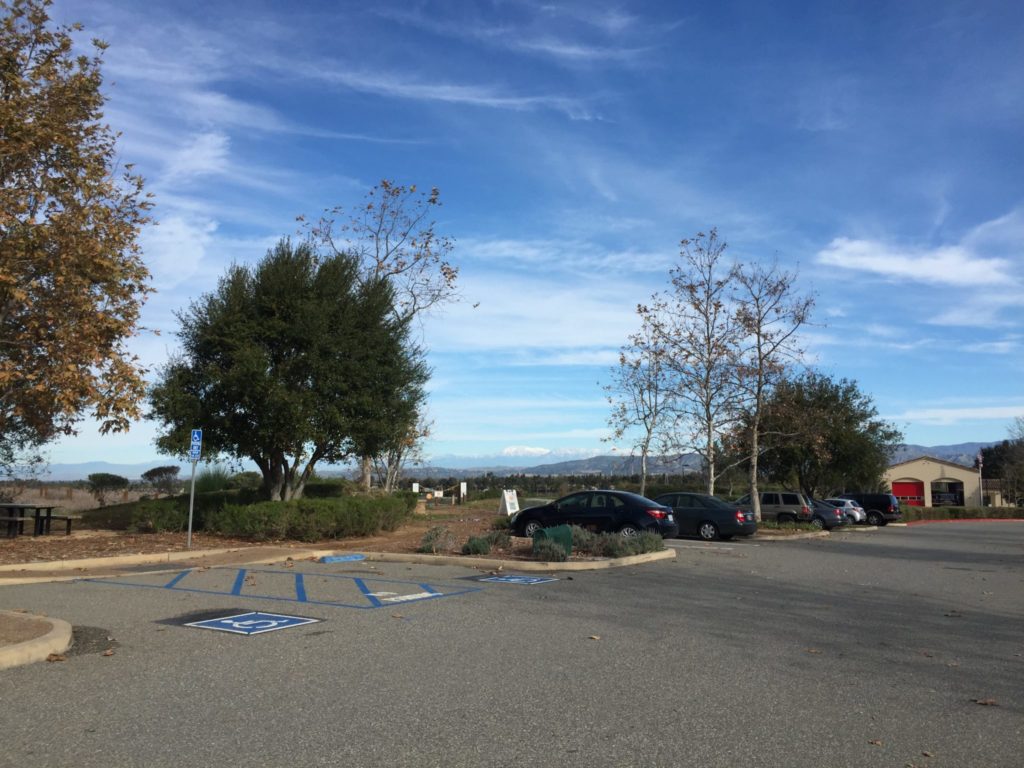 We had a rest break at a park restroom area, although I was following confused people who walked all the way to the Starbucks and the we realized that we weren’t supposed to go this far because we were supposed to stop at a community park restroom area. So, we walked back in that direction, and I immediately noticed a group of people ahead, and I told them it is probably there. 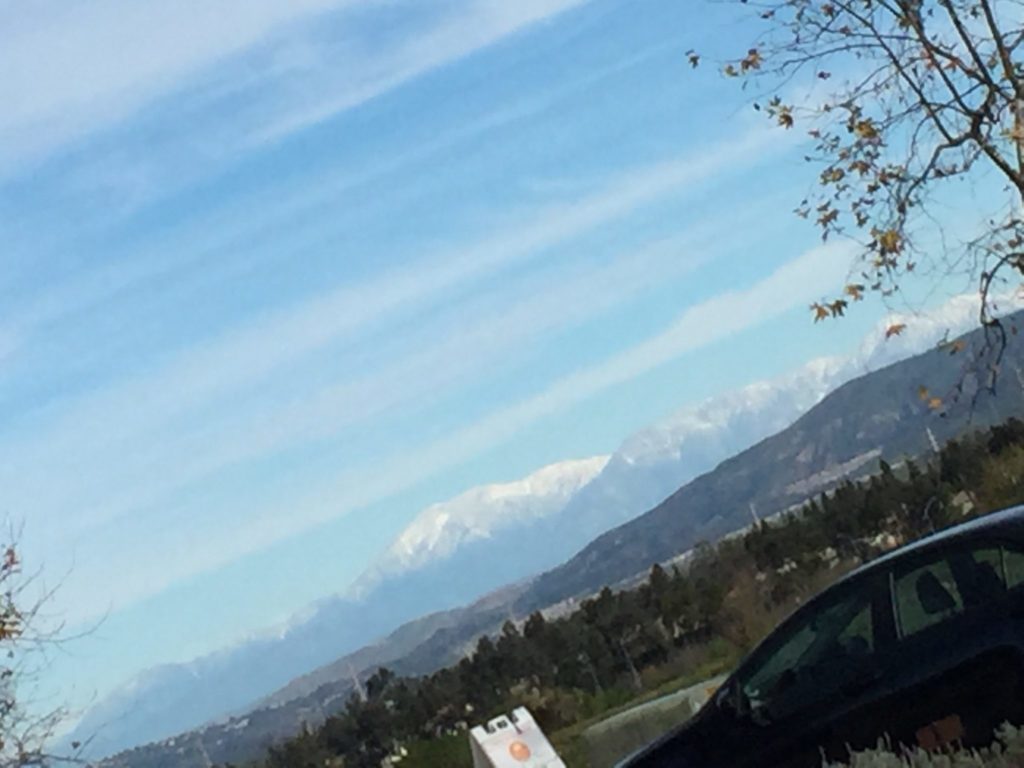 At the rest area, I looked in the distance and notice snow-covered mountains. With all the sudden rain here, the mountain area is probably snowing a lot. I took some snapshots of the nature environments and white mountains. 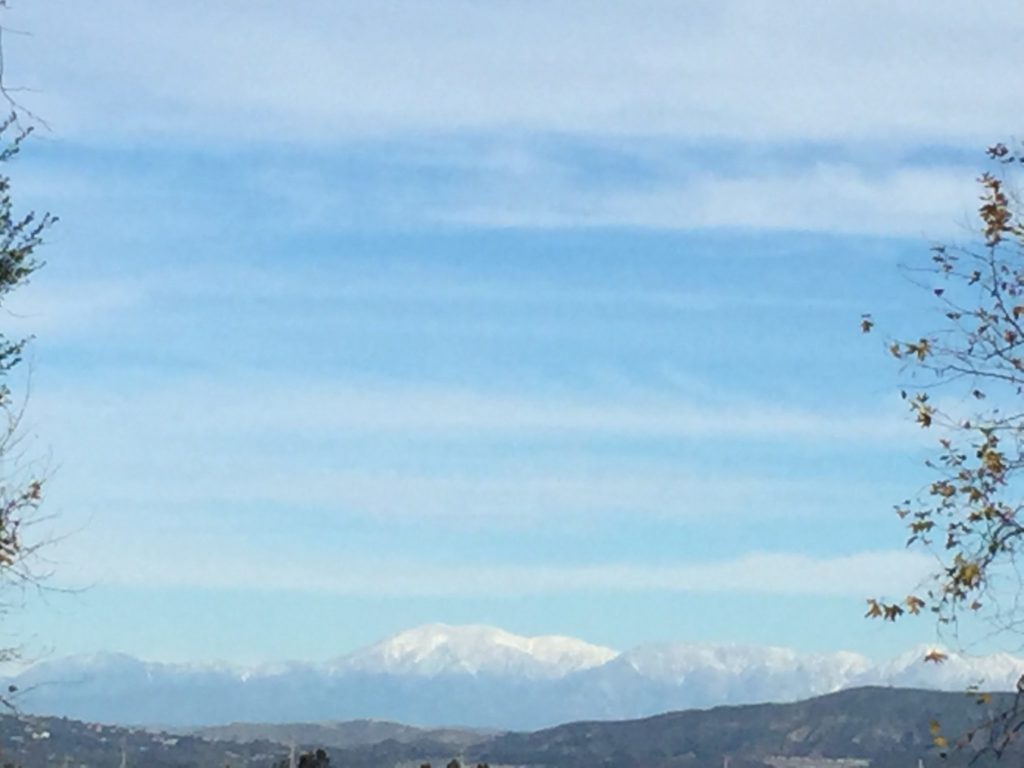 When we arrived at the Turtle Rock Community Park, I was hot and sweaty. I took off my puffy vest, scarf, and gloves, and placed some items in my car. Most people just hung out at the park eating some potluck food. I bought my own snacks because I am picky. 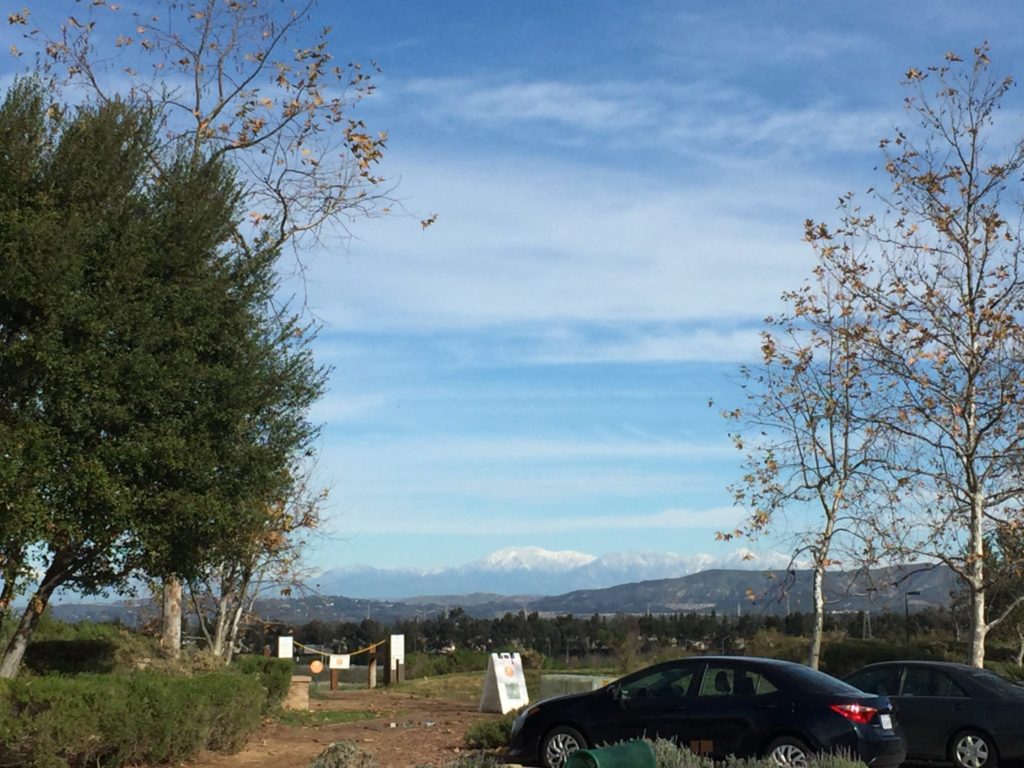 I took some close-up shots with my iPhone, focusing on the distant white mountains in the background. Even the blue and white sky looks nice, kind of like a blue and white marble swirls. Sunday was a break from the rainy weather because it will continue to rain on Monday, Tuesday, Wednesday, Thursday, and I am not sure how long…

Instead of noticing a rainbow after all the rain, I noticed snow white mountains.