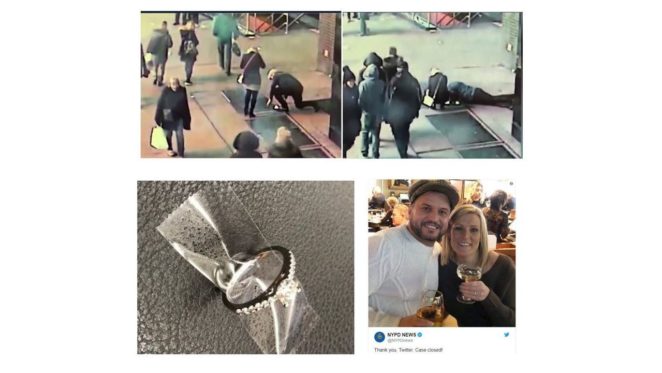 One of the strangest stories ever to come out of New York City happened last Friday in Times Square when a British couple whose names were not released to the public who were sad that an engagement ring fell down a utility group that is located on the streets of the Big Apple.

The gentleman was asking his fiancée if she wanted to marry him while he was on his knee. The minor problem that could only happen in a Three Stooges video short for Columbia Pictures that was called “Husbands Beware.” was an engagement ring fell into the bottom of the piano where the strings were located when the late Shemp Howard was to wed the late Dee Green who played a student in Shemp’s singing class.

I can just imagine the anxiety level that the British couple when the engagement ring fell down the eight foot the utility group down the drain underneath the street in New York City.

The couple then contacted the New York Police Department to inform them of the incident that their engagement ring fell down the utility group.

There was one problem. The couple were scheduled to leave New York City to their home in England the next day. I guess since they were stressed they forgot to tell the police their names much less where they lived.

A New York Police Department officer who is trained in searched for lost items that went to locate the ring. However the couple had returned to England on Saturday when the police officer had recovered the lost ring.

The New York City Police Department then mailed the ring back to the couple that almost lost their engagement ring at Times Square that Friday evening. 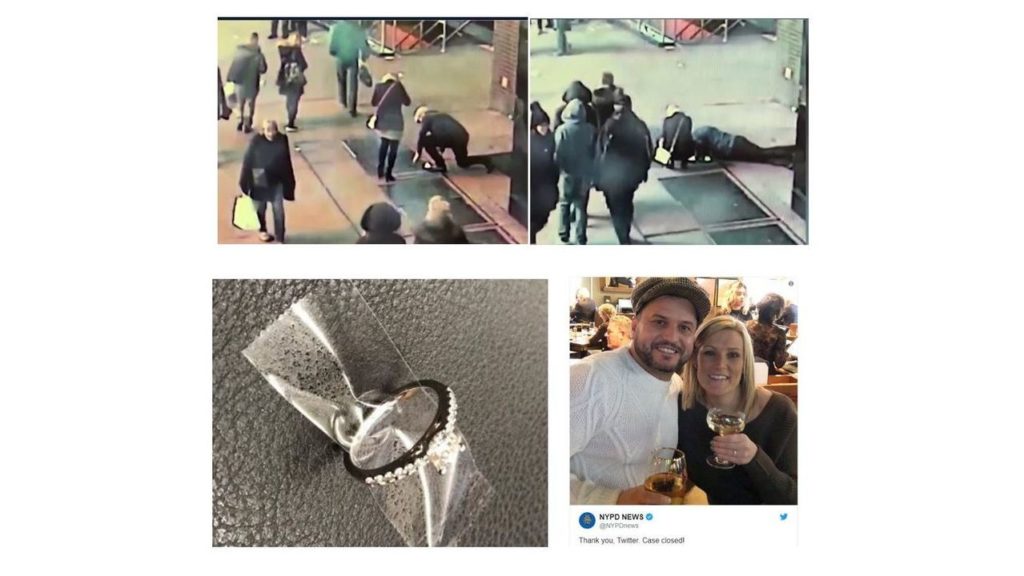