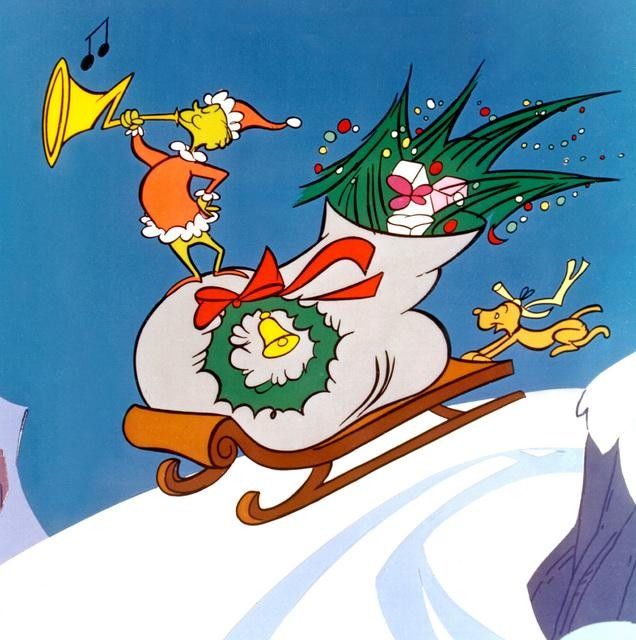 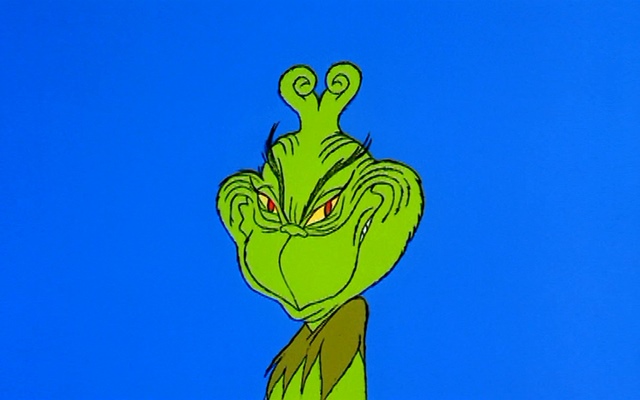 When the cartoon came out “The Grinch Who Stole Christmas” it was a fun cartoon for kids who got to see how the Grinch finally liked Christmas. In the movie ”The Grinch” starring Jim Carey If we would watch it with adult eyes there are so many different messages which we could pass on to our children and grandchildren. This story opens up and the evil, angry green creature the Grinch is living atop Mount Crumpet all alone with his dog Max. We don’t know why and we don’t know how he came to be living there. Meanwhile down in Whoville everyone is getting ready for Christmas.

Now as much as the Whos have always loved Christmas they have become too commercialized. Little Cindy Lou Who whose father works at the post office is running after him as he buys present after present and she asks her dad if he hasn’t had enough of present buying because surely Christmas means more than just presents. She meets up with the Grinch at her dad’s job at the post office as he has come down to Whoville to create some great mischief. His first reaction is to dump Cindy Lou in the present packing machine but then he saves her and leaves her wrapped up in Christmas paper to wait for her father to come and save her. Cindy Lou hears her father tell her that she must be careful that the Grinch is evil but she thinks to herself if he saved her surely he can’t be all bad and later on she poignantly thinks – is it Christmas that has changed or is it her?

We all know the answer to that. Christmas has changed and we should gather our children and grandchildren round and tell them of what Christmas is really all about. That Jesus was born on Christmas Day and was a child just like they are now and that this is His birthday just like they themselves have a birthday they can call their very own.

In regards to Cindy Lou thinking that the Grinch can’t be all bad let’s teach our children and grandchildren that even if say a neighbor seems grumpy or mean perhaps he or she is just lonely and needs someone to show them that they care. You must agree that children will be the first ones to want to help anybody who is elderly because their hearts don’t know any hate. If your children are old enough to understand it might be a great idea to take them to a senior citizens home this Christmas and let them bring joy into the hearts of all of those lonely people who might not have any family left. What Made the Grinch Hate Christmas

She gets so curious about the Grinch that she goes to two of the oldest residents of Whoville and little Cindy Lou Who only 8 years old wants to know all about the Grinch and especially why he hates Christmas. The two spinsters who at one time tried raising the Grinch tell their tale. It appears that the children of Whoville get sent from up above to the adult Whos and so one night when a strange wind blew it landed a basket on the ladies’ front porch. In it was a creature unlike any other Who all green and fuzzy.  They accepted him and sent him to school. Now it was at school that Grinch in his heart was like any other boy and girl but his outward appearance was such that he was bullied and ridiculed by all the other children. Came time for Christmas and the Grinch still having the Christmas spirit had fallen in love with one of the little Who girls – Martha May. He worked so very hard making a special Christmas present for her looking so forward to the holiday. The night before he tried shaving his fuzzy face and arrived at school with a scraped face. He had a bag over his head and the teacher doesn’t do anything to discover why but demands that he remove it. The other Who children of course laugh at him and in anger he breaks the gift, runs amok, and then runs off vowing that he hates Christmas.

Here we must emphasize to our children who in turn will pass it on to their children that if a child in school seems odd or different or is of a different color to them it is wrong not to accept them and even worse to shun them and laugh at them. Instead to accept them, find out about them and make friends. A lot of times it just may turn out that the most popular child at school can make the worst friend and the oddest child may become a friend for life. We are first of all born equal and we all deserve to be accepted and wanted. The other side of the coin is that you should let your children know that if they are ridiculed or bullied for one reason or another that they must come to you or their grandparents or any other relative available to talk things over and that they will be helped to overcome this situation. If they see any other child in school being bullied or attacked in any way they must go and get a teacher’s help or tell a grown-up right away. It is important to discuss this with children at a young age so that they know how wrong it is and they grow up with understanding and compassion in their hearts.

It is so wrong for people who know the reason for a person being shunned from others and not taking the time to say sorry and welcome back is a sad thing indeed. That’s why children must be raised not to push anyone away but take the time to make a relationship work to make things turn out alright.

It takes a big heart to say I’m sorry and if such a gesture is made then there should be no references to what started the problems in the first place there should be just a brand new beginning. Children should be taught the art of true forgiveness and if some wrong has been done to them then to accept a sincere sorry with no ill feelings and forgive. As much as the Whos have commercialized their Christmas they still understood its true meaning and that it would come even without all the added things. They gather about a plain un-decorated tree and sing a welcome to Christmas. Now our heroine Cindy Lou once again has gone up Mount Crumpet to get the Grinch to come and join their Christmas. The Grinch realizing that Christmas has arrived anyway suddenly has the Christmas spirit fill his heart. The Grinch returns to Whoville with all the Christmas decorations he took and sits down to share their Christmas meal with them.

So as much as it is wonderful that children can believe in Santa let us make sure they know the true meaning of Christmas and that it will come whether there are decorations and presents or  even if there are none. Christmas is Jesus birthday first and foremost the modern world has added the rest. Church going should be a big part of the holidays, Bible readings of the night that Jesus was born and of course Christmas carols. Let’s raise children with understanding and compassion and the future will be so much brighter for new generations and the world will perhaps become Grinch-less.