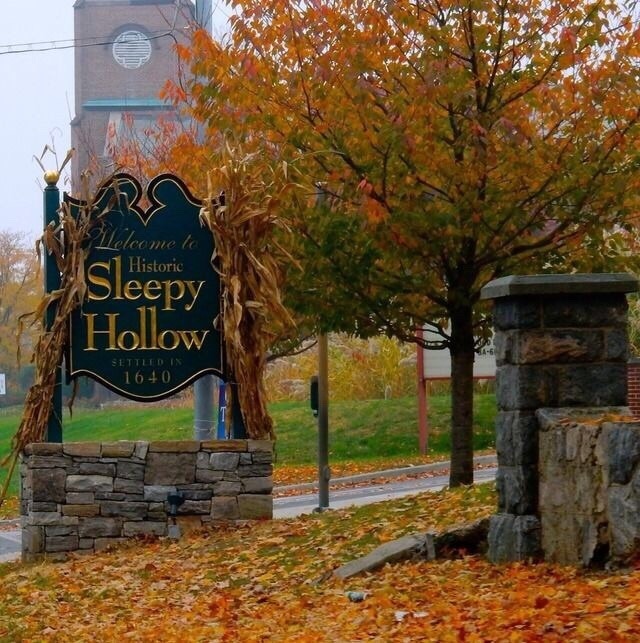 Ghost stories and tales about ghosts have always been so much more fascinating when the stories appear to be true. These always set people’s imaginations dancing and for those who love exploring haunted places there are many haunted areas.

You might find the name of this town familiar due to the popular tale often told on Halloween “The Legend of Sleepy Hollow”. Sleepy Hollow is located in the state of New York and lies on the eastern side of the well-known Hudson River. The town claim to fame is that it is haunted and its 9,000 residents live side by side with numerous ghostly spirits. It is a lovely, quaint town brought into the limelight when Washington Irving wrote his popular tale.

Sleepy Hollow dates back to the early 1600s, when Europeans explored the area and started settling here. It was the Dutch that gave the town its original name “Slapershaven” in translation meaning “Sleeper’s Haven”. It was renamed Sleepy Hollow in 1996 and today is known for the haunting of the infamous “Headless Horseman”. Even though the tale Irving wrote was fictional it was based on actual tales, facts and stories people told about the town’s haunted history.

Come take a drive with me to Scarborough a place just outside of Sleepy Hollow. Along Route 9 we will get to Sparta Cemetery where visitors and passers-by have seen unusual sightings. Amazing things such as mists, lights dancing over the ground and floating over graves. Those who have lingered awhile have heard voices coming from afar but haven’t seen anyone. As you can tell the dead are not at rest here. Back in Sleepy Hollow we can visit a house named Sunnyside where Washington Irving took ownership in 1835. The home sits on the bank of the Hudson River and a small, secret path leads one from the house to the river banks. People have seen apparitions about the house and property. The nieces of Irving have been seen cleaning house. Many people say they have seen Irving himself and why not if he was content living here and happy to call Sleepy Hollow home.

Next we’ll take a look at Sleepy Hollow Cemetery where you can find the final resting place of Washington Irving. Other famous people buried here include Andrew Carnegie, William Rockefeller, Walter Chrysler and even Elizabeth Arden. An apparition has been seen walking among the grave stones and those who have wandered here say they have heard silent unexplained whispering. Take a look at the Old Dutch Church and Burial Ground. The burial grounds here are among one of the oldest ones in all of the U.S. If you want a real fright this is the place to be. They say that the ever popular “Headless Horseman” can be clearly seen making his way through and around these grounds so it would be wise to hold on to your head. Among the graves here are one for Eleanor Van Tassel Brush whom Irving used as a personality in his story named “Katrina” and the other Abraham Martling, who was reflected as the character “Brom Bones”.

Apparently other people have lost their heads as well. Between Sleepy Hollow and Tarrytown you’ll find Patriot’s Park. This was the place where during the American Revolutionary War, the Americans captured a soldier of Hessian decent. The soldier was sentenced to be executed and was promptly beheaded. Now a headless apparition roams the park. Irving took this legend of the soldier to include in his tale.

A trip to Sleepy Hollow will take you for a walk among the world of ghostly spirits if you dare to explore.