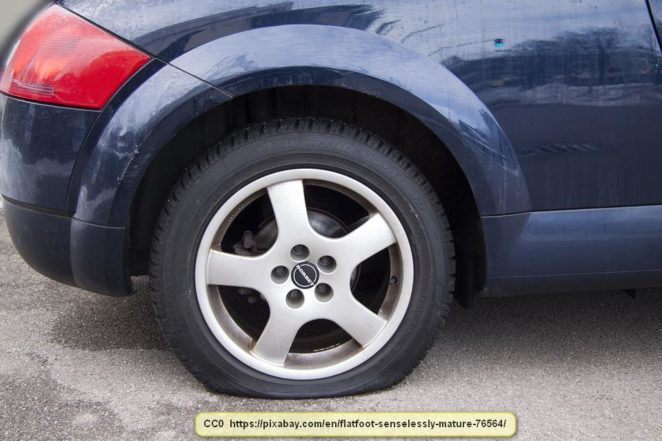 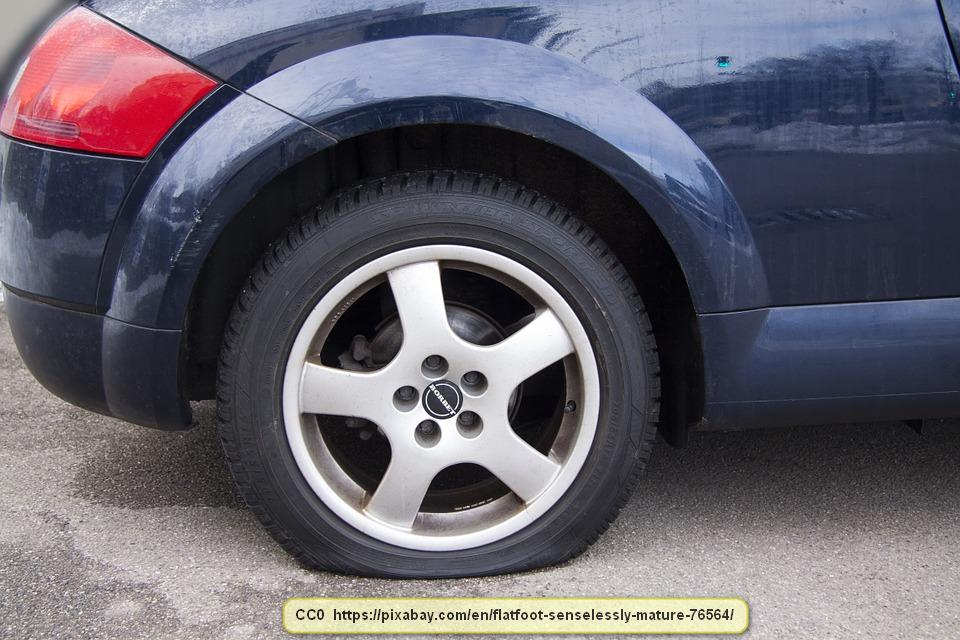 People love to complain. When things are going well, they complain. When things are going badly, they complain even more. I’ve been guilty of this many times, too. However, when we learn to give thanks when the bad things happen, it starts a process of a fundamental change in our viewpoint. How does it work, giving thanks in the face of adversity and even for the problems? It is easiest to show by using an example or testimonial.

On Thursday morning, my wife had an appointment with the doctor. Our daughter was parked behind my car, but it was her day off and she’d made it plain that she intended to sleep in. For her, that normally means that she would be sleeping until about noon. So I took her car to drive my wife to the appointment.

We’d all gone to Polson the day before to do some last minute Christmas shopping, so her car was gassed up. The morning had temperatures below freezing with a stiff wind, but we were in a car, so there were no problems, right?

A block before we got to the doctor’s office, the drivers-side front tire went flat. I was able to baby the car into the parking lot. While my wife went into her appointment, I started the process of changing the tire. We had a disposable “donut” tire for a spare.

As it happened, the donut was very low on air pressure. Still, I changed the tire. By the time I finished, I couldn’t feel my thumbs and my fingers were quite cold. I said a prayer that I could get home so I could use our tiny air-compressor to air up the donut.

I drove at about 15 miles an hour all the way home. Our daughter was up and dressed. I told her what was going on. At that point, I was in pain because the feeling was coming back into my hands.  While I thawed out, Cat called the only tire place in town. The tire place did have a tire in stock that would fit the vehicle. It cost $125 and our daughter only had $150 in the bank; just a little more than enough for the tire. The tire place was only open until noon, but it was 11 am, so we went right down to the tire store and had them replace the tire, the whole time hoping that my wife wouldn’t have to wait too long at the doctor’s office.

The tire was changed and just as we pulled out, my wife called to say that she was ready to be picked up from her appointment. We picked her up on the way home.

Many people in a similar situation would have been so upset that they would have been fuming. They would probably be angry for the remainder of the day. When we got home, though, I gave a prayer of thanks. God had really watched out for us. How?

As I said, we’d gone to Polson the previous day; 75 miles one way. During the trip to Polson and back, the tire could have gone flat, but it didn’t.

When it did go flat, it was close enough to the doctor’s office that I could get to the parking lot. If it had gone flat elsewhere, it would have been incredibly difficult to pull over far enough to change the tire, and changing the tire would have been more difficult. In fact, it is a very real possibility that my thumbs would have ended up frostbitten, but that was averted.

When I got home, my daughter was awake and dressed, though she’d been planning to sleep in.

The tire place had a tire in stock and though they were closing early, we had enough time to get there and get the tire changed before they closed. We were also the only customers there when we pulled in, so they took us in immediately.

The tire did cost $125, but it just happened that our daughter had a little more than that amount in her bank. The previous day, when we did the last minute shopping, our daughter passed up several things she really wanted to buy. If she’d purchased those items, she wouldn’t have had the money for the tire.

My wife didn’t have to wait for us, so the timing was close to perfect.

By keying into all the positives having to do with the adversity, there was very little stress involved in the whole thing and I didn’t get upset at all. Yet, it was easy to be very thankful, just by realizing the many unlikely things that had happened that made it relatively easy to get the tire changed. God really had watched out for us. Problems occur and those don’t come from God, but He has a fantastic way of taking a bad thing and working it around, into a good thing.

Adversity happens to all of us. It is easy to get upset and angry. It is simple to complain and to let an event like this one ruin the whole day. Doing so lets the situation control us rather than controlling the situation. Yet, with a little thought and a positive viewpoint, it is also possible to get through the adversity without stressing out or being in a foul mood for the entire day. Which way we handle the problems is entirely up to us.