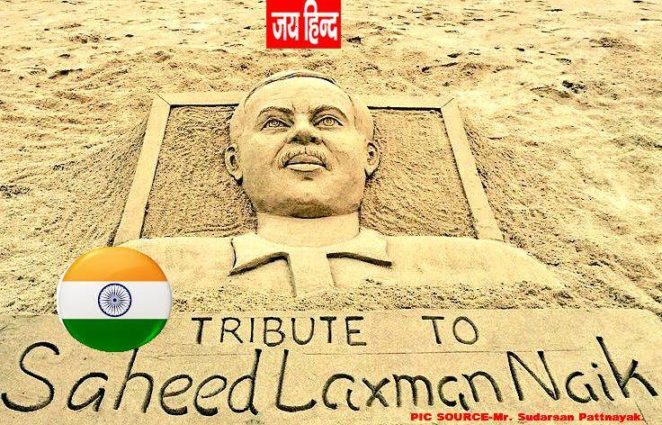 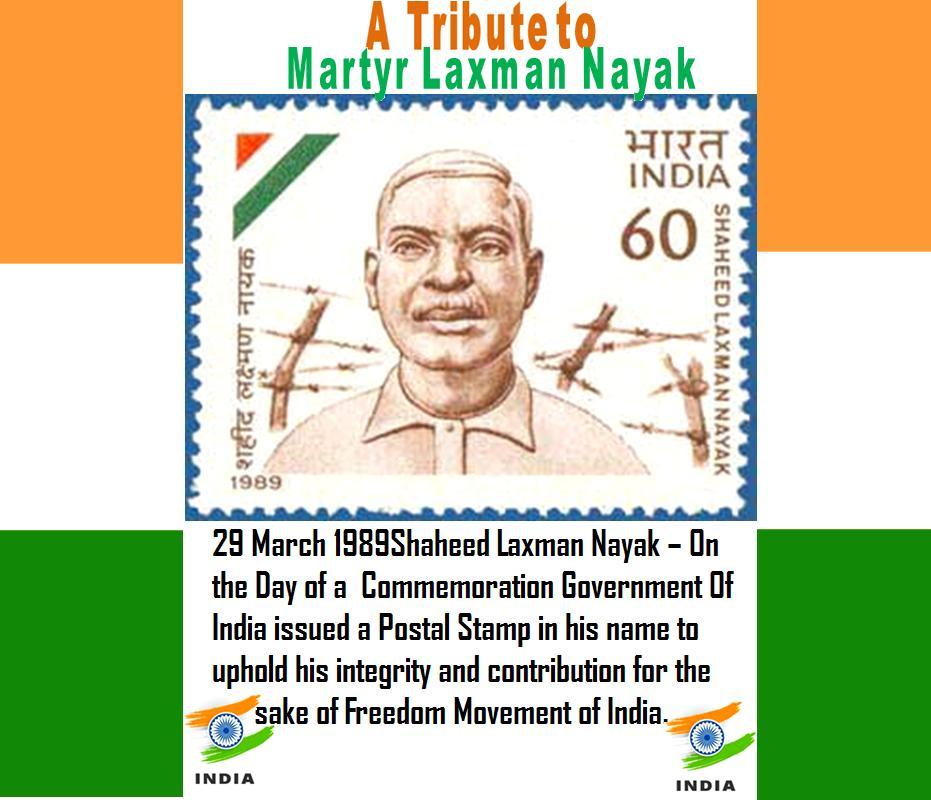 Laxman Nayak ,the Folk Hero of Indian independence movement who hails from the interior rural District of Korput  from the southern Odisha that situates in the Eastern part of India. One of the most popular Tribal resistance against British Empire in India during the colonial period was proudly led by Saheed(Martyr) Lazman Nayak who is also known as one of the great social leader to counter social evil like castism during pre-independent India. This uprising  led INIDA to observe today, the day of 22nd November as an auspicious day of Martyrdom because on this day this great Freedom Fighter of India born(22-11-1899). His father, Padlam Nayak was also legendary Tribal leader of their locality and led the Tribal Community named ‘Mustadaar’ in Koraput Dist of Odisha which at that time was under the Madras Presidency of British India.

Like father, alike son, Laxman also took the leadership of the said tribal community and did raise voice against the issue of social inequality in the name of castism. In pre-independent India people of higher castes including the British Administration knowingly made these community away from them in the name higher castes. Even today such difference can be seen in many regions of India for which the father of our nation Mahtma Gandhi even fought for in his entire life. The brave heart of Indian independence led this tribal movement and fought for their rights for which reason the only political party constituted for leading the freedom movement did recognize him and Congress party did facilitate him as a key member and trained Laman Nayak under some experienced Freedom Fighters by which he proved himself a great freedom fighter in the future course of India’s Freedom Movement.

Manny freedom fighters in their Biography and auto biography also mentioned him as a lion heart who led like a true leader and save their own associates like a savior. After trained under the then congress party , he put himself along with his entire community in the fire of National freedom movement and wrote his name in the as the Golden Glory of Indian movement for the complete independence. During his training, Laxman Nayak met many great leaders of Freedom movement of India in different parts of India in different zone that empowered him as a strong voice of Eastern India against British Government. He could able to learn the value of freedom and liberty in the way of Gandhian Principles of truth and non violence to free Mother India from paws of colonial power of British reign. He was one of key peace preacher of Mahtam Gandhi and followed the path of protest in the way of truth, peace and non violence till the last breath of his life.

On the last and final call by the Father of our Nation, Mahatma Gandhi to do or die and urged Brtish colonial government to quit India also did warm Laxman’s patriotism and he did involve in it completely.As on dated 21st Aug 1942 on this call of Mahatma he led a huge group of protesters against the violent British Government and it’s administration in his district Koraput in the state of Odisha. He did protest peaceful in the way of his opted Gandhian Principles in front of Mathali Police station in his locality. As usual to suppress this strong uprising the cruel British force opened fire on this group of thousands in which as many as Forty(40) died and at least Two Hundred (200) injured severely and hospitalized. The master of Fabrication, British administration of the local region knowingly fabricated a biased report and put him under arrest and the trial of the case initiated. Consequently on 13 November 1942 British regime pronounced the sentence of death and the lion heart and put him behind bars.At last a soul of a great patriot did leave the heart of Laxman as the British hanged him till death on 29 March 1943.India really salutes this brave heart and an unforgotten Hero of Mother India.