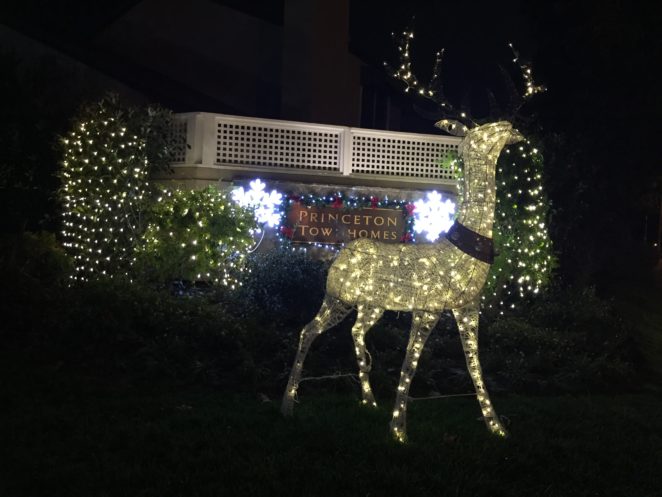 I arrived home late last night, around 10 pm, because the movie was three hours. I was light-headed for sitting in the theater for three hours, watching a gloomy but artistic Terrence Malick film. I place the little gift basket with gourmet chocolate into a wintery gift bag I already had, and placed it in front of my neighbor’s doorway. A couple of hours later, I heard pouring rain outside, which actually was relaxing. But as I was relaxing in front of the TV, I suddenly realized I forgot to take out the price tag from the gift. How embarrassing. Oh, well, they are just neighbors, and it is a cute gift from Marshalls.

When I woke up this morning, I noticed I woke up late, at 12:30 pm, which is too late to go to yoga class. By the time I ate something and changed  my clothes, the yoga class would be over. I noticed on the internet weather report that today will be cloudy all day, with intermittent rain throughout the day. So, I mailed some bills at the post office. It already feels like a Southern California Xmas with holiday rain making the week festive. I did buy some chestnuts, in which I want to try roasting in the toaster oven, as well as drinking hot cacao with scoop of vegan vanilla ice cream or Affogato al Caffe. I might even sprinke some nutmeg or cinnamon on top.

I think I need to buy new batteries for my wireless mouse.