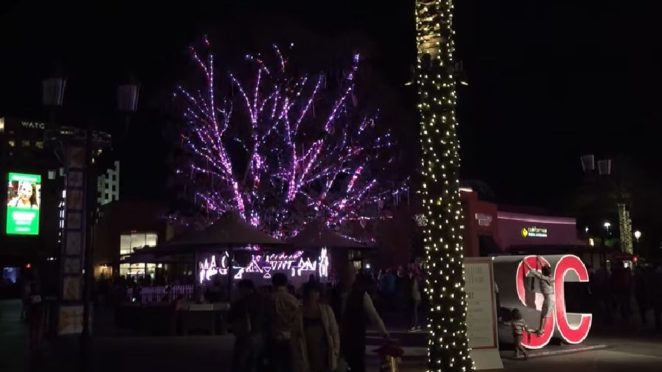 On Sunday morning, I decided to go to the Fullerton house to do more work, trying to organize and empty my late mother’s house so we can all move on.  I went to the house yesterday, looking for items I could actually use, as well as can fit in my small townhouse. I then realized that I needed to return on Sunday to go through the garage.  Well, the drive was nice and peaceful until I arrived at Disneyland, which was chaotic as well as many streets were closed off by orange cones. I was soon informed that there was a marathon. Disneyland was holding its annual half marathon this morning, and I wasn’t aware of it, or I would have stayed home doing other stuff. This marathon route ran directly in front of the Marriott Springhill Suites hotel, which was filled with many tourists. The marathon started at 4:30 am and lasted until 9:30 am, but I wasn’t aware of anything.

While slowly driving through, and being directed by a cop to take an alternative route, I stopped to ask him how long will this last until the street will be open. He stated at 8 am. I noticed that my time was ten minutes before 8 am. So, I decided to wait for ten minutes. By 8 am, I soon realized that that cop was an idiot because the long marathon kept going nonstop, and I didn’t see an end to this annoying event. So, I drove around seeking an alternative route until I almost got lost. I asked another cop, and he stated around 9:30 am. So, I decided to go to the Marriott hotel to seek a parking space, in which I got lucky. I stopped and asked the people at the front desk. They gave me some information about this marathon, and they stated it will end at 9:30 am. I looked through my Thomas Guide map book to seek an alternative route, but I couldn’t find any and I didn’t want to get lost. So, I waited in 96 degrees humidity, walking around and people-watching. I noticed many tourists were eating their breakfast, while a family took a snapshot with my yellow Beetle. By 9:45 am, I noticed the cops picking up the orange cones off the streets, and many cars crossed the intersection and just drove through as normal. I went inside my car and drove to the Fullerton house, which was close by Anaheim. I checked out the map of the marathon route, and it looked like it zigzagged through streets by Disneyland, Anaheim Convention Center, GardenWalk, Angel Stadium, and Honda Center. It doesn’t note how many miles the marathon was so I decided to internet search it on DuckDuckGo.

This marathon was presented by Cigna, and it started at 4:30 am at Disneyland Drive. It ended at Lilo Parking Lot. It is a 13.1-mile run, and it is a timed race.  Apparently, there were more marathons, which started on Saturday. One was 10K and one was 5K, as well as 3.1-mile run, 19.3-mile run, and a 6.2-mile run. From August 31st to September 2nd, there was a runDisney Health and Fitness Expo. Also, Disney Chefs provided some cooking tips for healthy meals. At the Runners Lounge, on Sunday, there was the VIP Experience, which is filled with activities for runners and guests. But I think it costs $200 for a guest to participate, and they have to be at least 10 years old. At least, Disney is trying to teach American to be healthy with better eating habits as well as exercise.

I added a video I did from a local Irvine mall during December’s holiday Disney decorations and music.