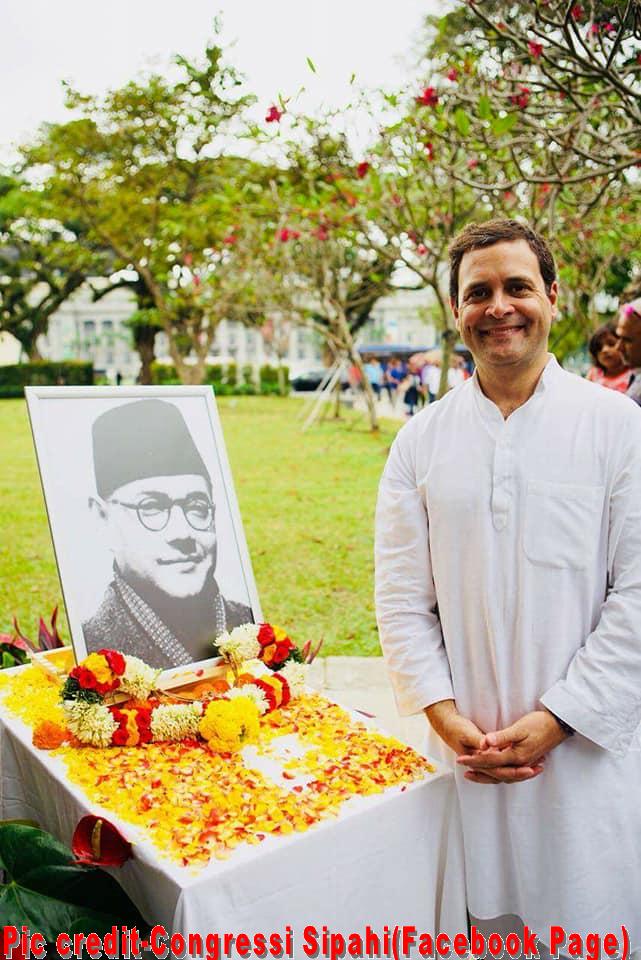 This is in fact not a snap shot in India but far away from the Country in Singapore. Mr. Rahul Gandhi is in tour to Singapore. He is offering a heartfelt of  tribute to the most followed youth icon and a true freedom fighter Subhash Chandra Bose. Not only to  India but also till each and every part of this universe had heard his dare devil step up for Mother India against the Colonial dictatorship during pre-independent period.

His unforgettable quote to youth of India ,”GIVE ME BLOOD ,I SHALL GIVE YOU FREEDOM” is still echoing in the ears of a true patriot.

Coming to the point…..In India Mr Rahul’s oppositions don’t let an inch to show his image and credibility as Showing Up. If so far away from the land where he is doing politics ,why will he  offer such heartfelt tribute to a real son of the soil?This also not in India’s Media today either breaking or in normal way.

Last but not the least is that in this INA Memorial Park in Singapore A True Patriot does remember another patriot in a simple way is really laudable.