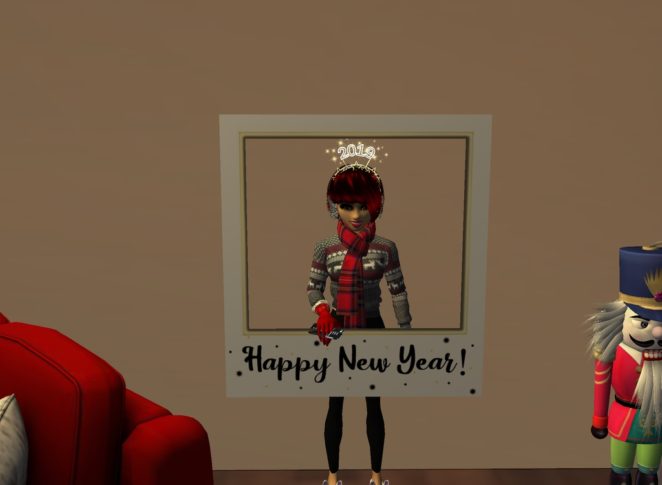 At around noon, I went to the South Coast Plaza area to do some errands. I needed to buy a new filter for my refrigerator as well as get a new calendar. The weather was warm and sunny.  I parked by Nordstrom department store and window-shopped through the mall. My first stop was at Best Buy, which is across the street from the mall. After making my purchase, I walked back to South Coast Plaza mall, window-shopped and took some holiday snapshots. Then, I drove to the dollar store to buy a 2019 calendar. I decided to get one of the animal ones. I picked the cats one because it also had a small mini calendar, too. But the puppies calendar was cute, too, and the horses were nice. I wasn’t sure which one I liked better. While browsing in the dollar store, I realized I needed some kitchen items. I also bought a movie dvd, The Experimenter. The movie looked interesting. I also needed some mesh laundry bags for washing delicate hand-wash items in washer.

The mall was busy but not overcrowded.

It was a relaxing and peaceful day. I returned home at around 3 pm. I decided to make the raw vegan avocado soup in my Raw Food recipe book. It was tasty. But I put too much chili pepper. Next time, I will add less. Then, I made espresso with my Moka. I added one scoop of vegan ice cream in the top section. When the coffee brewed, it mixed together, although the top layer is a lighter color. It was good.

The old movie, Breakfast of Tiffanys came on the indie channel. I watched it again. It is a fun romantic comedy, even though it is different from the novel. I have the novel. Some parts are different from the novel, especially the ending. In the movie, after getting mad and throwing the cat out in the rain because she finds out the Brazilian millionaire didn’t want to marry her, she also fights with her male friend, who ends up throwing the engagement ring and leaving her. Then, she sees the engagement ring, wears it, and realizes that he loves her, and he must be the one for her. I guess at this moment, she finds her, and she goes out in the rain searching for the cat. She finally finds it soaked and sitting inside a wooden crate. As she picks it up and holds it, her male friend is standing there waiting for her. She runs to him and they kiss, in which I take it that it is a “yes, I’ll marry you” sign. And, the movie ends with a happy ending with all three of them cuddled together in the rain.

I don’t remember the book had a happy ending. I think Holly Golightly leaves for Brazil. Her mail friend goes out in the street to search for the cat, and he cannot find it anywhere. He finally sees it sitting inside someone’s apartment by the window, looking back at him. He looks at the cat, and walks away alone in the rain. I guess someone had rescued the cat, and it is now dry inside its new home. In the novel, both Holly and the cat went to where they belonged. So, it was a happy ending for them. The cat found someone who wants it, and Holly went with her rich Brazilian, in which she probably married him. Her male friend was alone, working on his novels and writing jobs, and probably dating his Sugar Mama. (I need to read the novel again. I forgot the details).

I decided to do some laundry, before I turned on my computer to check on things. The internet is still lagging. So, I decided to come here for a while. I received two new IMVU gifts for new year’s–the 2019 tiara and photo frame. My avatar models them in the above snapshot.