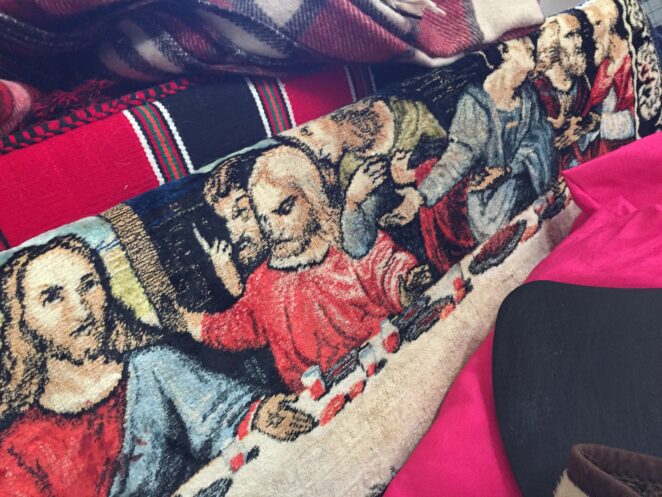 Ole Dammegard reiterates this is a Spiritual War, where the “good” is winning over “evil” in this world battle against the people. This “evil” includes all the New World Order collaborators, which includes Zionists, Illuminati, billionaires with their corrupt foundations, pedophiles, and other criminals.

They all think it is some kinds of power game, which includes depopulation, cashless society with microchip, and world slavery under One World Government in Israel.

Ole doesn’t vote because he doesn’t support politicians and organized crime. He wrote five books on exposing the truth and conspiracies.

Bill Clinton was created by the CIA.

Black Lives Matter was created by the Deep State and run by a Zionist for the first 70 years. ANTIFA is funded by Deep State, and they don’t represent black people. They represent Soros and Clintons, and the New World Order agenda.

Just a snapshot of a wall rug I have of the Last Supper. I think my late father bought it from a garage sale.