If everyone thinks money is money well in a way it is but along the way money has gained a lot of different nicknames. Some you might know and some will probably surprise you.

Lend Me a Buck

For people living in the U.S., a well-known reference to money is the buck. It is thought that this nickname was derived from buckskin. However not just the skin of a buck or male deer but it can also mean the skin of antelope, rabbit, hare, sheep or even goat. The Native Americans and frontiersmen from the 1850s would use deer skin to exchange for goods when bargaining with merchants. So buck remained as a popular term for money. Got a Lot of Cabbage

Now we all know when it comes to American money that it is green in color. Well, green can refer to many other things that are this color. However, money didn’t just become green it became known as cabbage. This refers, particularly to paper money. The word cabbage as a verb means “to steal” or “to pilfer”. Well, we all know how tempting it is for those without money to want to cabbage some. This term comes from Old French where cabas means “theft”. So always make sure that someone isn’t cabbaging your cabbage. Hey, who knows stranger things have happened. Next time you wish upon a star wish for some cabbage if you have a garden and then take a peek under the leaves. Pass Me Some Clams

Personally, I really love having a meal with clams and clam sauce. The word clam is also a slang term for the dollar bill. This usage appears to have originated from ancient times when clam shells were used as units of exchange. Native American tribes used different shells including clamshells as money even into the 19th century. Can you spare some clams? Derives from the Latin word for “duke” is ducat. This refers to a currency which was first issued by Roger II of Sicily, Duke of Apulia in the 11th century. Ducats made their way through Europe in the late Middle Ages and even during the Renaissance when ducats were included in “The Merchant of Venice” by Shakespeare. Ducats were even mentioned in the Hollywood made movie “Clueless” in 1995 when Cher Horowitz said about her teacher’s salary “He earns minor ducats for a thankless job”.

Another term for money greenback doesn’t just refer to the color. During the second year of the Civil War, the Union was going heavily into debt. The Demand Notes that were authorized at that time weren’t enough to be able to pay the soldiers. Finally on February 25, 1862, President Lincoln signed the first Legal Tender Act. There were $150,000,000 of paper currency printed with green ink and so one unit became known as the greenback. 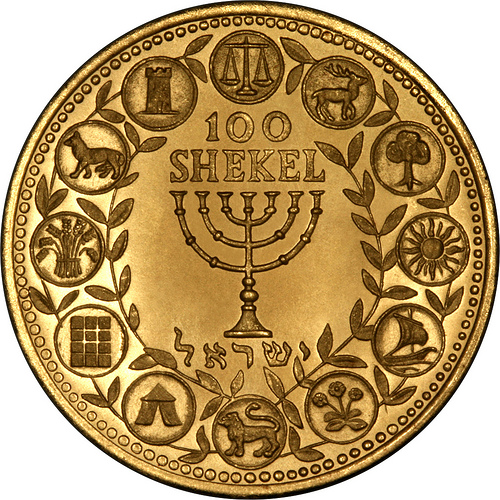 The shekel is the only actual form of currency which is still used today. It is the national currency of Israel. The word derives from a Babylonian weight unit, sheqel. This refers to the weight of a coin that was minted in silver by the ancient Hebrews. You would think that cheese would have nothing to do with money. Well, in this case, you would be wrong. An interesting slang term cheddar most often pronounced as cheddah refers to money. It is thought that the reason why cheddar became a monetary term is due to the cheese that was distributed to welfare recipients by the U.S. Government and better known as “governmental cheese” in a short story written by Junot Diaz. The word cheddar comes from the village of the same name in Somersetshire, England where this cheese was first made. Finally, a term which I think many already know – dough. It has been a term used by Americans since the 1850s. This term derives from doughface which was a nickname given to Northern Democrats who chose to work for the South in order to gain financially preceding the Civil War. The term means “a man who lets himself be molded” you could say according to need.

So the next time you hold some money in your hands remember that the more bucks you have the better. Never let anyone cabbage your cabbage, make sure you have plenty of cheddah on hand to mold more dough and oh, yes don’t forget to pass the clam sauce.