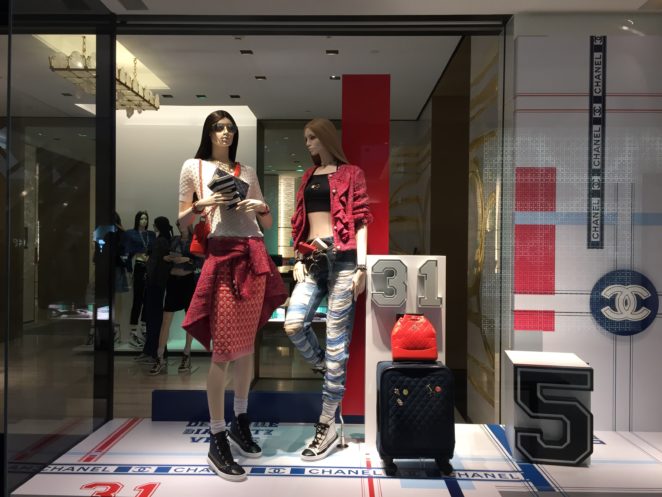 Today, I decided not to go to the gym because I wanted to do some errands at the mall. I went to the Apple store because my iPhone cable was tearing up. Then, I realized I needed to buy a new charger and cable for my Miniso Power Bank. So, I went to Best Buy. Then, I browsed in some stores, such as Nordstrom Rack and Saks OFF Fifth because I wanted to check their sales. I bought two items from Saks OFF 5th. Then, I went to the Nordstrom department store to check out their Michael Kors promo event at 4 pm.  I browsed the clothes, which looked like 80s and 90s inspiration styles because I used to have similar clothing styles in the 80s and 90s. But these clothes are very expensive. I had some champagne and hors d’oeuvres, and I chatted with one of the waiters. He told me about some vegan restaurants at Little Saigon Village, which I have been to once, back in the 90s. I want to check out that area again. But I am not sure when I will go there. I decided to leave at 5 pm, and I came straight home to change my clothes for walking meetup at 6 pm. By 8 pm, I was back home again.