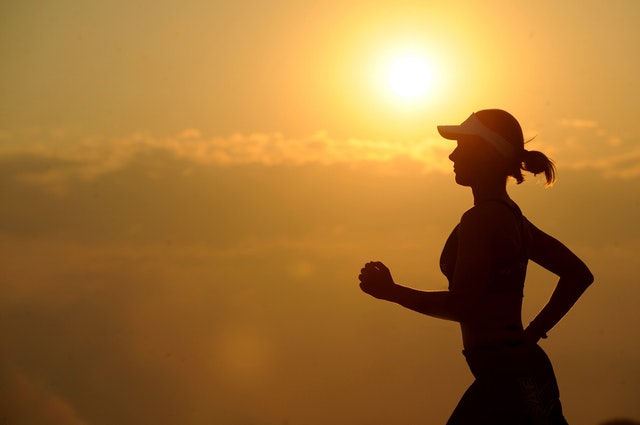 Statistics presenting an outlook on mental health are shocking. Mental issues are increasingly becoming common. In fact, a study by the World Health Organization (WHO) tags depression as the leading causing of disability among people in the world.

Clinicians also agree that mental health births far more instability than arthritis or depression. In the US, roughly 1 in 5 adults experience mental illness in a year. That’s 18.5% or 43.8 million people.

Similarly, 1 in 25 adults witnesses a severe psychological condition in a year. In other words, 9.8 million people in the American population suffer from a mental health ailment that limits their chief life activities.

The picture of psychological concerns in the UK and other parts of the world is also bleak. Luckily, sports and physical activity serve as the silver lining to the mental illness clouds.

The Royal College of Psychiatrists highlights exercises as a prescription for treatment for a broad array of mental health ailments. Regular exercise in the form of sports can deliver positive impacts for concerns such as anxiety, ADHD, depression, and more.

Moreover, participation in sports can assist in reducing stress while also helping manage the symptoms of Alzheimer’s disease. Studies suggest that physical activity can also lower the risk of getting diagnosed with Alzheimer’s disease on your Braintest reviews.

The fact of the matter is that sports help to amp up the physical activity quota of the mentally ill players. Undeniably, physical activity yields numerous health benefits including improved brain function and cognitive well-being.

More oxygen and blood travels to your brain, which nourishes the brain cells, boosting their health. At the same time, the increased activity with sports releases chemicals termed endorphins, which leave you feeling elated and relaxed.

This explanation chiefly sits at the heart of the role that sports play in improving mental health. Research conducted in Australia demonstrates that sports participation (between 1-3 times weekly) slashes psychological distress by 34%.

This benefit balloons to 46% when a person participates in sports for more than four times weekly. In sum, physical activity bears several brain and mental health merits.

Here’s a breakdown of how physical activity helps a person cope with mental health instability:

Playing sports corresponds with boosting mental skills. These include better learning, critical thinking, and concentration. Not only do these advantages suppress the risk of developing neurological disorders, but it can also improve the ailments.

Physical activity is credited as an effective way to lessen the symptoms of attention deficit hyperactivity disorder (ADHD) including better motivation, mood, memory, and concentration.

This is mainly because sports can help to improve the levels of serotonin, norepinephrine, and dopamine. A decline in these levels can seriously affect attention and focus. This is why exercise as part of sports works much like ADHD medications.

In the US, about 6.7% of the population is depressed. Moreover, 300 million folks around the globe suffer from depression as per the WHO. Fortunately, findings from several studies indicate that sports and physical activity work in the same way as antidepressants do.

Traditionally, depression is treated with psychotherapy and antidepressants. Presently, however, research has proven that sports can partially encourage the same neurological changes as antidepressants.

Extensive stress can also hinder daily activities. A survey conducted by the American Psychological Association in 2008 showed that more people reported emotional and physical symptoms owing to stress than those in 2007.

This shows that the impacts of stress are ever-growing, crippling the day-to-day life of individuals. Furthermore, an online poll from the same source reveals that 14% of the individuals rely on regular exercise to deal with stress.

In simple words, sports take down the level of stress hormones. At the same time, it also triggers the production of endorphins.

Fortunately, sports has a solution to this problem as well. Any form of physical activity including sports can boost sleep quality. This is mainly possible because sports tires you, which helps you sleep faster.

You can also slumber better. What’s more, improved sleep can improve your mental outlook the next day. Plus, it can boost mood. All these advantages pile together to deliver improved mental well-being.

Psychology Today holds self-esteem as the main culprit behind several mental illnesses. At the same time, it is understood that people with borderline personality disorder (BPD) can leave a person struggling with a poor sense of self-worth.

So, the relationship between low self-esteem and mental ailments can be vicious. One can easily lead to the other. In the light of such an outlook, sports can help break through the trap of low self-value.

It can up your confidence and improves self-esteem as well. The sense of self-image improves as strength, stamina, and skills increase due to playing sports. Not to mention, sport can foster a sense of achievement. Plus, there is improved energy due to physical activity, which can also improve mental well-being.

Sports and physical activity can significantly help to manage mental health instability. In short, sports work to improve mood by releasing endorphins and norepinephrine, which are the body’s natural happy chemicals.

It can also up serotonin levels, which is a chemical that assists in regulating mental health. Plus, stress levels due to the stress hormone also go down. It is due to all of these factors that sports can help to up strength, sharpen creativity and memory, enhance self-esteem, and improve sleep habits as well. All these advantages boost mental health.