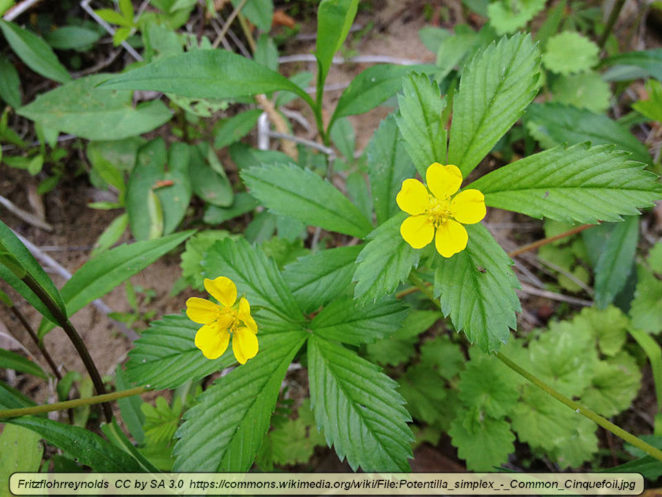 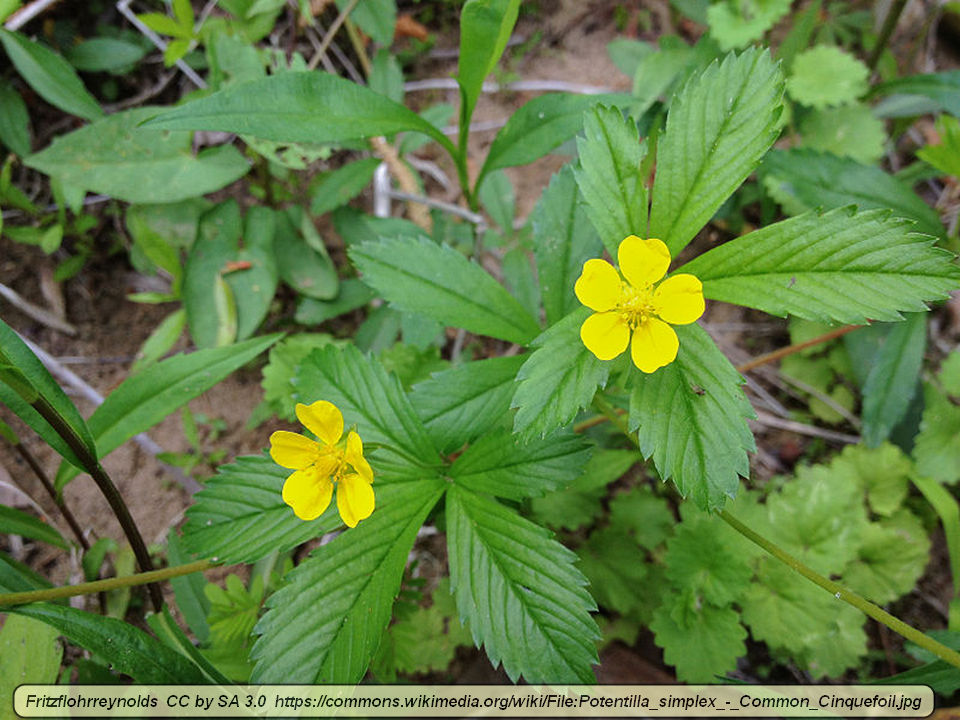 The common name of cinquefoil is a reference to the fact that his wild herb often has a compound group of five toothed leaflets. There are sometimes seven or more leaflets, though, depending on the species, but five is the most common.

There are actually over 300 different species and even more cultivars of cinquefoil. Some of them are annuals while others are perennials. A few even grow as biennials. The plant is attractive and is sometimes purposely grown for landscaping purposes, though it grows wild in many places. Cinquefoil is a member of the rose family, though the blossoms are usually substantially smaller and normally don’t have the fragrance associated with roses. This plant is also closely related to strawberries and is sometimes called barren strawberries because they don’t produce strawberry-like fruits. The leaves are often similar in appearance to strawberries, too, except that strawberries have leaves of three rather than five or more.

The flowers can be in various colors, but common cinquefoil most often has bright yellow flowers, each with five petals. It is also normally a low growing plant that can function as a ground cover, usually between a half of a foot to a foot and a half tall, although some species grow as a low bush. 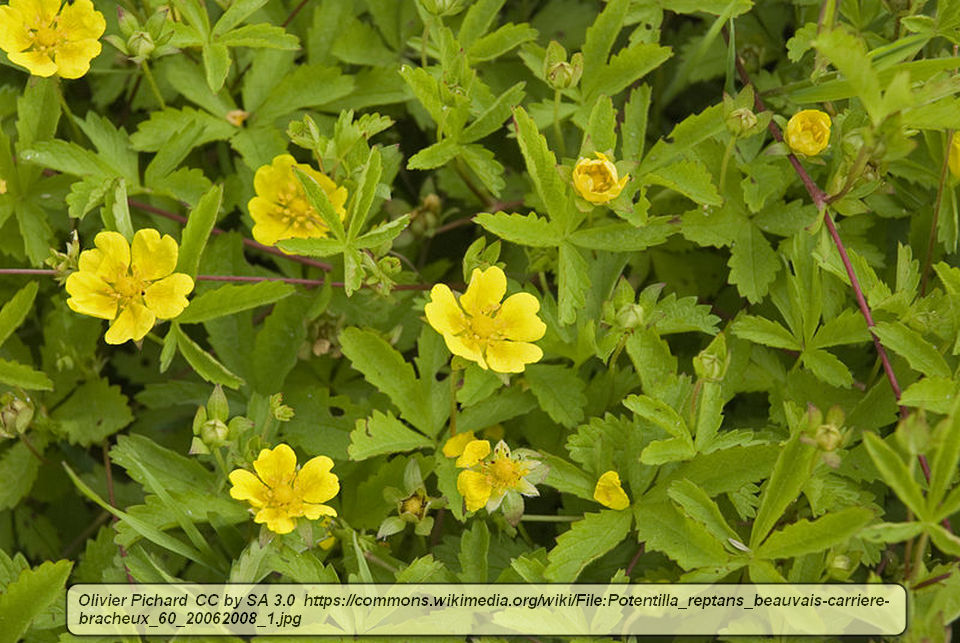 This wild herb grows wild in most of the cooler areas of the world. It is very common in the UK, North America and in Europe. In North America, it grows throughout the north and most of Canada. It is sometimes cultivated in the south, too.

Several species of cinquefoil have been used medicinally for a very long time. It was used by the ancient Romans and has been used by Native Americans for at least that long. Both the roots and the leaves have medicinal value and many sources list the plant properties as anti-inflammatory, astringent, antiseptic, antispasmodic and diuretic. Additionally, the plant can be used as a mild febrifuge.

A tea made with a tablespoon of the roots or herb to a cup of boiling water is used for swelling and pain in the mouth, bleeding gums, toothache, stomach ulcers, raw or sore throat, diarrhea, inflammation of the digestive tract, stomach cramps, menstrual pain and several American Indian tribes used it as a laxative. It can be useful to take the tea during a cold or the flu, since is lessens swelling and pain in the throat, soothes the stomach and can ease coughing and helps to control fevers.

Both the fresh and dried herb can be used, though fresh is stronger in action. An extract can also be made by crushing the fresh roots or leaves, putting these in a jar with a tight-fitting lid and covering them with vodka. The jar is then capped and the mixture is shaken daily for two weeks. The leaves and roots are then filtered out through cheesecloth. The extract is much more potent than the tea, so a teaspoonful is roughly equivalent to a cup of the tea.

Cinquefoil is a plant that is worth learning to recognize on sight and thankfully, this isn’t hard to do. Although the wild herb contains iron, calcium, and magnesium, its main value is when used medicinally rather than as food. This could make cinquefoil especially valuable in a survival situation. For that reason, it could be considered to be a survival herb, though it isn’t normally eaten.