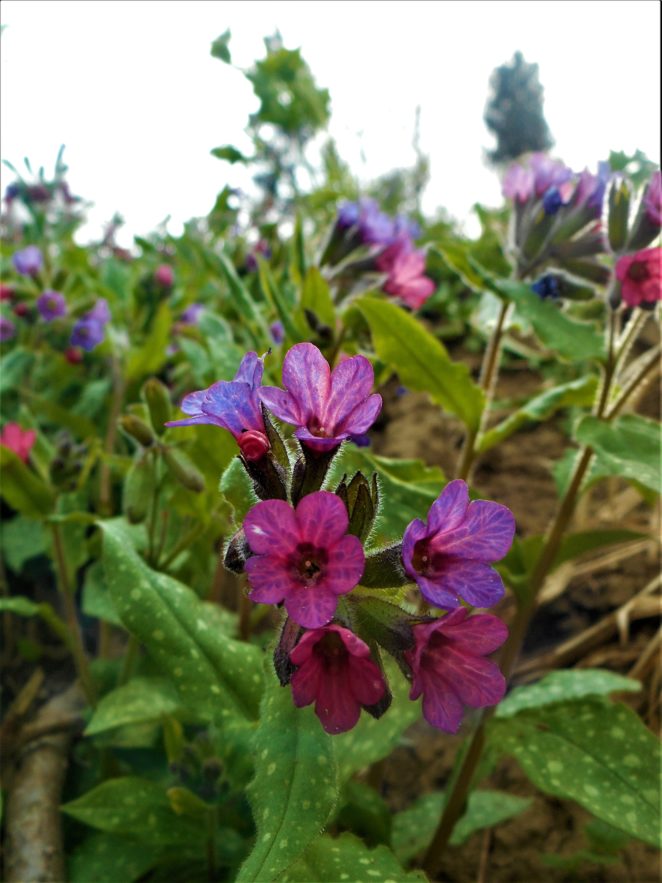 “Cadfael” is one of my favorite British mystery television series.  It’s one of the few TV shows based a book series where I actually read the books first:  “The Cadfael Chronicles”.  In that program, Cadfael solves crimes because he has a knack for it.  But he is a brother in a 12th-century Catholic monastery in England who specializes in herbal medicines.  I enjoyed the shows and books because I learned a lot about herbalism.  Vidocka publishes posts on various topics but her posts that interest me the most are the ones about herbs and plants used for medicinal purposes.

Pulmonaria officinalis – for the health of your respiratory system!

Sambucus – a chemistry chest of peasants