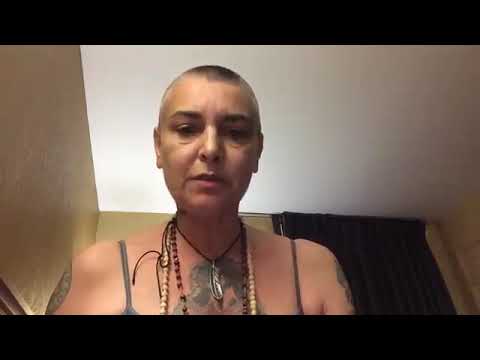 This video is interesting, which about Sinead O’Conner is struggling with mentally ill issues, and she went to Dr. Phil for help. He states that he has helped her until he sent to her to a Treatment Center, which was a nightmare. In this video, she calls out Dr. Phil and this Treatment Center as a very dangerous facility trying to kill patients in many ways, and it needs to be shut down.

I think she is under Mk-Ultra mind control, and it appears that Dr. Phil is her Handler, trying to control her via psychiatric methods in order to be a certain way because she wants help, and they aren’t helping her, or she isn’t getting the help that she needs, which is sad.

Dr. Phil’s show is stupid because he is really annoying, and I doubt if he is really helping any of these idiots on the show. His show is just a talk show for entertainment purposes, publicity, and a form of distractions.

Dr. Phil goes on the Jimmy Kimmel Talk Show, where Jimmy talks about Dr. Phil as a multimillionaire. He talks about his patient Sinead O’Conner begging for treatment in order to be used as an example on his show to help other mentally ill people dealing with similar issues. Her mother used to abuse her physically, sexually and mentally as well as neglect her. (I do notice many stories of various mentally ill people who aren’t really helped, but rather they are over-drugged, maybe to shut them up or make their situation even worse).

Wendy Williams discusses Sinead O’Conner’s response to Miley Cyrus Wrecking Ball video and Miley’s inspiration for doing this video. Wendy agrees with Sinead, but Miley doesn’t. I agree with Wendy Williams’ comments on this video about these celebrities’ issues. She makes sense.