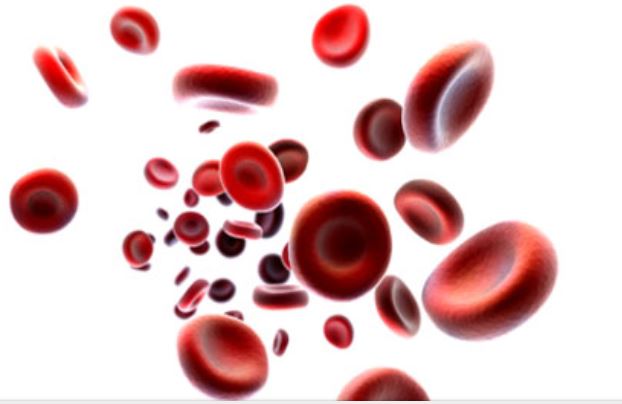 “Hemo” refers to “blood”, “chromat” refers to “color” and “osis” is “disease”. The medical term “hemochromatosis” refers to an excess or an overload (not a lack) of iron in the blood. The “chromat” section refers to the bronze skin coloring that people get when they have an excessive amount of iron in the blood. Iron in every individual is necessary in the body as it is an essential component to blood production. Approximately 70% of iron is found in the red blood cells (RBC) called heamoglobin and also in muscle cells called myoglobin. Heamoglobin is essential for the transfer of oxygen in your blood from the lungs to the tissues and organs and also for cellular respiration. Iron is also involved in the conversion of blood sugar into energy and helps in the production of certain enzymes such as the ones necessary for the manufacture of new cells necessary during the recovery process from an illness or accident.

You ingest iron through the foods that you eat. It is in higher concentration in beef, seafood (clams and oysters), in the liver of pork or chicken, beef and lamb. Iron is better absorbed from meat sources but plant iron is better regulated in the human body. That means that plant iron is less harmful than meat iron. One of the most common causes of excess iron is the regular consumption of alcool which helps the iron absorption of any dietary iron. In men, iron excess is more prominent than in women probably due to the menses and pregnancy that women go through. But some women will develop “hemocromatosis” during and after their menopause. But “hemochromatosis” does not develop just from the food you ingest, it is a genetic disease (at least 15 million Americans are at risk of developing it) mostly seen in men who are of Irish, Scottish and Norhern Europeans descent, who drink heavily and who have a family history of high iron levels. “Hemochromatosis” can also develop if you have an infectious disease such as Epstein-Barr, an autoimmune disorder such as RA (rhumatoid arthritis) or liver disease which interferes with the body’s ability to process or properly absorb iron and thus bringing ferritin level higher.

By having yourself tested, you can learn about your iron level. But a simple CBC (complete blood count) is not enough. You need to have a Serum Iron level (SI) done. This tests the iron in the plasma that is bound to transferrin. The normal for males is 65 to 176 ug/dl (deciliter), for females 50 to 170 ug/dl. You also need to have a Serum Ferritin (SF) level done. Ferritin is a blood cell protein that stores iron. The normal levels for males are 12 to 300 ng/ml and for women 12-150 ng/ml. Finally, you should also get a Total Iron Binding Capacity (TIBC) test done. The normal is 240-450 mcg/dl.

You would think that an overload of iron can make you better and stronger just like Popeye or the new Iron Man. But in fact, excess iron can cause more damage than bring on benefits. That is because iron is not excreted easily through urine, bile or sweat. The primary method of losing iron naturally is by the shedding of cells from the skin or the gastrointestinal tract (GI) and of course also from chronic or sudden blood loss such as a blood donation or an accident.

Mostly men experience an iron overload and this iron extra deposits itself in different organs. For example, iron deposits in the testicles can bring on shrinkage of the testicles and eventually possibly even impotence. Excess iron also deposits itself on the pancreas where insulin is produced, causing a decrease in that insulin production which can result in diabetes. Iron deposits in the heart muscle can cause cardiomyopathy (chronic disease of the heart muscle), may even lead to heart failure and possibly a heart attack or myocardial infarction (MI). The accumulation of iron in the liver can cause scarring of the liver (cirrhosis). Iron excess can also increase the risk of cancers such as liver, testicular and other types of cancer.

The symptoms of “hemochromatosis” are usually vague and they include common symptoms of some other diseases, hence the importance of blood work. The symptoms include chronic fatigue, joint pain, loss of sex drive, abdominal pain, depression, heart flutters or irregular hearbeats, change in skin color such as bronze, reddish or ashen-grey.

There is not a plethora of treatment for treating “hemochromatosis” and bring iron levels down. The main treatment is Therapeutic Phlebotomy (TP) which is having a certain amount of blood (usually a pint or 500 ml)) drawn to remove the excess iron which is equivalent to a blood donation. Regular blood donation is usually done every 8 weeks but in severe cases of “hemochromatosis”, a person can have up to 8 blood donation per month until the level of at least 50-150ng/ml is reached. The person who is diagnosed with “hemochromatosis” can also follow a hemochromatosis-friendly diet, that is by decreasing dramatically their intake of iron.

To conclude, to all men who are of Irish, Scottish and North European descent, who drink everyday and have a family history of high iron, beware and have yourselves checked out. Women should also be monitored after their menopause for the possibility of excess iron.