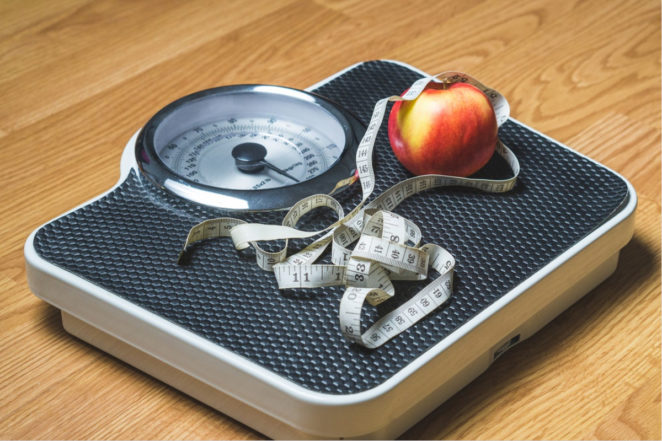 I was forever the 200+ lb. ‘Fat Girl’; the one who endlessly shopped in the plus-sized section of department stores, generally tipping the scale at about 240 lbs. for about 20+ years, and frankly accustomed to it.

My weight ballooned to 287 lbs. while in my late 30’s (I am now in my ‘60’s) and recalling that weight makes me shudder.  A trip to Florida also brings back the nightmare I faced dealing with stares from people and my expanding waistline.

Throughout the mid-1990’s to 2002, I called hospital home due to the struggles with mental illness; I had been hospitalized countless times for major depression, dealing with muddy dark times and on a cocktail of too many psychiatric medications. Some meds with their side effects increased my weight, and the pounds and heaviness remained that way for many years.

I traveled to Disneyland on a much-needed trip, excited to embark on a new destination and uncertain what to expect.  While exploring their colorful buildings and unique sites, I was fascinated by Disney’s animating rides, yet distressed and disheartened when incapable to cram myself into the ride’s seats.  Another debacle occurred while attempting a Ferris wheel ride where my extra girth across the waistline prevented the seat belt from fastening.  I departed red-faced from that embarrassing moment.

But, I had a gallbladder illness in November 2012, and by then had slimmed down to 185 lbs.

Yes, the gallbladder calamity.  It altered my life for the worse.

I experienced problem after problem with this gallbladder and throughout this time, doctors ordered: “No fried food and no rich desserts or you will irritate your gallbladder.”

From November 2012 to March 2013 I was loyal to this crappy diet, thereby dropping 45 pounds in such a short time.  I was also tremendously ill.

To be my ‘dream weight’ of 140 was a disbelief yet always too far away for my weighty body.

My clothing size dropped from a size 22 to size 12/14.  I could fit into Calvin Klein jeans for once in my life!! Also, I was also receiving praises and compliments from people who never appeared to notice me before.

But, as time progressed, this lower weight wasn’t acceptable or meaningful and I was hell-bent on losing more at any cost. My tactics of starving myself, restricting food, weighing daily, preoccupation with a fear of eating was now a health problem. I aspired to look slim and presentable for once in my life.

A hellish downward spiral was beginning; my exhilaration was short-lived. I was now diagnosed, at 58, with an eating disorder called ‘anorexia’ and advancing towards an eating disorder program. I was beyond miserable weighing my ‘dream weight’ of 140 lbs, and on-going twice per week therapy to cope with this depressing ‘thin’ journey!!

The final aftermath was my admission to participate in an (as an in-patient) adult eating disorder program (luckily in my city).  Almost 60 years of age, and involving yourself in an (emotional) eating disorder program relating to mental health was demanding. All other patients were under 30 (felt as if I was their grandmother) I was becoming irritable, frustrated, found it too problematic and left after four weeks (8-week program).  Therapy was a life-saver.

Although a battle, I’m 61 years old and fully recovered from my eating disorder and back to a healthy weight. It was a perplexing but real eye-opener to be overweight throughout your life and diagnosed as anorexic when you are close to 60 years old.

There is a valuable article about Adult Women suffering from Eating Disorders at this link:  Huffpost.com

Written and copyrighted by Deb McCarthy 2017