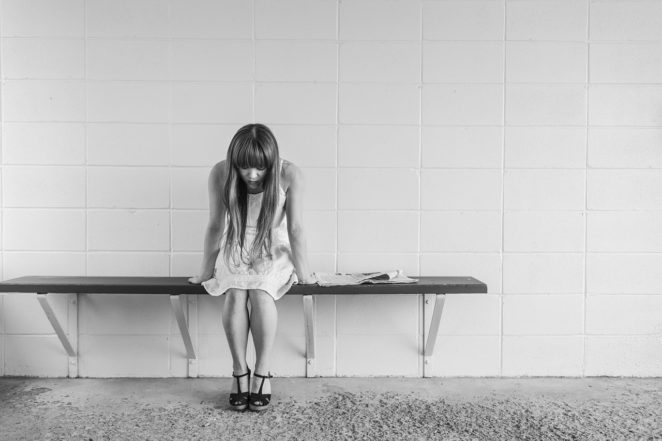 Many people suffer from depression, for those that don’t, they are often under the belief that people suffering from it can just snap out of it and get better. However, that is not the case. Depression isn’t something you are able to just snap out of. Even on your better days, it’s always there, like a little monster waiting to rear its ugly head. Sometimes it creeps in slowly, other times it hits you with such force that you are almost suffocated by it.

I have suffered from depression since I was a young child, and it wasn’t until my mid-twenties that I began to understand that fact. Before then I just thought I was a moody child growing up, now I understand that it was something more. Don’t get me wrong, I was also a very happy child but I now know in those moments when I felt really down for no apparent reason what it was.

A lot of people who suffer from this mental illness hide it, this could be because they don’t know they have it like I did, or they are too ashamed or too afraid to seek help. If you feel that you are struggling with depression then it is important that you seek help. Particularly because depression can be hard to see and that dark ugly monster inside you can be hard to control without some form of help. This could be in the form of medication and therapy.

Just recently lead singer of the band Linkin Park, Chester Bennington committed suicide. He was suffering from depression and it sadly got the better of him. To his fans he seemed to have it all and was happy, and why wouldn’t he be? Chester had a loving family and a very successful career, however, like his wife said after she released a video of him laughing and joking with his family just 36 before – depression doesn’t have a face.

It is often the people that seem the happiest that suffer from the illness the worse. They try and hide the fact that they are suffering from a mental illness via laughter and joking around. It isn’t always sitting in a room and feeling the darkness taking over. Depression can be managed with the right help, and in getting that help you can continue to live your life. You will still have bad days, but they will not be as dark as they once were, and that monster inside will go back to where it came from.