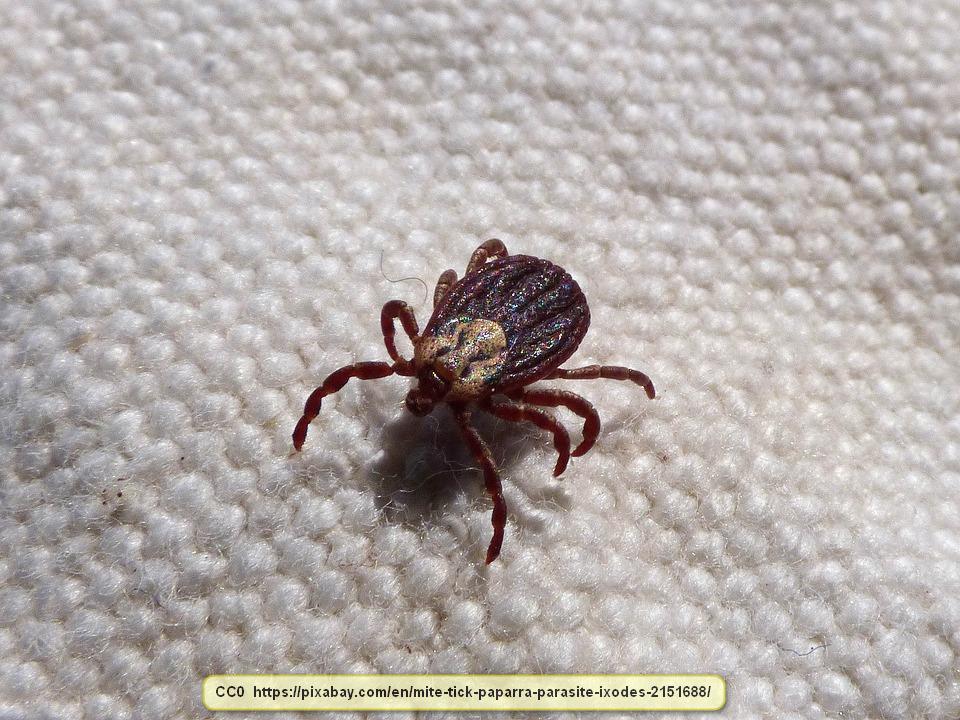 In the spring and summer, warm temperatures mean that tick season has begun This is quite important because ticks carry a number of really nasty diseases, such as Lyme disease and Rocky Mountain Spotted Fever. These illnesses aren’t even the worst tick-borne illnesses. Mind you, not all tick bites are dangerous, but there is no sense in taking chances.

As with many creatures like ticks, knowledge is often a great first defense. For instance, did you know that a tick isn’t an insect? Ticks are arachnids and are related to spiders and mites. They are commonly found in forests, fields, along fence rows, in gardens and even in carefully manicured and cut lawns. Thus, while it might be good advice to simply avoid the places where ticks are likely to be, it is very difficult to do so.

For that matter, staying inside isn’t an option, either. Pets and other people who go outside and come inside can still carry ticks with them.

There are around 1,000 species of ticks and though they can have different appearances and colors, most function in the same sort of way. That is, they cling to vegetation or walls and grab onto animals that walk by, including pets and people. Some even infest birds. They are found throughout most of the world, especially in hot and humid areas.

Often, these creatures will grab on to a surface less than a foot and a half from the ground. They then usually work their way upward once they hitchhike a ride on a victim, searching for a place where they aren’t easily seen, such as inside loose clothing or hair.

Ticks can detect both a victim’s breath and body aroma, as well as vibration, so they don’t grab on haphazardly. Once they find a suitable location, the tick cuts a hole in the skin in order to begin feeding on the blood of the host. This is normally painless and as they start feeding, they excrete anti-clotting substances so the blood will continue to flow. The diseases are transmitted during the flow of blood.

To lessen the chance of getting bitten, people can wear light-colored clothing that makes the ticks easier to see. Insecticides like those used to repel mosquitoes often work well on repelling ticks, too. Pants and shirts should be tight-fitting, especially around the cuffs. After coming indoors from areas where ticks are likely to be found, people should shower or bathe and use the buddy system to check for ticks in places on the body that you can’t see. Ticks that are found and removed within the first day and a half are much less likely to transmit disease. For pets, tick collars can be quite effective, but pets should be frequently examined for ticks, too.

If a tick is found, it can be removed using a pair of tweezers. Grasp the tick as close to the mouthparts as possible and pull it gently but steadily away from the skin. Take care not to crush the tick, because secondary infections can set in. The CDC warns people not to remove ticks by painting them with alcohol, fingernail polish remover, or by using heat. As soon as the tick is removed, make sure that you disinfect the area of the bite with soap and water, hydrogen peroxide or rubbing alcohol.

Watch for signs of the flu or a rash as those are often early signals of infection. If a rash or flu-like symptoms occur, a doctor should be contacted.

Diseases caused by ticks can be minimized and steps can be taken to avoid bites. However, the worst thing that people can do is to ignore the risk. Tick bites can cause potentially life-threatening illnesses and this is an instance where too much caution is far better than not enough.