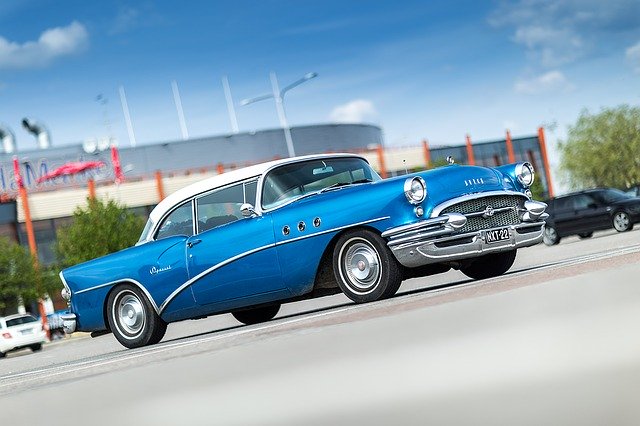 In 1998, my late husband and I loaded up the trucks and relocated our family to Austin, Texas.  The first major expense that occurred shortly after we arrived was buying a car.  When I say “shortly” I mean that we had only been in the city for not even a few months.  My son was driving our old car.  He had an accident.  He walked away but the car went to car heaven.

Back then we were a one-car family and since the public transportation system in Austin was not all that good, we knew we needed to get a car and fast!  We could not afford a brand new car so we bought a used car.  The first thing that happened after we bought the used car was … it broke down!  Being brand new to the city we didn’t really know who to call.  I picked up a local publication, started browsing through it and found the name of a guy who advertised that he fixed cars, 24/7 and that he came to you.  We were in a hotel.  He came to us to fix the car, in the parking lot!

I called the phone number in the advertisement and talked to the guy before he came over.  When I hung up the phone, I said to my late husband:  “That guy sounds awfully young.  Do you think we can trust him to fix the car?”  My husband replied:  “Aw!  Don’t worry!  He’s probably one of those guys who like to work on classic cars.”

Turns out the young guy was terrific when it came to fixing cars.  It also turns out that he was one of those guys who liked working on classic cars.  LOL.

That’s why I picked tweets about classic cars.

You probably don’t miss the old cars because they were gas guzzlers and bad for the environment.  But some of those classic cars are being updated to become more eco-friendly.  YAY!

I mean where else would you keep it! #Cobra #ACCobra #Shelby #ClassicCar #MuscleCar #FridayMotivation pic.twitter.com/uBfe236qwa

via Classic Car Daily
The original Morgan Plus 4 was built by Morgan Motor Company in Malvern in the UK between 1950 and 1969. The car was a more powerful and longer version of its predecessor the 4/4 model.
Read more: https://t.co/rtfPRsTdGQ pic.twitter.com/kYTVEnNy8P

The most successful bus of the 1950's & the first coach with a self-supporting body: the @MercedesBenz O3500 & the #Setra S8. @Daimler Buses will present two milestones of bus history at #RetroClassics, the world’s largest classic car fair, March 7-10 @Messe_Stuttgart. pic.twitter.com/3B7JI3gdyZ

The 1966 Pontiac Grand Prix is a true classic car. This was Pontiac’s big sports luxury hardtop and was one of the most popular personal automobiles of the 1960’s…specs, photos, styling details, production numbers at..https://t.co/pNSADkKW45 pic.twitter.com/DBm4FFwE2F

“Classic Car on Sunset Strip #hollywoodtour #sunsetstrip #sunsetblvd #losangeles #cali #california #biketourshollywood #classiccar #photography…” HOLLYWOOD TOURS IN LOS ANGELES on Instagram: https://t.co/0r8FOWpBxM !~ Is this a cool car or what?? You know you want it! LOL. pic.twitter.com/Yn3wBKSmJ2

Flex your classic car knowledge! Can you name this classic Buick model? Hint: it's from the 80's. pic.twitter.com/YPe2frOrHA

Meet the #Buick #Skylark! First produced in 1953, this classic car was made in six productions over the past 46 years to deliver new technology and design! Which would you love to ride in, the red or blue? #ThrowbackThursday pic.twitter.com/KDvwGqbSLz