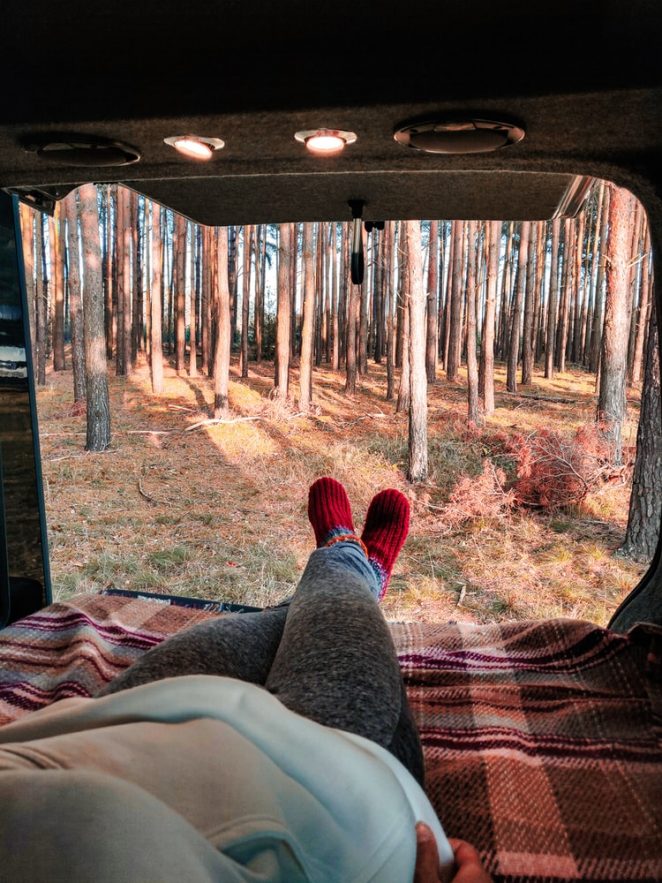 Camper vans are can either be a niche option or an extremely useful vehicle to own, depending on your needs. Designed to work as living spaces in either short-term or long-term situations, they can be used in a huge variety of ways, and often come with their own unique designs that add extra features or accessories.

However, this makes them a little harder to buy and sell than a regular car. How do you buy a camper van from scratch, and what kind of work goes into selling one?

Most of the time, camper vans are sold just like cars, vans, or any other vehicle. However, they’re often handled in separate sections of whatever sites or dealerships offer them, and are treated as their own vehicle category most of the time. This can also mean that there are some companies entirely dedicated to camper van sales, too.

Buying a campervan usually involves having to look through both used and new models, and those are usually treated differently too. Apart from the amount that you’re expected to pay, used campervans might also have issues or problems that have to be fixed by the new owner, which will usually be explained on the listing.

The condition of a camper van is extremely important, since it can help people avoid major accidents or mechanical failures. While it’s usually best to repair things like worn brakes or damaged tires before you sell them, some people sell their vehicles with these issues as a way to get rid of the camper van faster – even if it gets them a lower profit.

Be sure that you know what kind of condition a camper van will come in before you buy it. If you get a camper van without proper brakes, but you didn’t check to see if that was listed, then you might end up driving away in the vehicle and causing an accident or seriously hurting yourself.

Condition can also relate to the physical appearance of the vehicle. A camper van might function perfectly well, but be in poor condition externally, which means things like worn paint, scratched edges, or even missing detailing and dented surfaces. These are things that don’t have to be fixed unless they’re serious, but can also knock down the price of the camper van itself.

Age is something that can matter a lot for pre-owned camper vans, since a newer van comes with a higher price. However, they also generally have fewer flaws and don’t take as much time to get into perfect condition, which can be a longer harder with holder vans that have suffered more wear and tear.

On the other hand, some people prefer to buy older vans for the added character and the possibility of extra modifications made by the original owners. Some vans also aren’t produced anymore, meaning that there are no brand-new models to choose from.

Actually buying a camper van isn’t all that hard most of the time. If t’s done through regular markets, then it’s handled in a similar way to a car or van, meaning that you usually have to do the exact same things that you would do while buying any other vehicle. This can sometimes mean that there are extra checks and tests involved, especially if you’re buying a pre-owned camper van.

For second-hand markets or independent sellers, things might change, since there aren’t always the same kind of checks. These sales are sometimes even done over apps or on websites, things that you might not expect for something that’s technically a full vehicle.

Be sure that you’re not getting scammed, too. Scams are very rare if you’re on official sites, but over-paying for a vehicle listing or being sold the wrong kind of camper van are all very possible. Make sure you know what you’re getting, and don’t follow a seller’s instructions if they seem shady.

Once you actually get a camper van, it needs to be cleaned. Many people forget that pre-owned campers often come with whatever changes, damage, and other differences the previous owners left, which can be anything from slightly scuffed surfaces to major modifications. For example, there may be an extra table surface installed or a slightly different sleeping/sitting space.

Make sure that you clean out your new camper van as soon as possible, especially if it wasn’t bought from a proper marketplace that has official checks or verification systems in place. This can help you avoid problems with mess or damage that can get worse the longer you leave it there.

Selling a camper van is fairly simple too, although it depends on how you want to do it. Official marketplaces are the most reliable and easiest to use, and some are even accessible through your phone. Looking up the 10 best apps for selling your Volkswagen T6.1 (or whatever other camper van you’re selling) can be a great starting point.

You can also try to sell camper vans in person as an unofficial exchange, but since camper vans are technically regular vehicles, there might be restrictions on how this can be done and what you’re allowed to agree on. The specifics of the sale might also change the way that it has to work.

The way that you actually sell the camper van varies based on the platform or service you use, too. Make sure that you’re accurate with your listings and keep everything properly set up, then you shouldn’t run into problems with making the sale. Just be sure that you get all the details right about the camper van you have to sell.

Once you know what platform you’re selling on, it becomes very important to get the listing correct. Some sites and services quire some in-depth knowledge about the vehicle, from the mileage it has traveled to the type of engine that it uses. Making assumptions can easily backfire – after all, nobody wants to buy a vehicle and find that it’s been misrepresented by the seller.

Make sure you price it reasonably, too, if the service allows custom pricing. Your camper van might be full of very personal touches and modifications, and may have a very long history in your family, but those won’t always matter to whoever is buying it. Impractical changes can make it harder to get full price for your camper van, so it can be cheaper to remove them before listing it.

A lot of the time, selling a camper van just requires some thought. Knowing the best way to sell your vehicle or write a listing for a particular site can take some time, but unless you want to sell it quickly, you also have time to go back and adjust what you’ve created. This also means choosing a good price, finding accurate details, and identifying any problems or flaws with your camper van.

Whatever you do, it shouldn’t be that hard to sell your camper van unless it’s a heavily-modified or very niche model. Even then, you just have to change how you market it and what kind of terms you’re using, and you can always ask around in real life to see if any friends are interested in buying it.