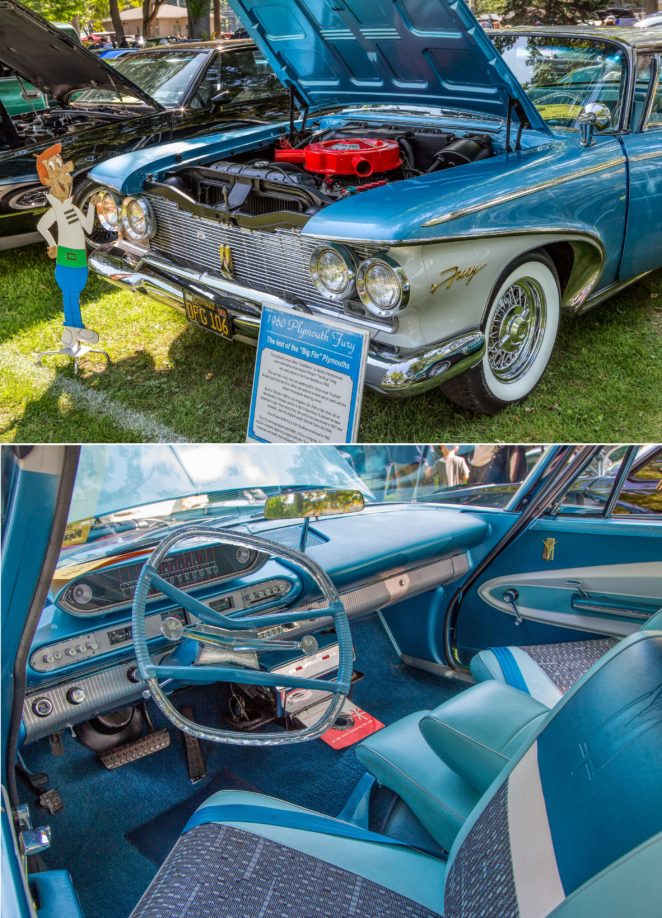 George Jetson at the Olcott Beach Car Show? I had to look closer to this car and see why. This unusual car was a “futuristic” (in 1960) vehicle with wild and unusual features. This was the 1960 Plymouth Fury which had the last of the Big Fins in the rear of the body. The Plymouth called the fins “Stabilizers” that helped Richard Petty win so many races. This car actually had a Victrola 45 record player under the dashboard to play your favorite records. My favorite part was the futuristic interior and its clear and unusually shaped steering wheel.