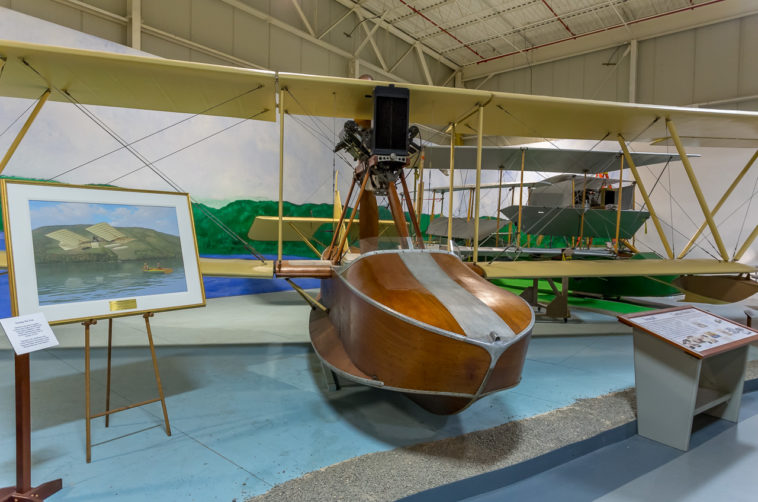 The Glenn Curtiss Museum in Hammondsport, N.Y. in the Fingerlakes had many types of exhibits. After seeing motorcycle, a sailboat and some wine making tools, we visit some of the airplanes there at the museum. Glenn Curtiss was famous for fitting his motorcycle engine to an airplane frame and making early flights rivaling and competing with the Wright Brothers.  He quickly moved on to airplanes like this one that could take off and land on water. This was a good idea as there were few airport’s on dry land for airplanes. He worked hard to get Navy contracts for his well made aircraft.