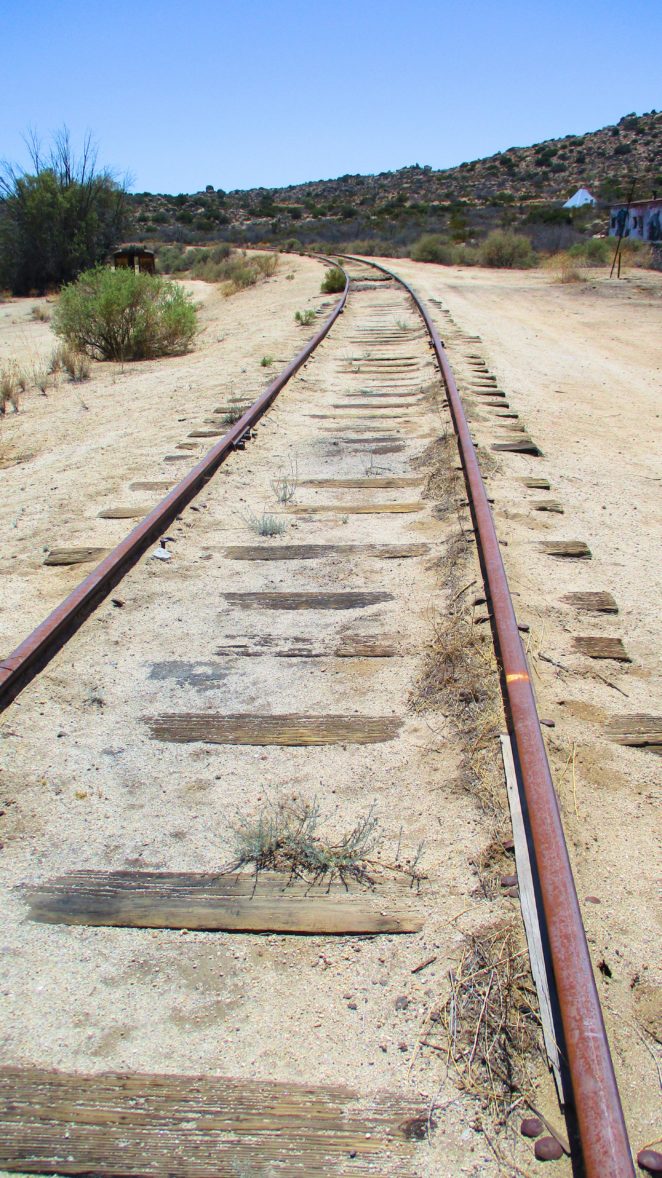 While visiting Jacumba Hot Springs California, an almost abandoned town on the Mexico/California border we came across an old railroad depot and trains.

My previous post on Jacumba Hot Springs can be found here.

By the name of the town you would expect it to be a bustling town full of tourists and shops. It once was exactly this, a hopping little town that Hollywood movie stars often visited.

While driving the streets of this tiny town I saw a street sign that read, Railroad Street… Traveling up the road to the end, I was surprised to see these! 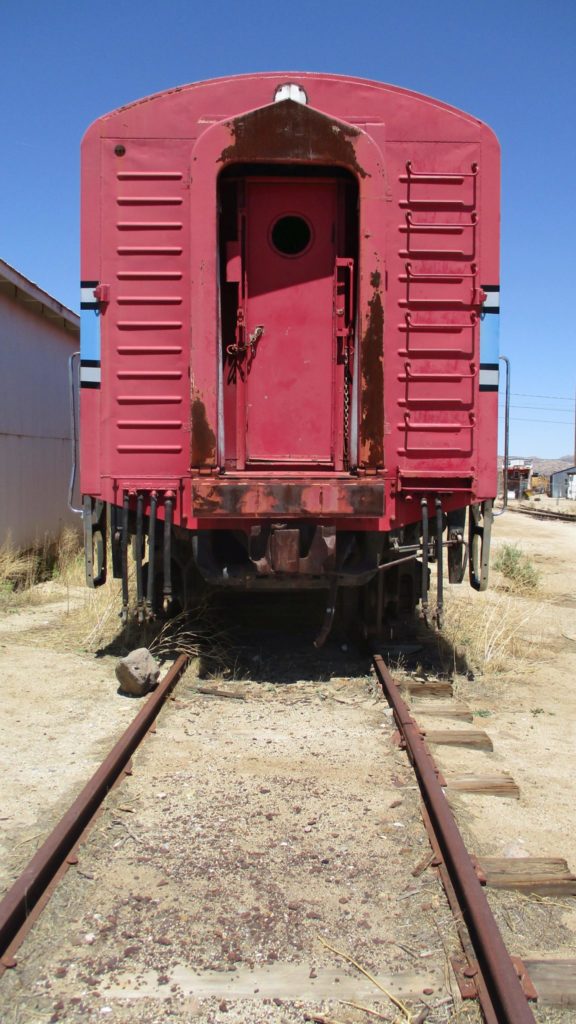 We stepped out and this place was so quiet, you could almost hear the voices of the passengers that once road in these cars. 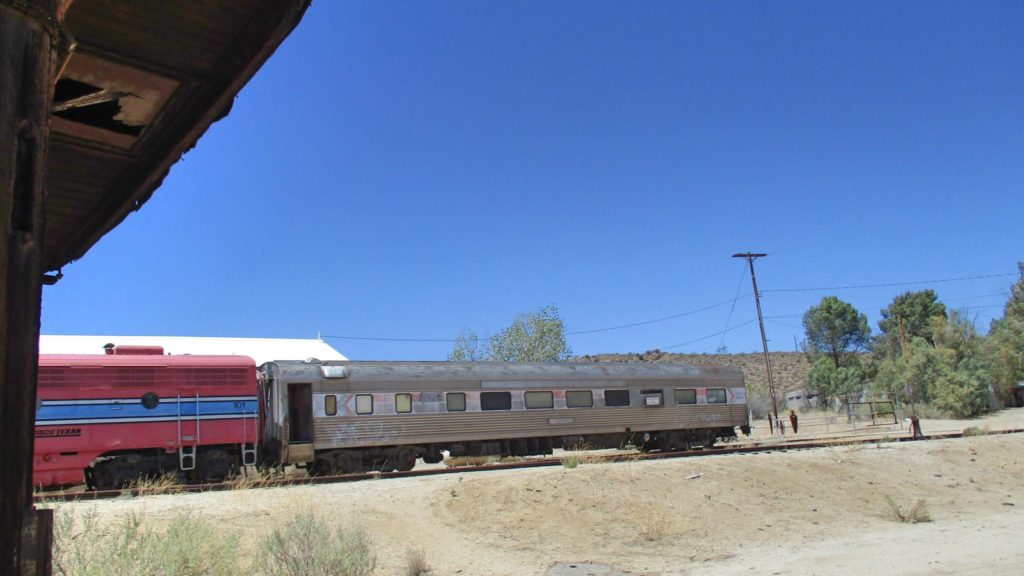 These cars were abandoned on the tracks that used to be Carrizo Gorge Railroad. The railroad lines were operated on the San Diego and Arizona Eastern Railway. This moved from Tijuana, Mexico to Plaster City, California. 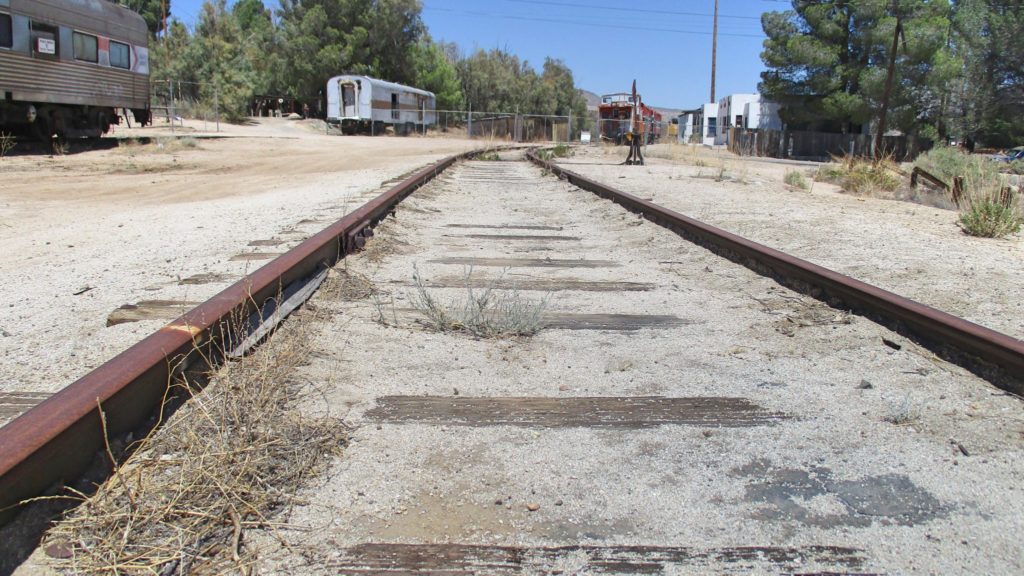 The railroad was built in 1919 and handled passengers until 1951. 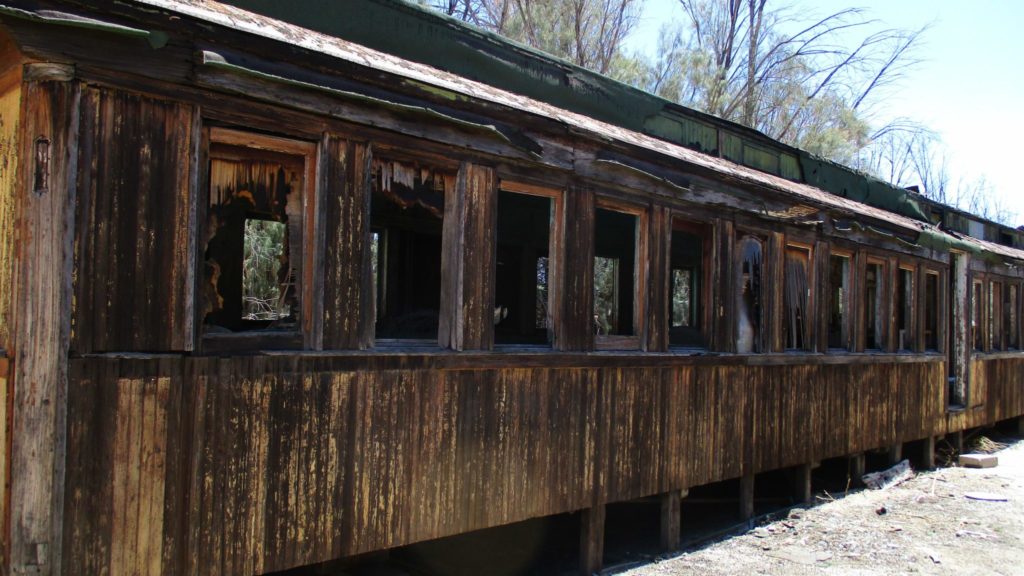 This old wooden train was moved off the tracks and made into a building. I don’t know what it was used for. Maybe boarding? Here is the inside of the wooden one. 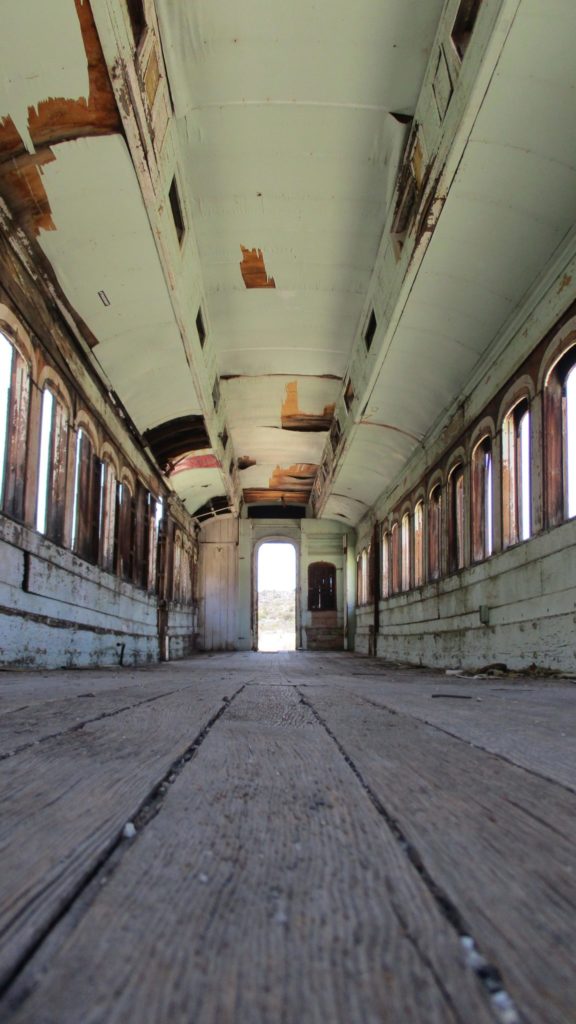 After landslides, earthquakes, and collapsed tunnels, the railway stopped running. These old railroad cars rest in a graveyard on private property. 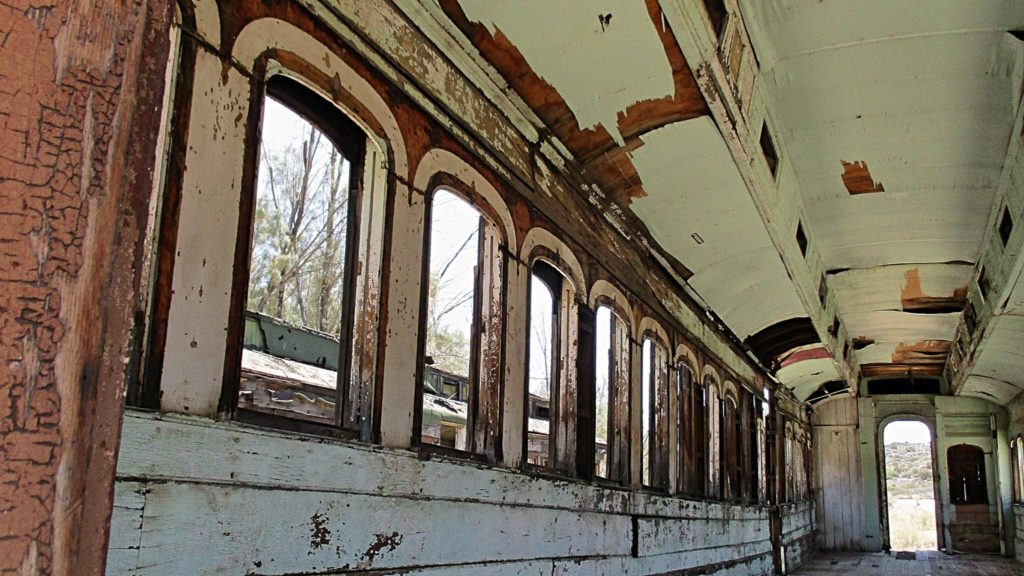 As long as you are quiet and respectful the owners let you take photos. 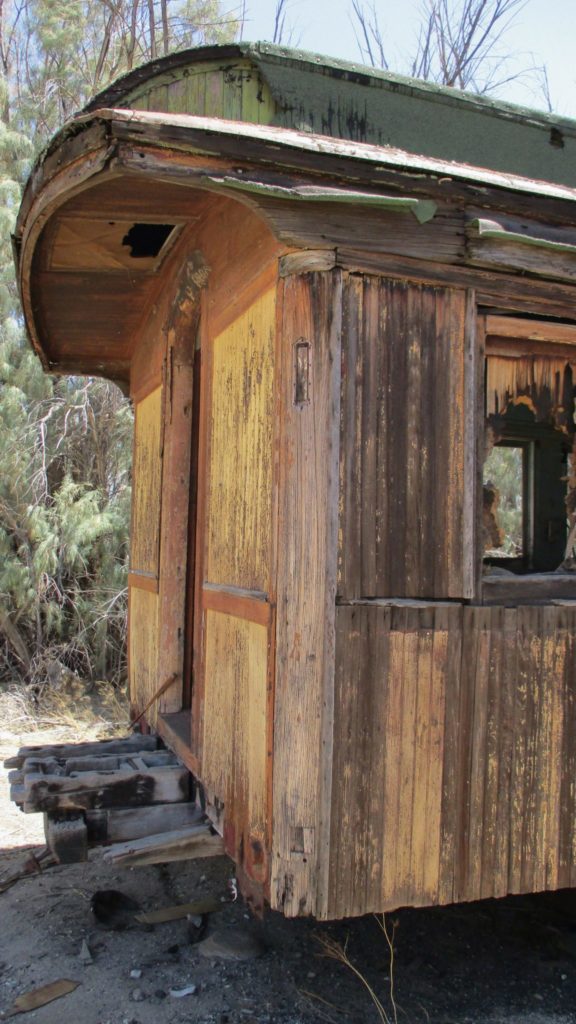 The old train depot has been turned into a house that the owner lives in. It is so cute, but I didn’t want to be pointing cameras at his house. IT was fenced and read private property. I shot from here, the building on the right is the depot. 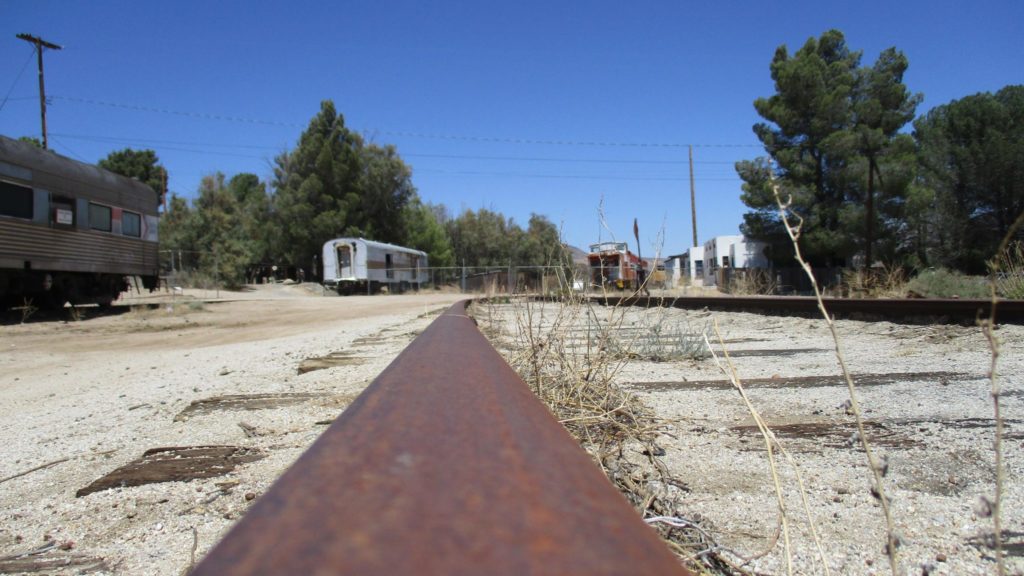 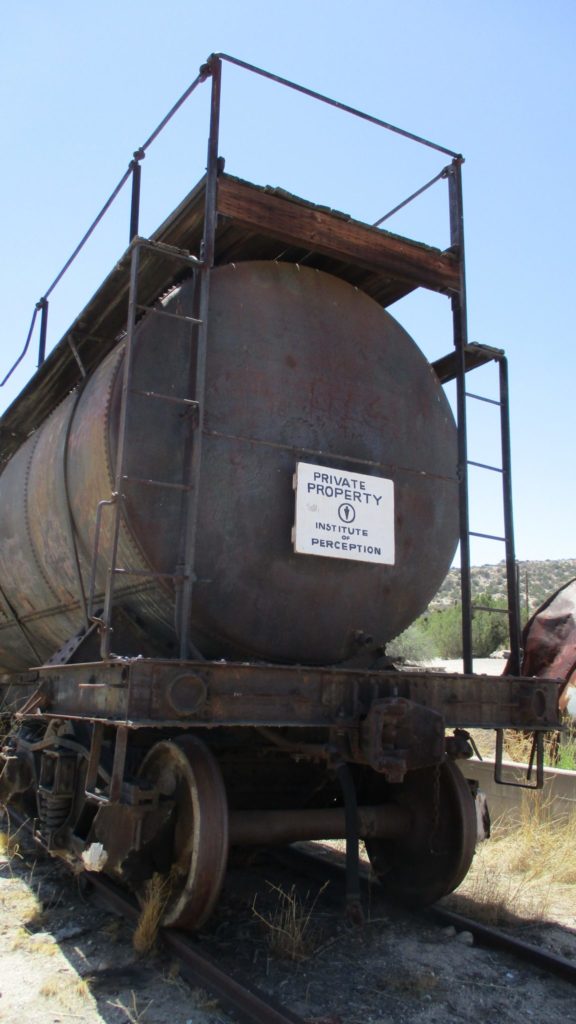 Rivets of the train above. 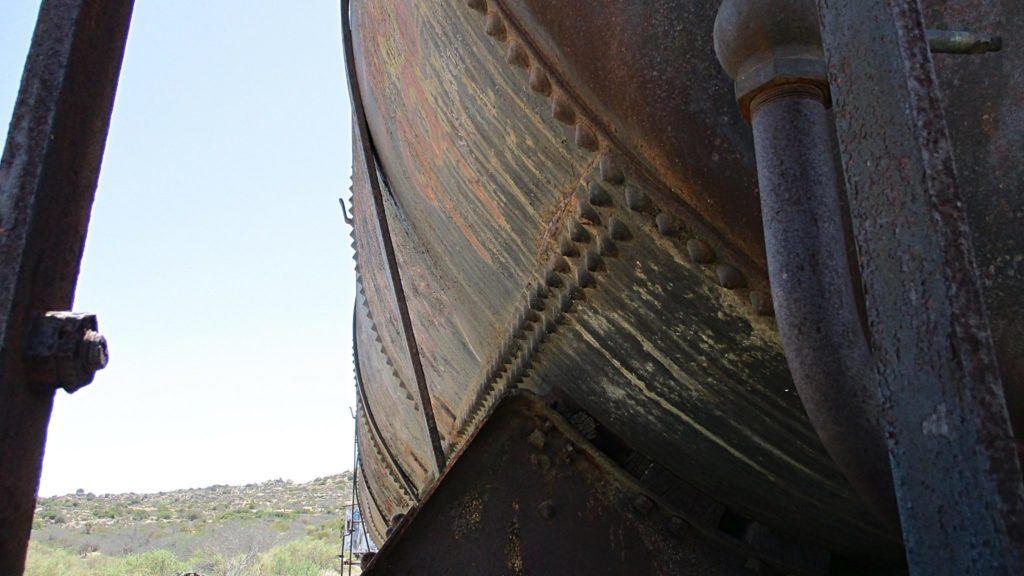 The iron work is fascinating to me, I don’t know why… 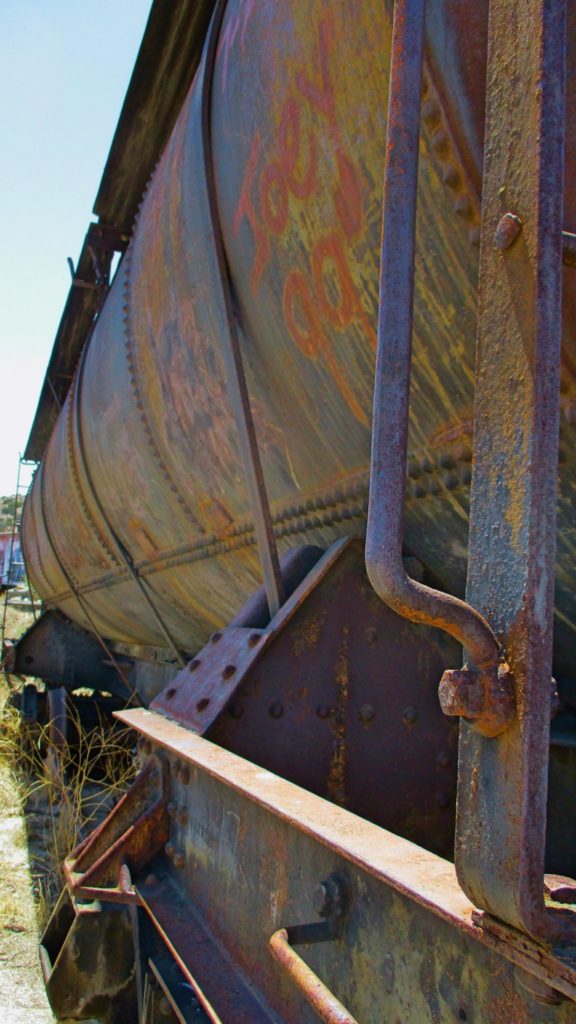 This is a picture in between two old cars. They are on wood the wheels long gone, there was also an outdoor shower and old bathrooms long abandoned just to the left. The were grown up with tall weeds and I couldn’t get a good shot of them. 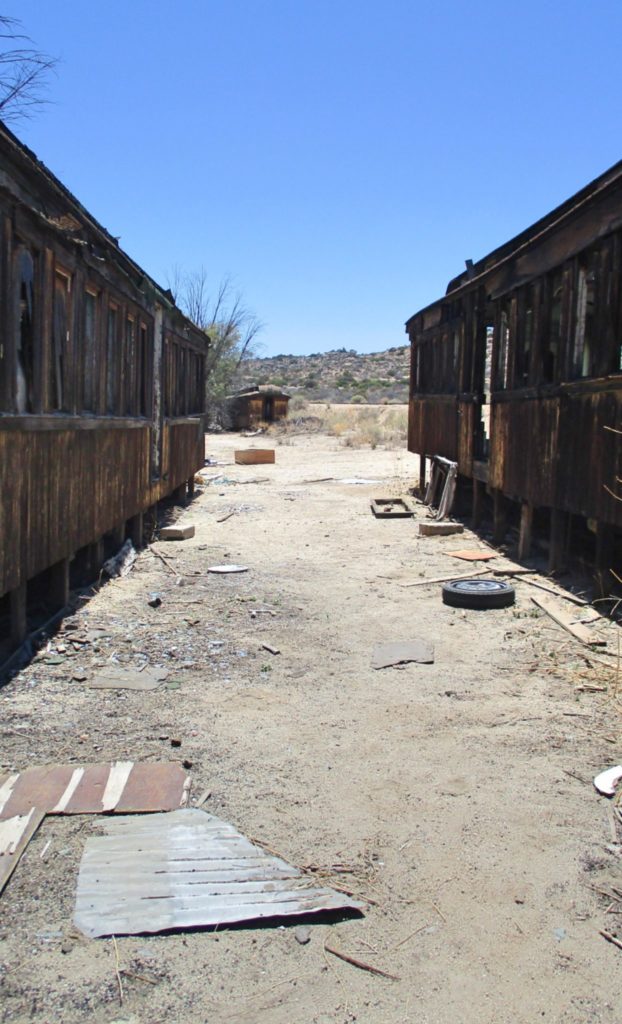 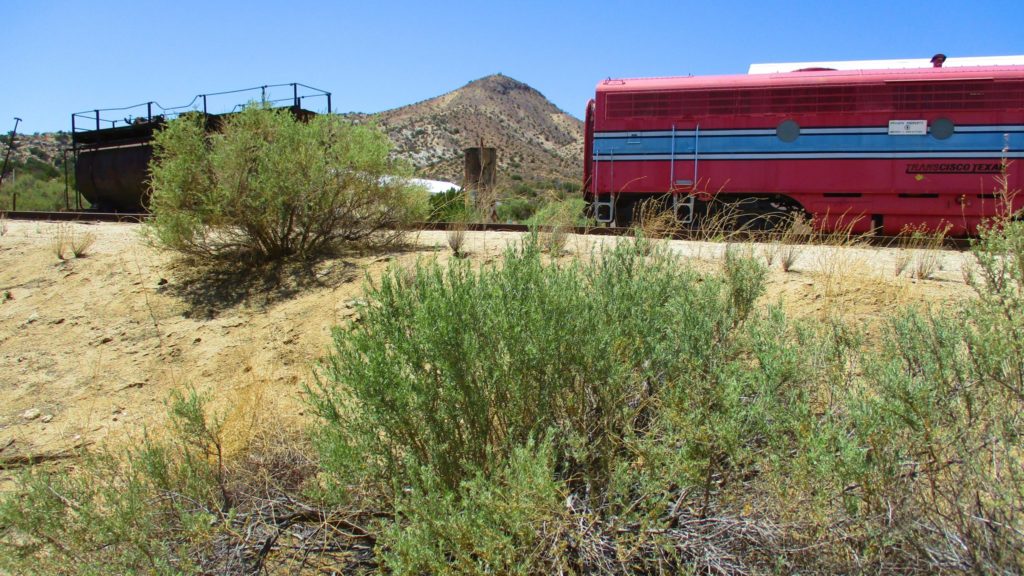 I could hear the train conductor saying, ” All Aboard” 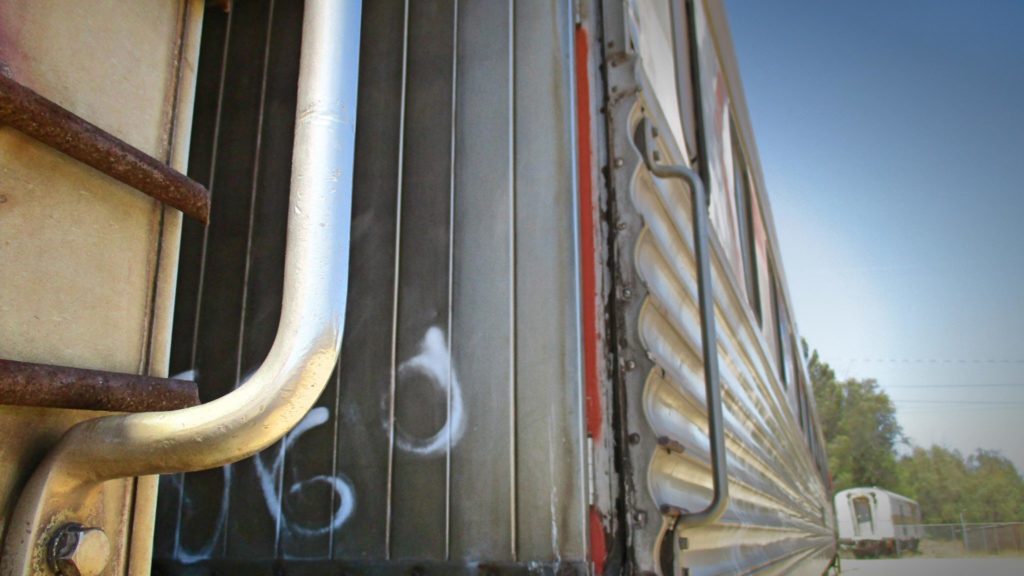 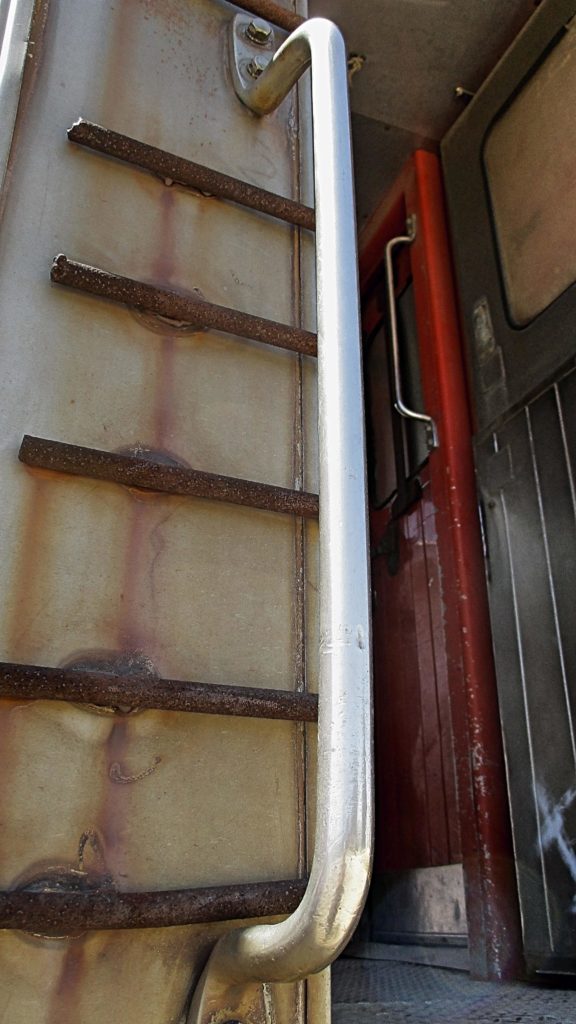 Inside, before you went into the car seating area. It’s locked up tight. 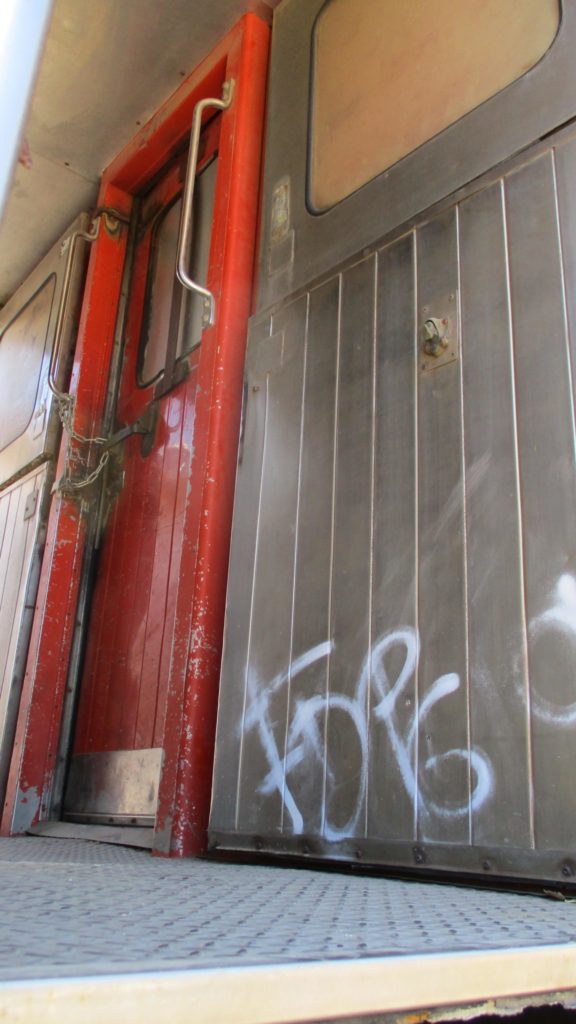 I wonder if they will open this as a museum? That would be really awesome. 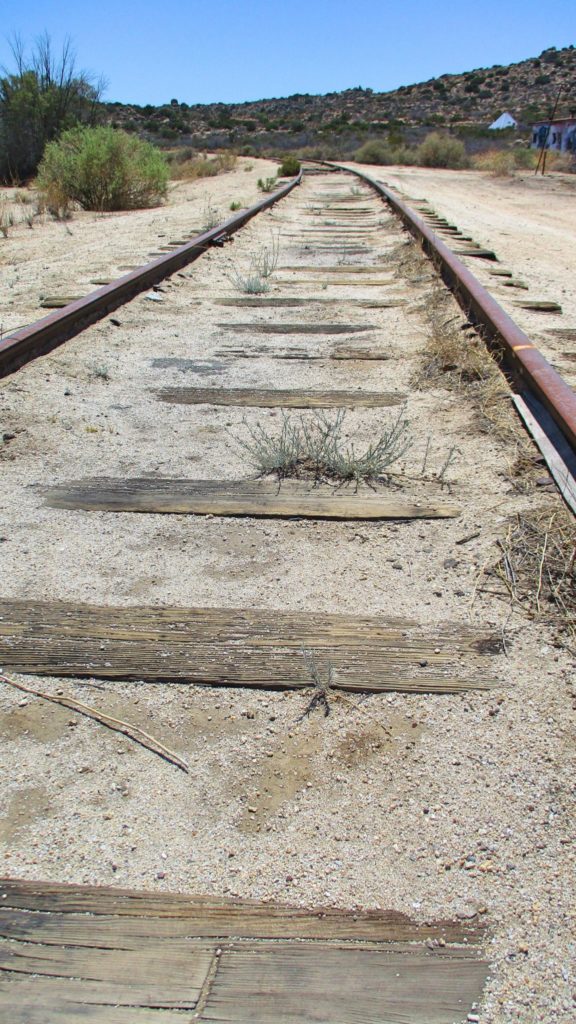 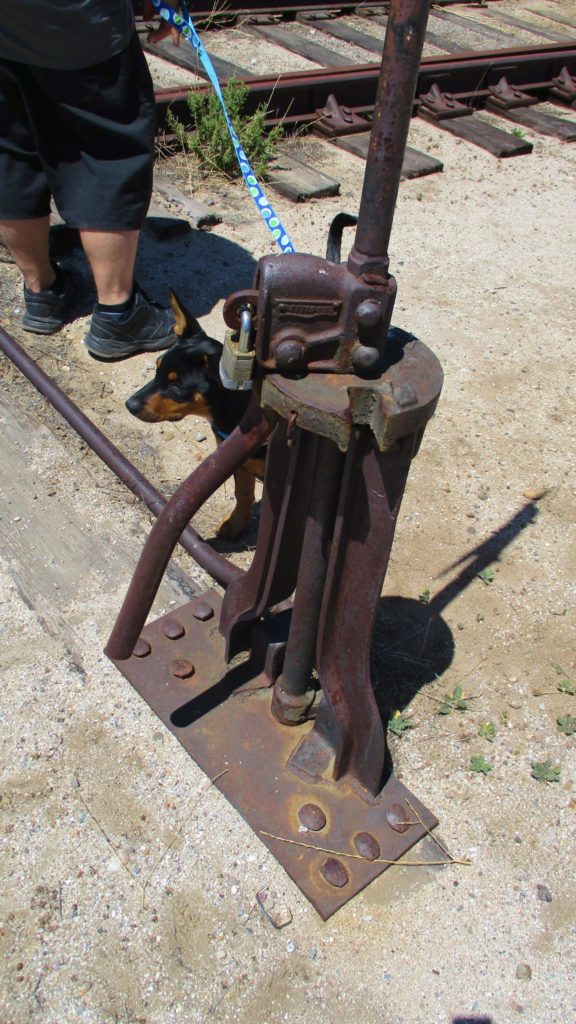 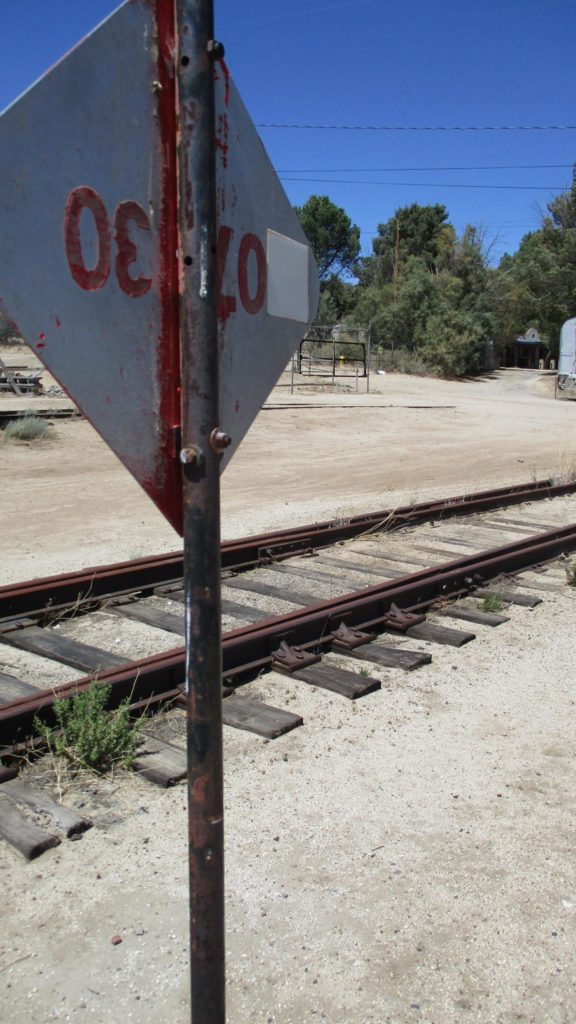 Looking down the length of the tracks was a reminder of life’s journey, changing as years go by.. 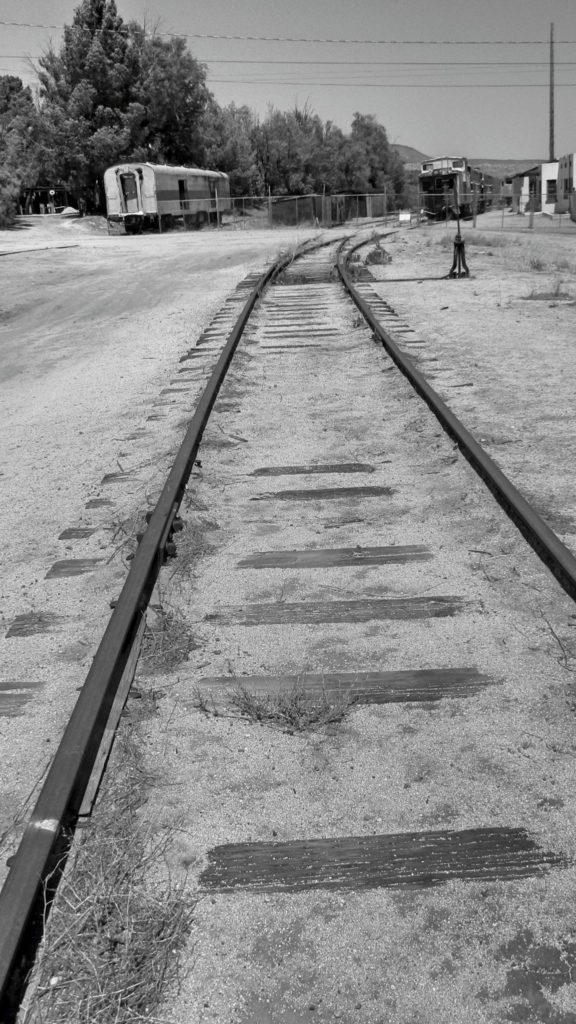 I hope you liked this little journey and these awesome old Iron Horses.