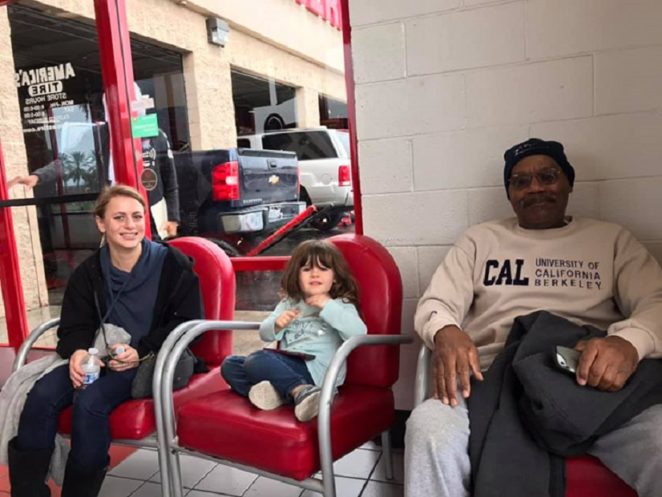 A mom named Alex whose name last was not released had a chat with the employees at the America’s Tire auto shop that she found very difficult to pay the bill of $1,400 dollars to purchase four new tires to replace the four bald tires that needed to be replaced in Hemet California.

I can imagine the stress that Alex was going through that if she could not pay her bill to purchase the four new tires so she could come back home after her car repair adventure that could have ended on a sour note.

A 70 year old man named Phil whose last name was not mentioned overheard the conversation between Alex and the employees of the tire shop that she was not going to make it home without paying the $1,400 dollar bill for the four new tires that were needed to replace the four bald tires.

Phil decided to open up his heart as well as his wallet as he pitched in to pay the $1,400 dollar bill for Alex so she can go home with her vehicle with the new tires installed.

Alex was very thankful that Phil bailed her out of her jam by paying her bill. When Alex asked Phil what she could do to repay him for his act of kindness, Phil replied to Alex “Pay it forward.”

I am sure that Alex will heed the advice of Phil and do her part to assist someone who needs to be bailed out of trouble in the near future.