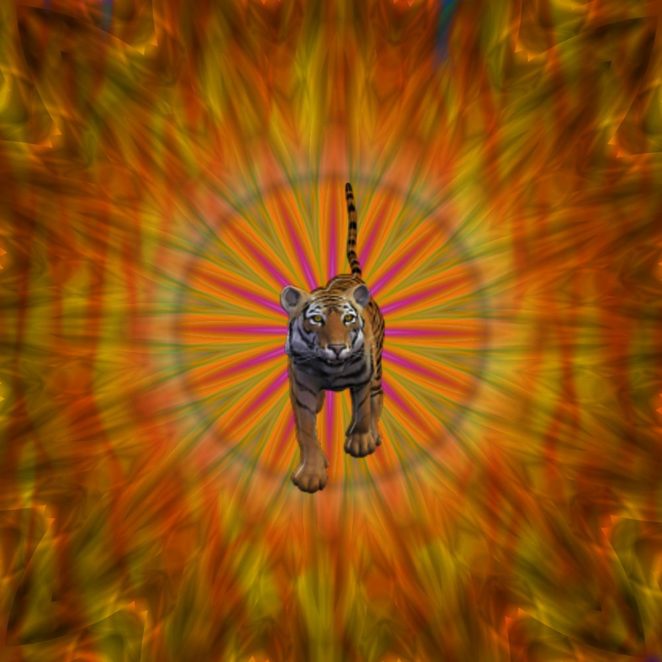 Made with: Corel Paintshop Pro x4

I decided to share a piece that I made solely with Corel Paintshop Pro x4.  In this art piece I used Corel Paintshop to make a fire/flames kaleidoscope.  The program has some brushes and one of them is flames.  I might have used a stock image of flames to create the kaleidoscope, I can’t remember exactly.

After I had the kaleidoscope done, I added the tiger in the center. The tiger was a brush that came with the Corel Paintshop Pro x4 program.

What do you think of this piece? I know it is a lot different than my other work.  Sometimes it is nice to create something a little different.  It would be boring if we always did the same thing!