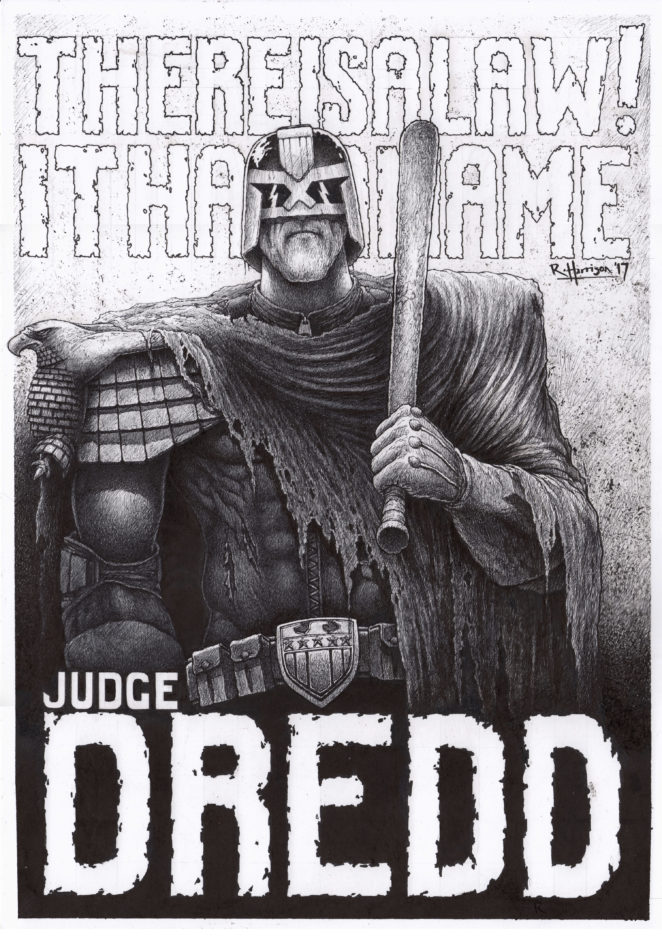 ` There Is A Law ` Dredd in the Crusted Earth. For those that don`t know. Crusted Earth exists outside Mega City One. It`s inhabited with thousands of mutants, as the are still lots of radiation spots around the area. At the end of a Judges life, if they survive that long. They are usually sent out to ` take law to the lawless ` and it`s a way of fullfilling their duties as a Judge. Dredds been out there a few times throughout his career in various stories. Holiday probably lol

Influenced by Clint Eastwood and the Man With No Name. Which Judge Dredd has always been associated and influenced by. This is purely a sketch, still debating whether to use it as the basis for some colour work. I know people like the bare, basic black and white, but I like my colour, it`s usually dark and grim but its still colourful.  this is one of those images you get in your head and have to draw. I drew out the initial sketch then started to build it up with little strokes, or crosshatches, using the 0.3 Hi-Tec-C Pilot pen, ( best drawing pen ever By The Way ) I like using this method as you can build up lots of texture with the pen.