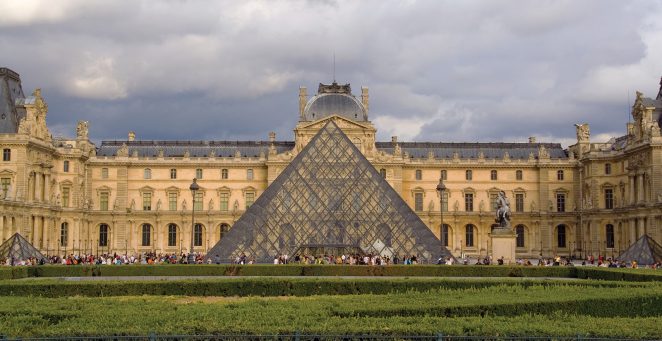 One of the most popular museums in the world is the once large royal palace in Paris, France known as the Louvre. It was opened to the public as a museum by the French revolutionary government. Nowadays the Louvre has one of the richest art collections in the world that represents 11,000 years of human civilization and culture.

It all began when the Louvre was still a palace and was built by King Francis I in 1546. Previously on the site, there was a 12th-century fortress that was built by King Philip II. King Francis was an avid collector of art filling his royal residence with many lovely works of art. After Francis passed on every other French monarch who moved into the Louvre kept extending it and its grounds. The art collection also continued growing. Finally, Louis XIV chose to move his court to Versailles and the Louvre was no longer the main royal residence.

Soon the people of France started demanding to see the royal collections. On August 10, 1793, the revolutionary government opened the doors to the Musee Central des Arts in the Grande Galerie of the Louvre. Glad they just call it the Louvre. The Louvre grew and expanded bit by bit and two new wings were added in the 19th century. The multi-building which is now the Louvre complex was finally completed in 1857 during the reign of Napoleon III. The museum became officially known as the Grand Louvre. On the museums 200th anniversary a rebuilt wing that was once occupied by the French Ministry of Finance was opened up to the public. It is now one of the most visited tourist places in Paris, France.