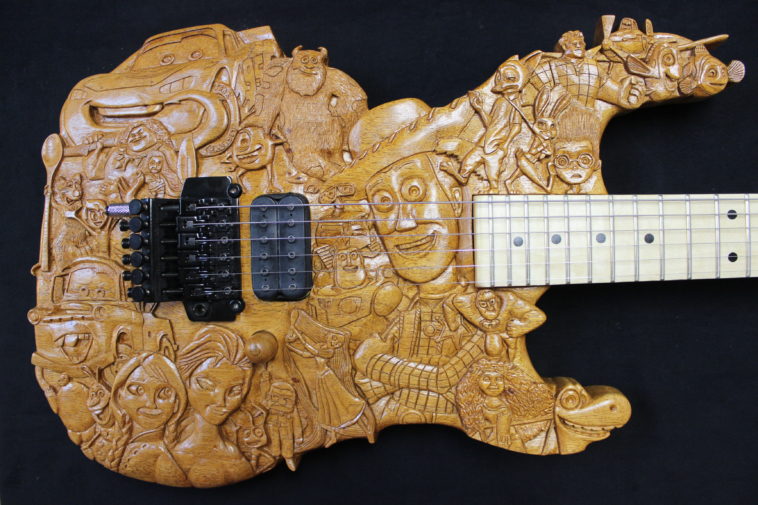 This guitar is dedicated to my two little boys. Our whole family(my wife Mona, sons Charlie 7, Oliver 5 and myself) have always held Disney movies near and dear to our hearts and as the boys get older I never want to forget the many times we spent watching all those magical movies. Making this guitar for myself will preserve those memories.

I don’t know which took longer… the designing of this guitar or actually making it! The research alone was painstaking. Each character took an average of 3 hours to carve but I always had to keep in mind who stood in the foreground of who and work from front to back. Anna and Elsa were first because they stood closer in the foreground.It was really fun to carve but it seemed endless at times because of the amount of detail but I knew in my mind’s eye it would turn out the way I wanted if I just took my time.

It all started with the design which incorporated 29 characters from 20 different movies. 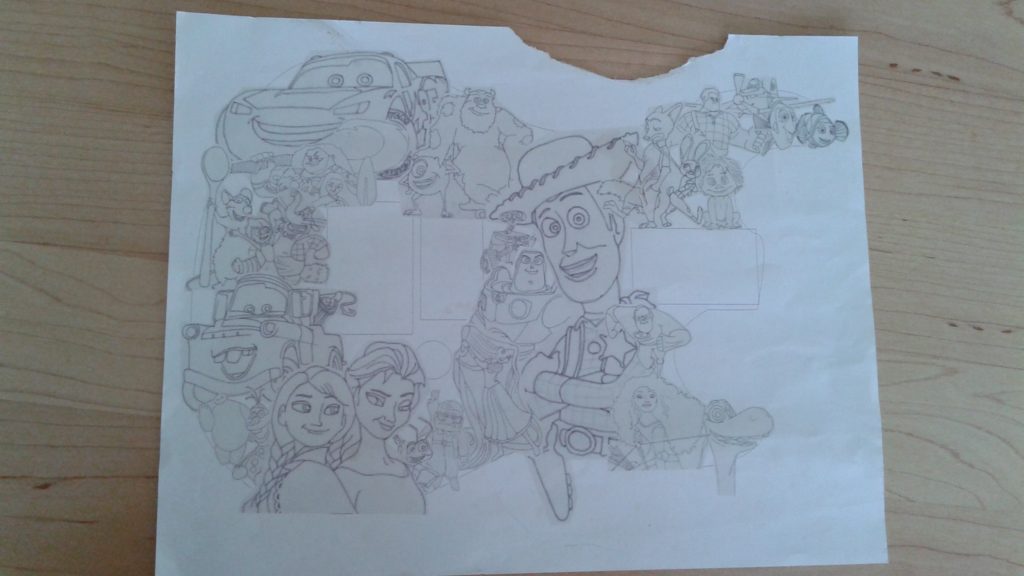 Next was to make sure the proper holes were routered for the Pickup and Bridge system. It’s a lot harder to router out these sections when the top of the guitar is no longer flat and full of ridges and details. 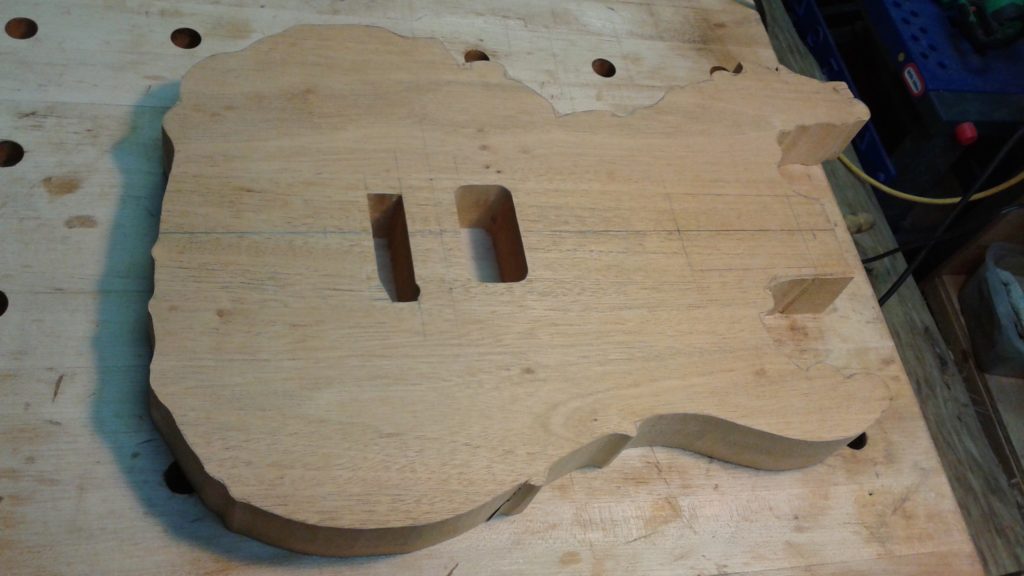 I had to work from the foreground to background so it looks like Anna and Elsa get done first. 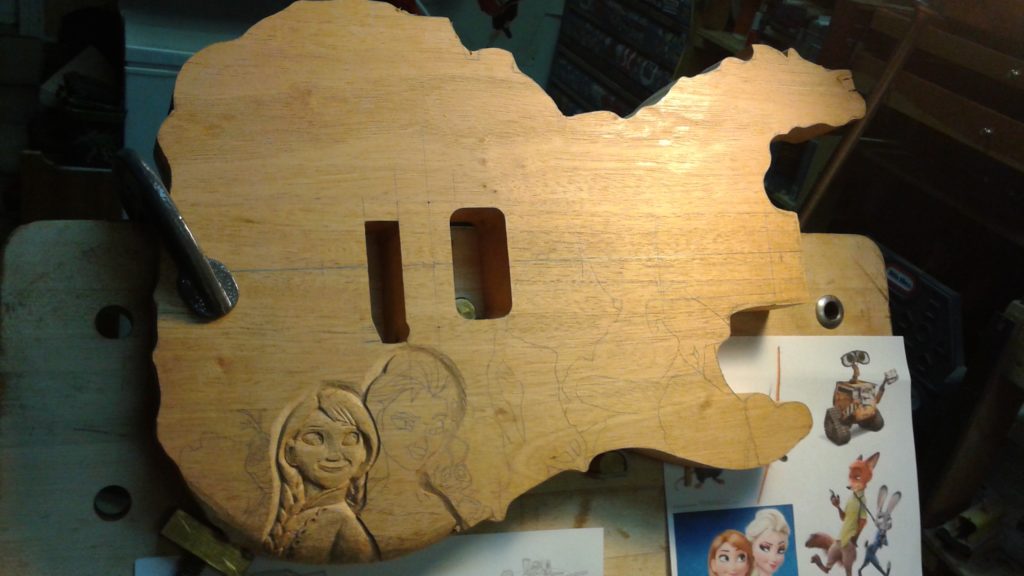 Next it was time for Olaf, Beymax and Flick to get done. 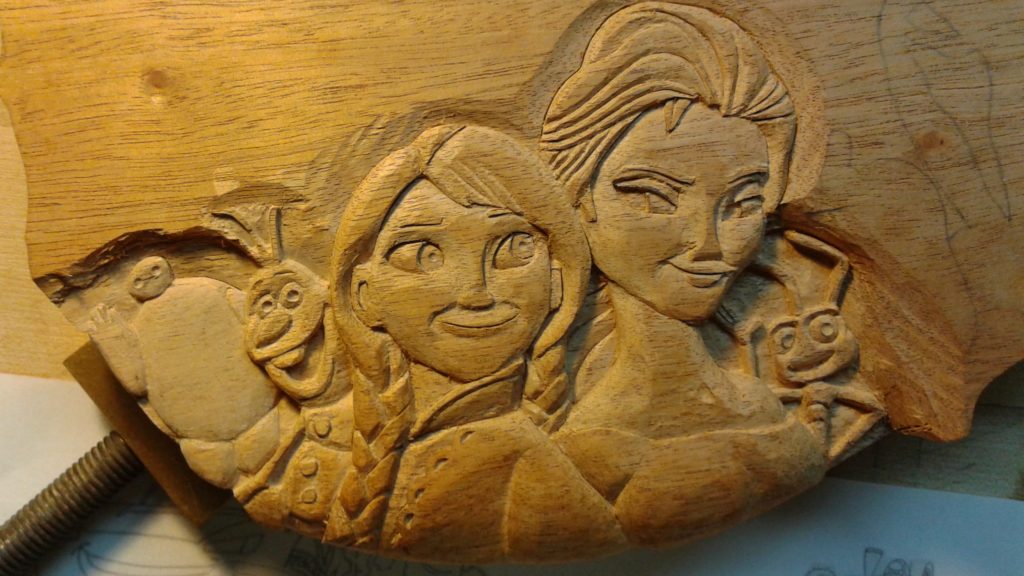 After working through the characters on the lower part of the body I started on the top. 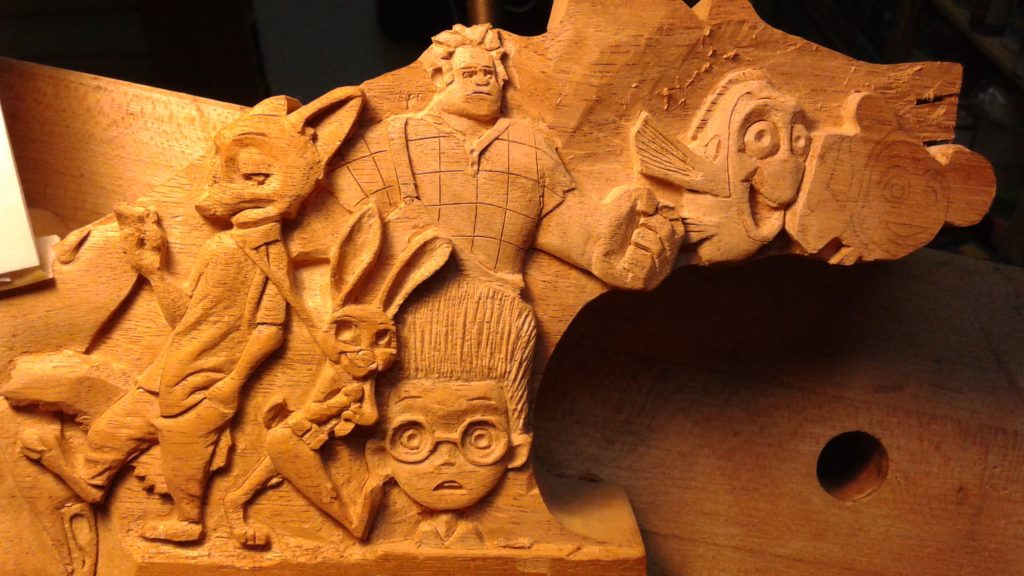 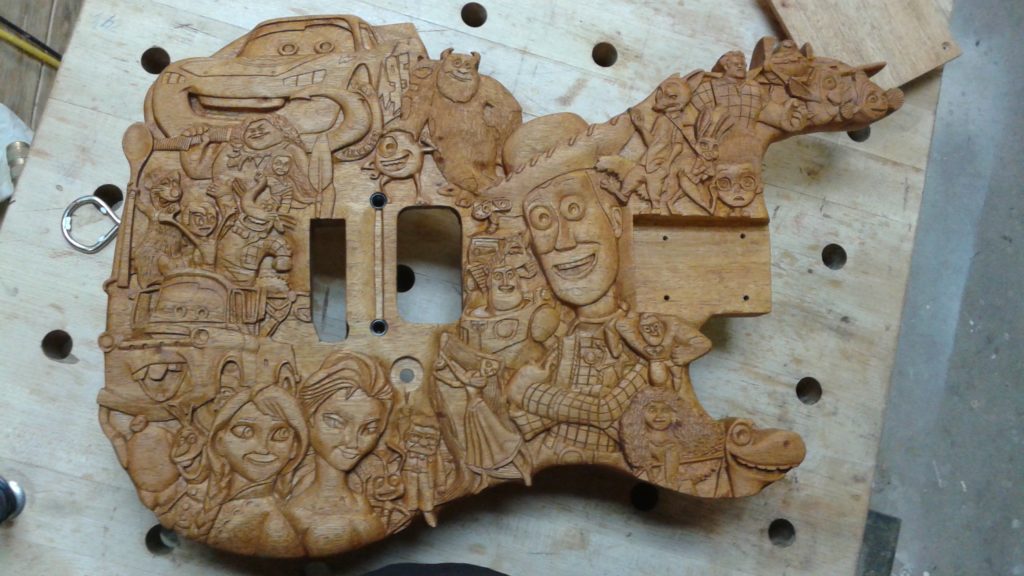 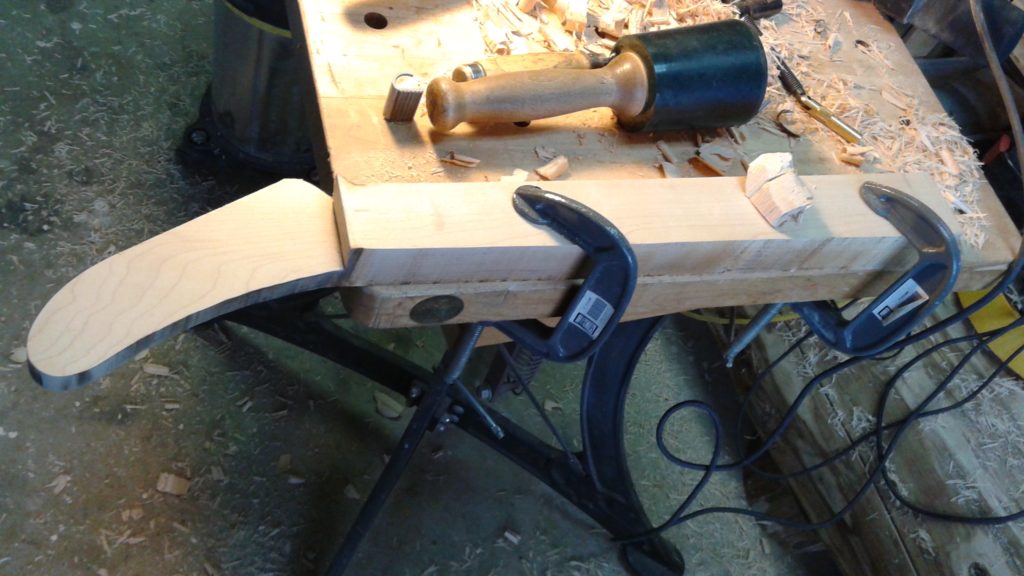 It was now time to start shaping the back of the neck. I used an existing neck which I had previously made as a model and guide so I could get the desired radius. 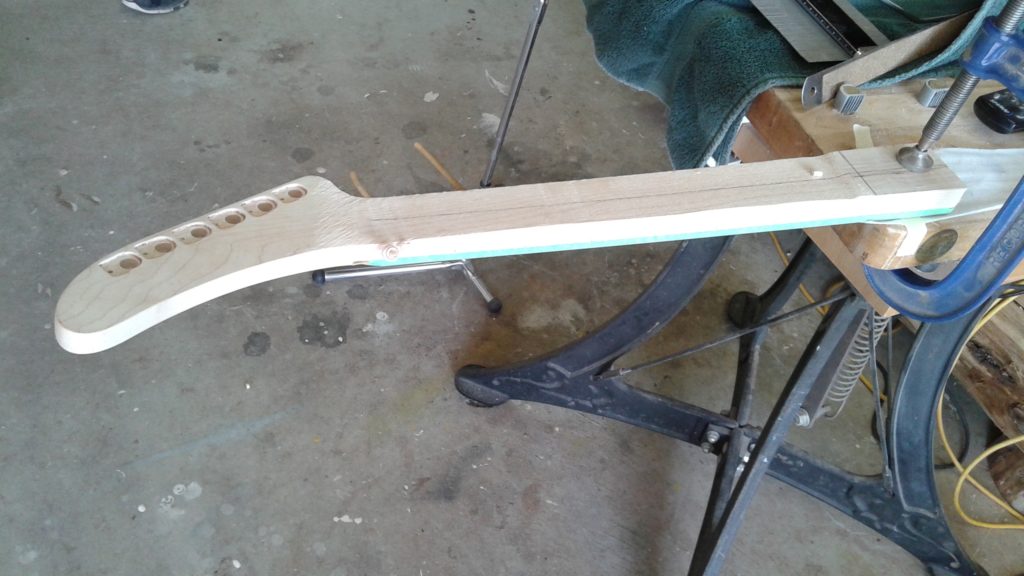 And last it was time to install the fretwire, inlay dots and create my own insignia on the head. 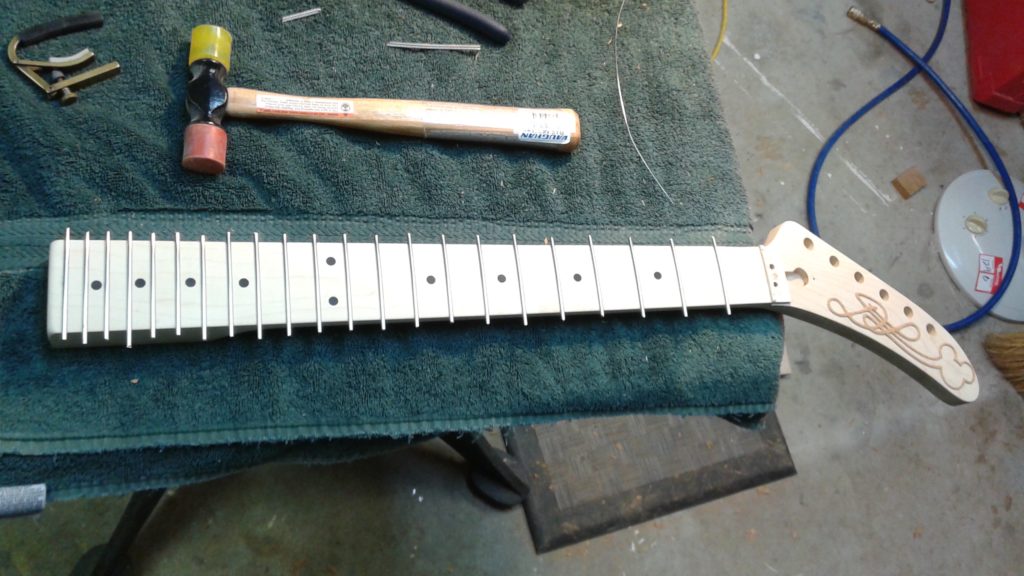 After installing the hardware, wiring up the electronics and putting on a fresh set of strings I was now finished. 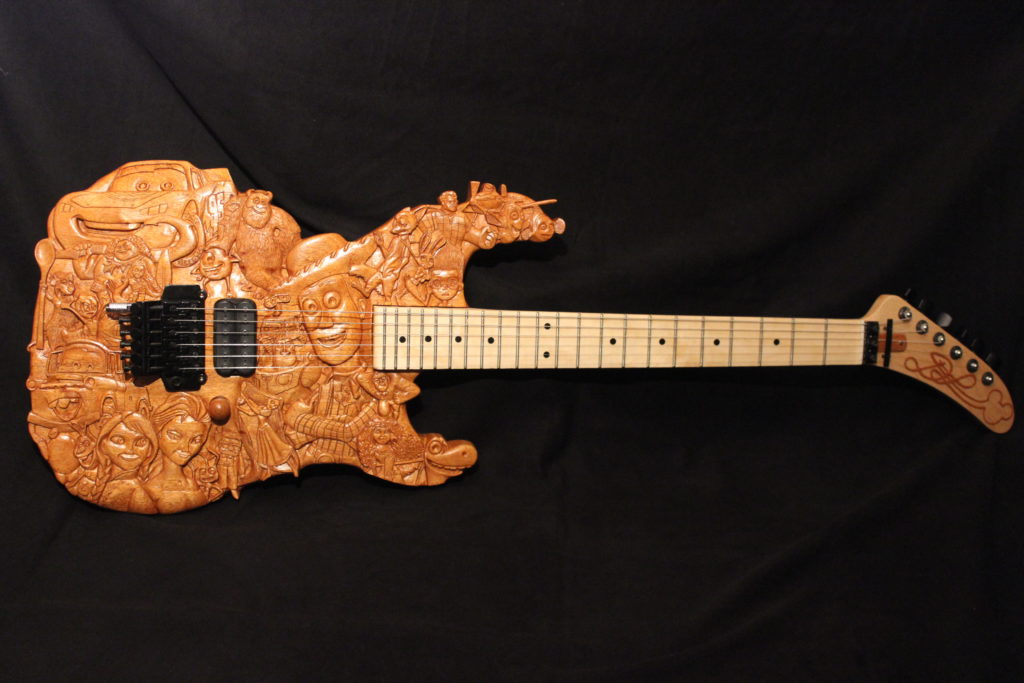 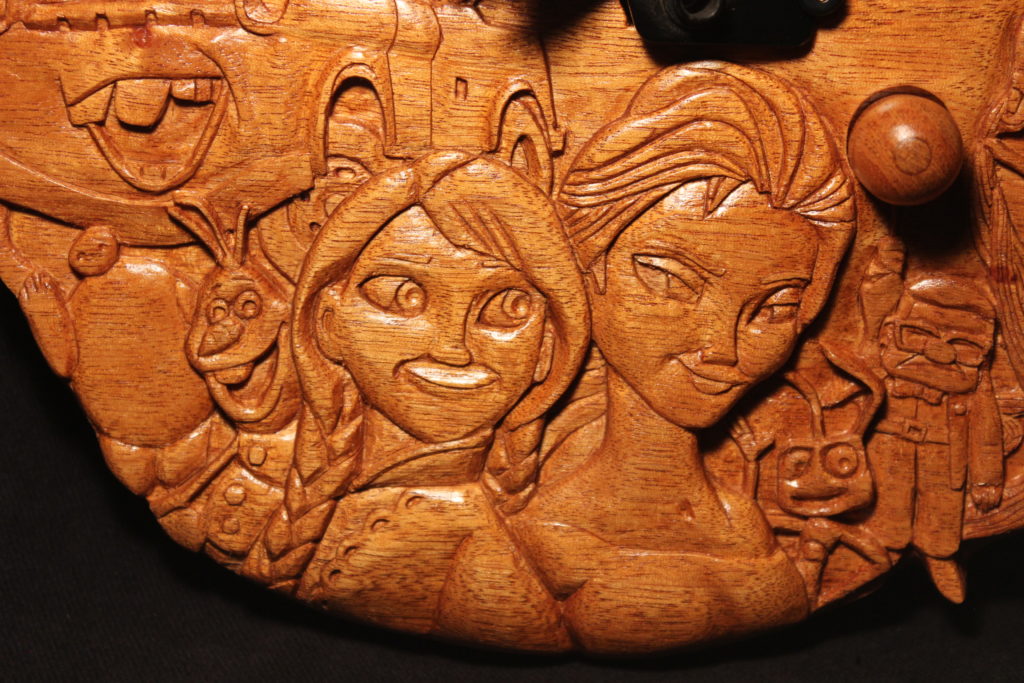 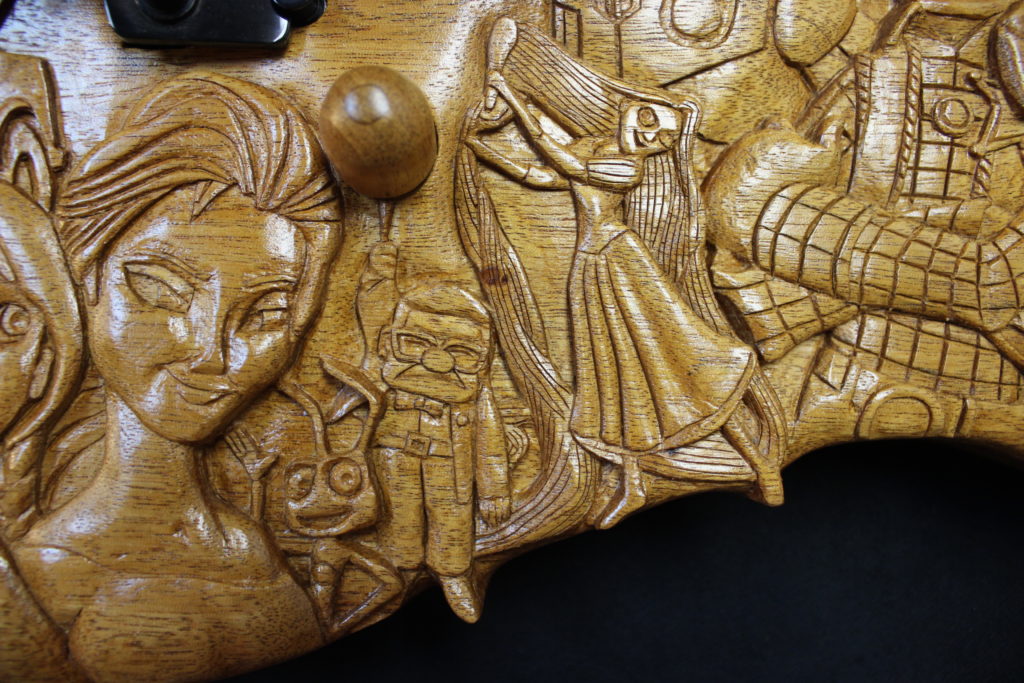 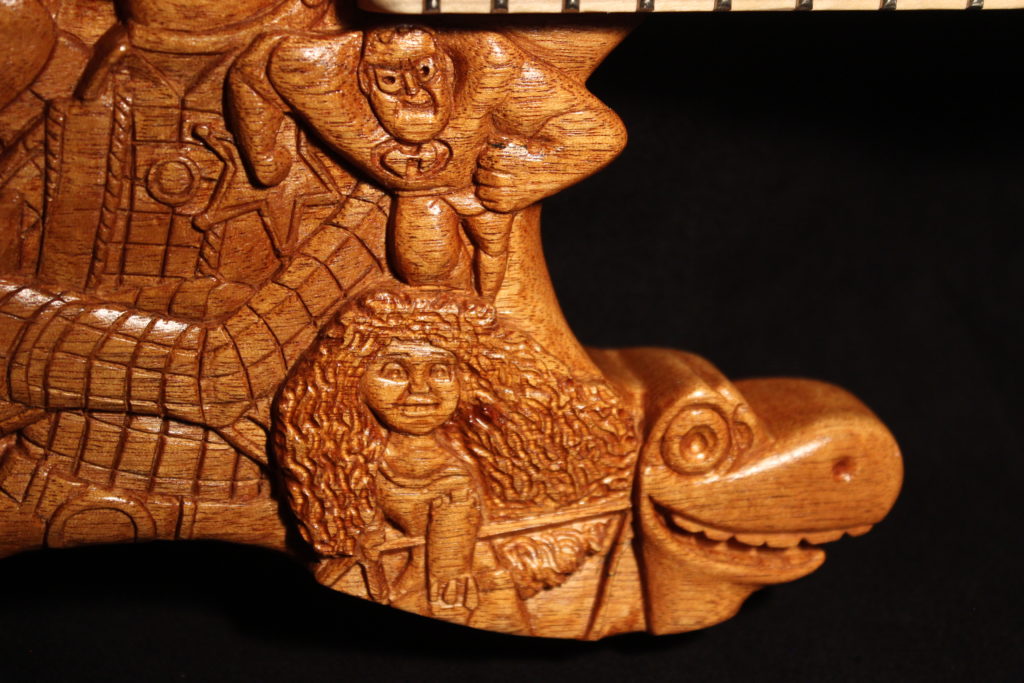 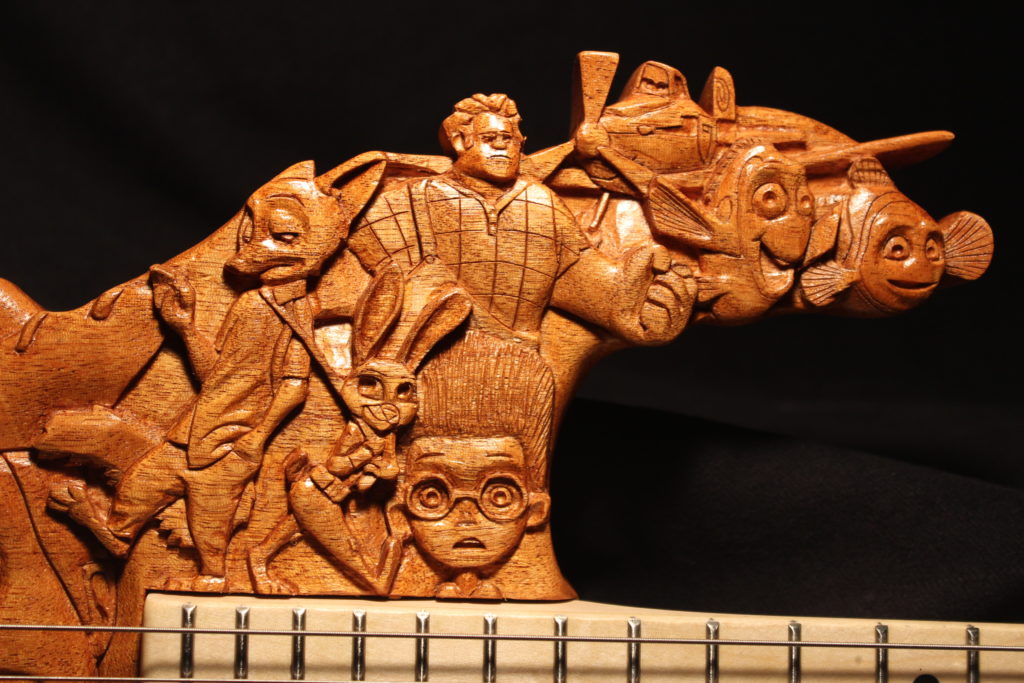 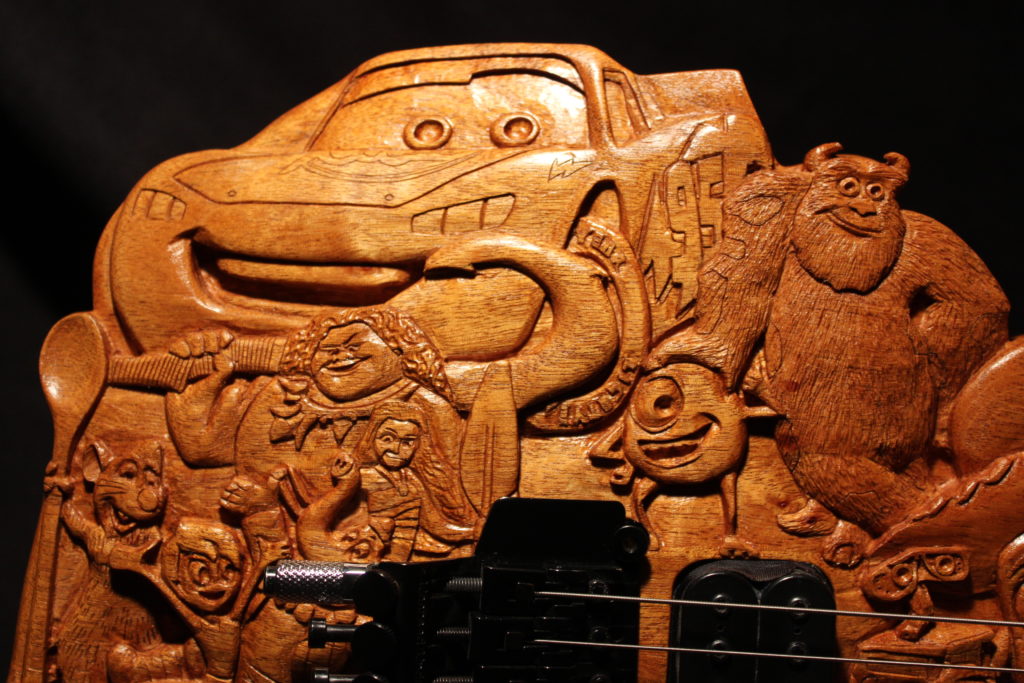 If you look closely you can see the “Mickey” on the headstock. I wouldn’t normally include him into my insignia but I thought this was a special occasion! 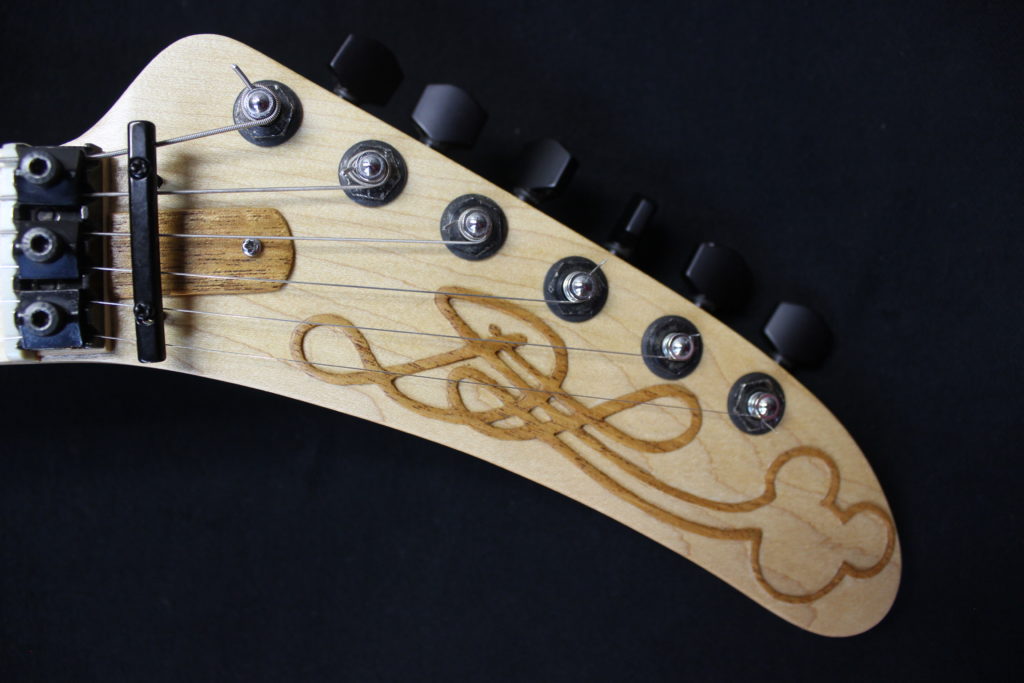