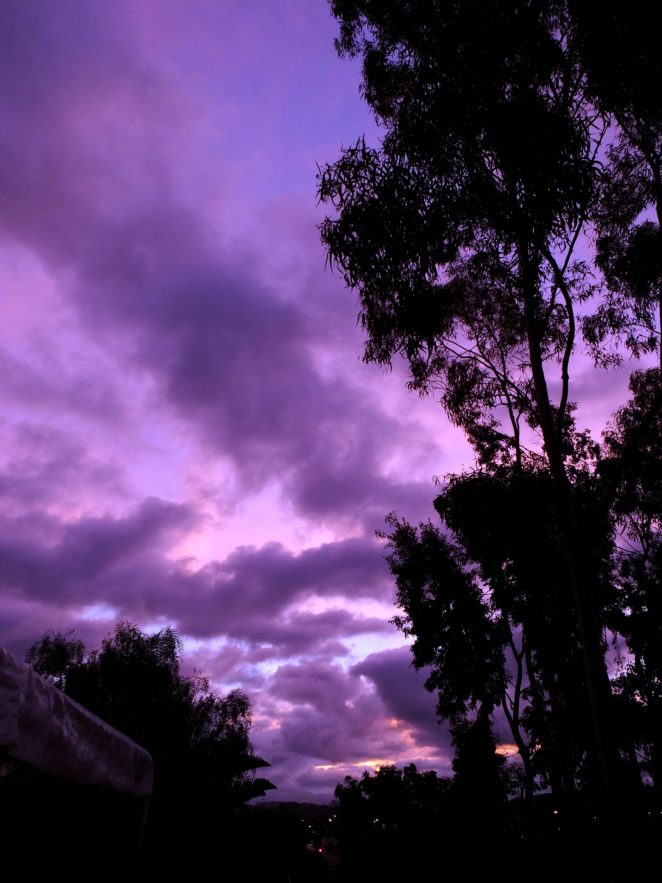 In this article I will feature what I believe is the color purple, meaning basically anything from pink to blue, along with some fun facts about the color purple you might not know.

I will begin with this photo I took and picked for the cover of dawn from my back yard.

Fact: Purple is mixed by using blue and red, it is also a non-spectral color and does not have its own wavelength of light.

Photo: Sunset from orange, pink to purple from my back yard.

Fact: Nobility, Luxury and Ambition are all associated with the color purple.

Photo: A subtle color of purple in this sunset seen from my back yard.

Fact: There is a sea snail called the “Murex” and it’s Latin name is “purpura” meaning purple.

Fact: Murex Snail  is a tropical snail that they used the mucus glands and originally was how they got the color purple.

Fact: Because purple dye was so hard to acquire it became the royal color in many parts of the world.

Fact: Purple is the hardest color for the humane eye to distinguish, and there are no purple eyes.

Fact: Julius Caesar declared only the Emperor could wear purple.

Fact: The purple heart is a metal awarded to soldiers hurt or killed in action in the United States.

Photo: Meika enjoying a doggy cupcake for her first birthday.

Fact: The purple heart honor was established in 1782 by George Washington.

Photo: My daughter in law has purple highlights in her hair.

Fact: Roman Emperors were called, “The Purple” due to color of their robes.

Fact: Purple eyes are not possible for humans, but Heterochromia is, meaning two different colored eyes.

Photo: My daughter in law has purple hair and Heterochromia eyes one is lighter than the other.

Fact: In the United States of America a “purple state” is a state that has an equal number of Republicans and Democrats.

Fact: Purple is the highest denomination in Poker. The purple chip is worth 5k.

Fact: Purple prose is an elaborately written paragraph or poem.

Fact: Purple has a calming effect in the garden.

Fact: The “Purple Orchid Three” is a purple sweet potato.

Photo: Sacred Datura in the rain.

Fact: Lavender plant is said to be stress relieving and was one of the first scents used by perfume makers.

That’s all for the color purple..

Have a great day and thanks for stopping by.