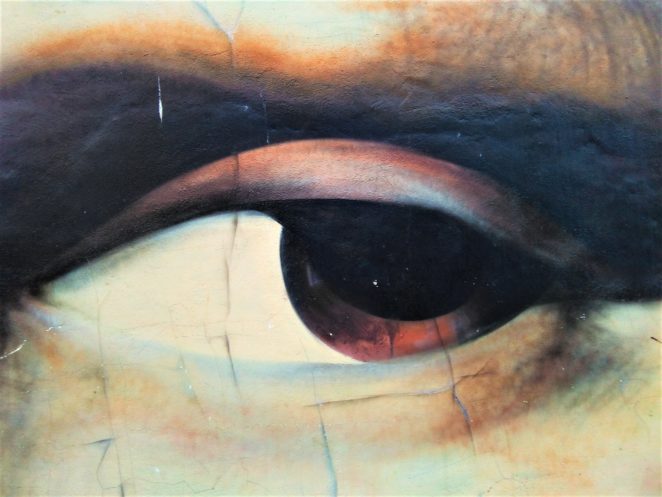 Graffiti (or rarely single graphite or graphite) are drawings or inscriptions in public places (house walls, subway, street), usually sprays. They are part of the informal urban culture, but their roots are in the most ancient past (rock painting, for example). The name graffiti comes in English from Italian, probably from graffiare, the verb to scratch, I wander some surface.

Sometimes, for graffiti, the cave paintings of the first people, some occasional images on the walls of Pompeii and other places in Ancient Greece and Rome (the frescoes are not considered graffiti), and later random images on the walls of Western European cities are historically accepted. In fact, the graffiti appeared in the 20th century, along with hip-hop and rap subculture, with the influence of artists like Banksy some of them reaching the status of art. They used to be a way of communication between gangs. Today, graffiti occurs everywhere, even on tall buildings.