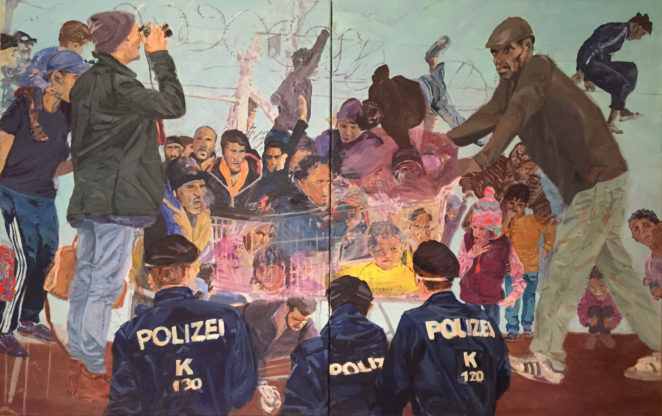 According to official terminology, a homeless person in the US is one who sleeps on the street or in foster homes. That is, it lacks its own accommodation. According to Housing Department estimates, about 57,800 veterans are in that situation on any given night. In the EU it is called “sinhogarismo”, elegant technicism to call the sintecho (homelessness).

Normal people like you or me who due to a crisis whose managers, (they are often called Market and also Banks, so we understand better), are getting richer, instead of being in jail and because of robberies of these backed by the governments of the time or the famous IMF, millions of people have lost their houses. But there are also a great majority of these are emigrants.

What are they running from? “The vast majority were fleeing from war, conflict or persecution, civil war, by the unrestrained violence of Islamic State, the terrible dictatorship in recent years have been radicalized persecution and human rights violations, the constant threat of terrorism, the political instability and the deep misery, the attacks, the policies of persecution against the ethnic, religious and sexual minorities, to this are added the living conditions of life.sounds to you? History repeats itself but now in other continents. Luckily we fall a little far, do not we? While we look to other places, giving power to populism, is what is now called the fanatics, just as, supremacy was called not many years ago that led to A holocaust that has already been forgotten.What a memory of ours.Well, if we look for the meaning of populism, it says the following: masculine name, tension or fondness for the popular in all areas of life, especially in art .

But also – political tendency that claims to defend the interests and aspirations of the people. I do not know about you, but I keep the first definition, the other one seems terrifying.

This diptico simply tells a story, that of all those described above, only that, nothing more, except to add that both the history of war veterans, and that of the immigrants who flee from it, is the same. Both are more victims of wars, they are “children of war”, which we all finance with our taxes.