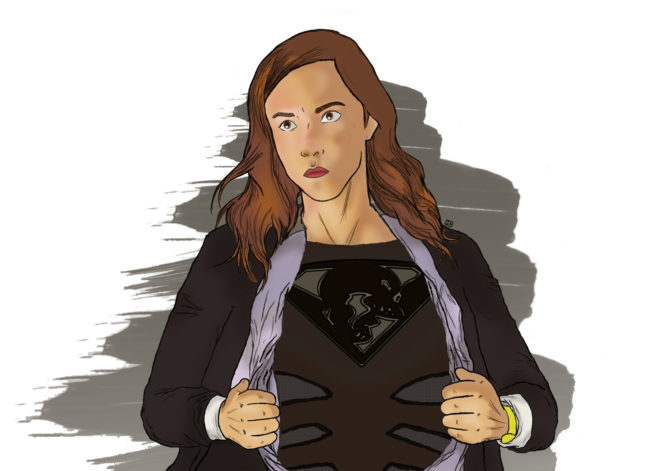 The CW’s Supergirl is one of my favorite shows and this season, I have a new favorite character: Samantha “Sam” Arias, aka Reign. She’s the season’s big bad but she started off as a loving single mom to er daughter Ruby, and good friend to Kara Danvers and Lena Luthor before her Reign persona awakens. She’s such a compelling character that she became one of my favorites, and I drew her in nod of the scene in 3×09 ‘Reign’, where she ripped open her shirt Supergirl style, but with the Worldkiller logo on her chest instead.