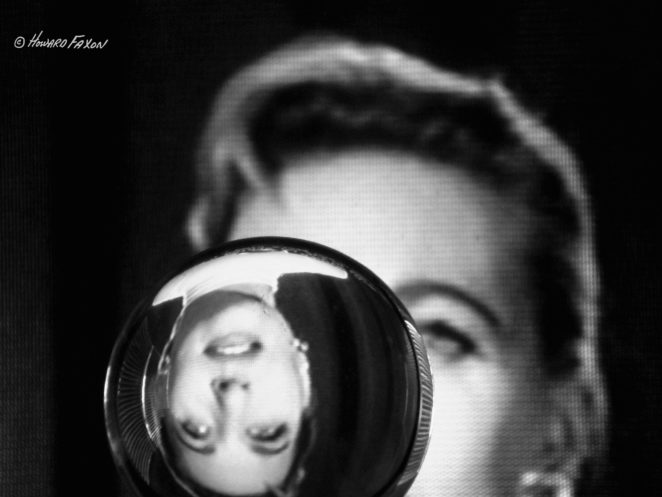 It seems that our ability to absorb visual information faster has evolved rapidly over the last several decades.  While modern films can be like firecrackers going off in your face every second the older films are a little less engaging and move rather slowly by comparison.

Black and white television shows do have tedious moments and some entertainment during these is as easy as setting up a crystal ball in front of the screen and having a camera in your lap.

After all, boredom is a terrible thing to waste.

There was a Peter Gunn marathon on free TV and I decided to check out some of it. I like the show with its jazz soundtrack and occasional depiction of beatnik clubs. This set-up with the crystal ball made it compelling and I got some great images. These are a few of the good ones.

I had a great time making this suite of photos and I was kept alert looking for the fortuitous shots where the two images blended together with artistic compositions. It took place in real time so I had to be ready. Oh, did I mention the reward of obtaining some great photos? I recommend this crystal ball technique to distort the images of the past.