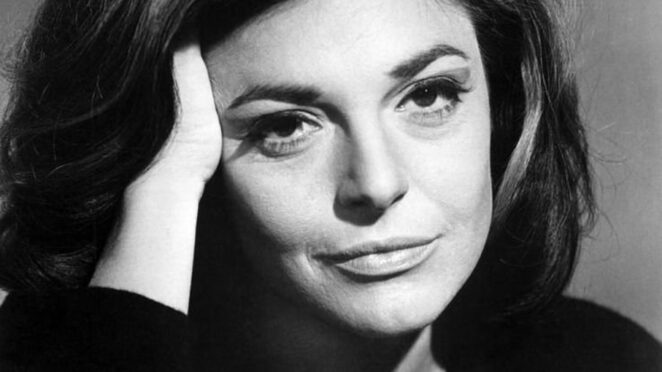 When the movie “The Graduate” came out with a very young Dustin Hoffman in the title role the song “Mrs Robinson” by Simon and Garfunkel became very popular. I have to say that as much as I have seen this movie many times I am not its greatest fan, but usually find some amusing moments I did not notice previously.

The acclaimed American actress Anne Bancroft played Mrs Robinson. She passed away from cancer on June 8, 2005.

In 1962 she won an Oscar for her role as Annie Sullivan in the movie about Helen Keller “The Miracle Worker” but it was her role as the bored middle-class housewife in “The Graduate” that really put her in the spotlight. This came five years later. As it turned out her role as Mrs Robinson put a stamp on her and but her into the type-casting trap where everyone knew her as the sultry woman who led on her object to affections  Benjamin Braddock played by Dustin Hoffman and launched his career.

While Hoffman went on to become a well-known movie star Bancroft took on different challenging roles among them Golda Meir in the stage play “Golda”, Mary Magdalene in Franco Zeffirelli’s “Jesus of Nazareth”, the American mother of Winston Churchill in the TV series “Young Winston” and the eccentric Miss Havisham in the adaptation of Charles Dickens’s “Great Expectations”.

Anne Bancroft with the wife of the popular comedy filmmaker Mel Brooks and she was also a regular in his movies. In fact, Mel Brooks is still with us at 94 years of age. Bancroft persuaded him to create a stage musical out of his movie “The Producers” and it became one of Broadway’s most successful shows.