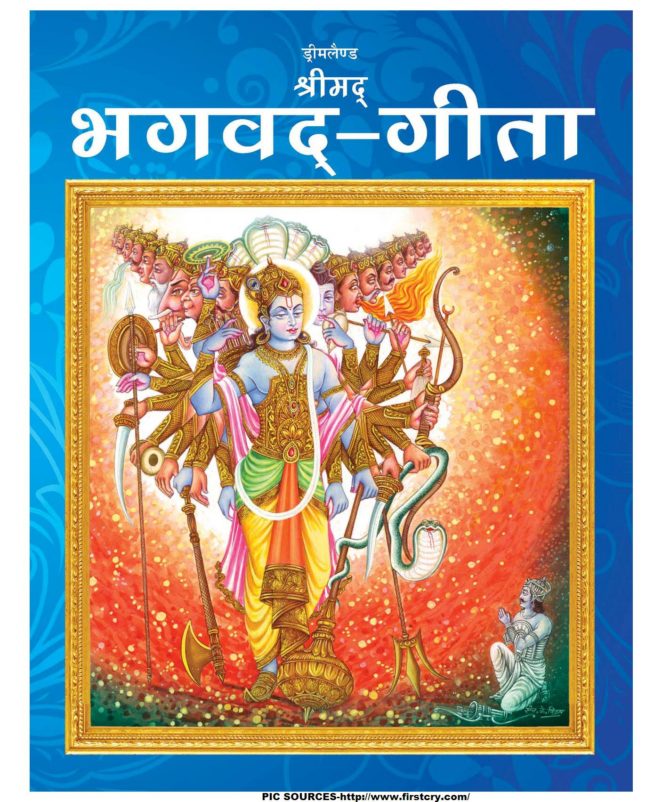 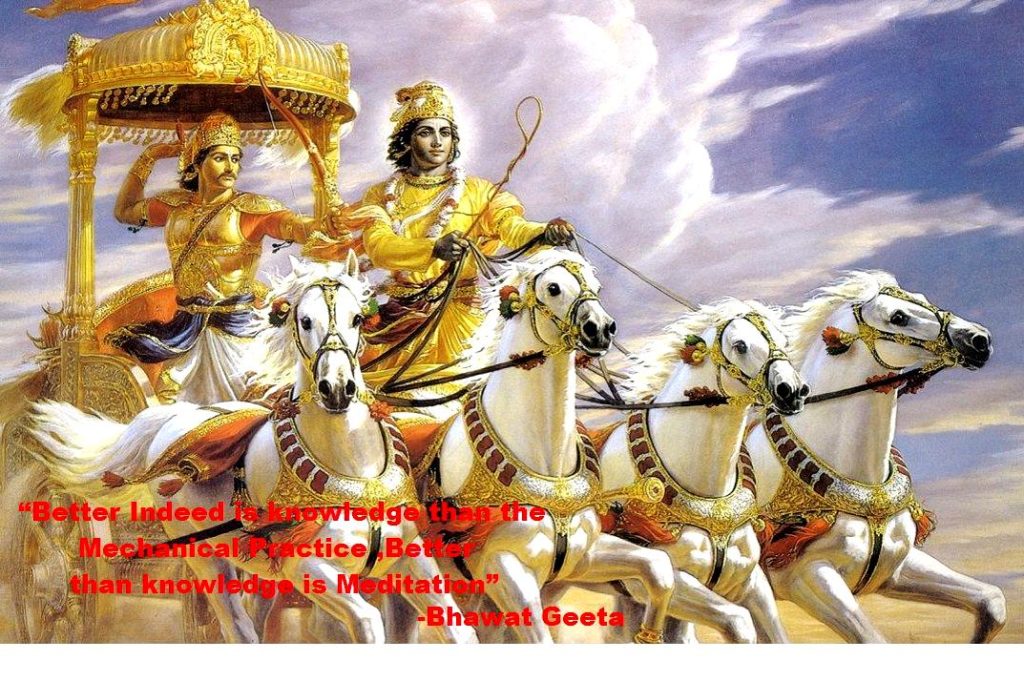 It is a nice and innovative competition initiated by ‘Virily’. I got in the last minute but trying my best to post the best. In this section I would like to post some Exemplary Quotes as written in Hindi in the Most Famous Epic of the World ,i.e. ‘BHAGWAT GITA”.

The Holy Epic of Hindus in India in which the most important part of the Gita where’ Lord Krishna’ Teaching ‘Arjuna’ during the 18 day long war against’ KAURAB DYNASTY’. Lord Krishna was in the side of ‘PANDAVA DYNASTY’. 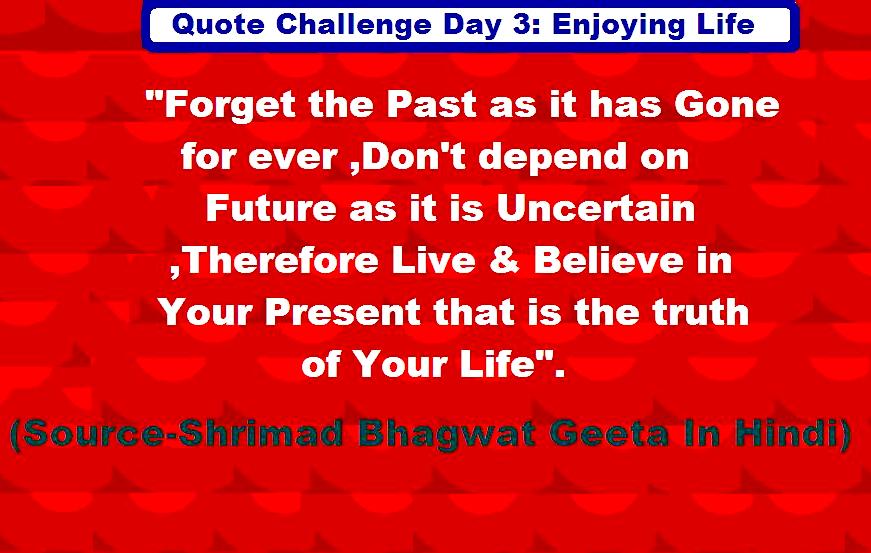