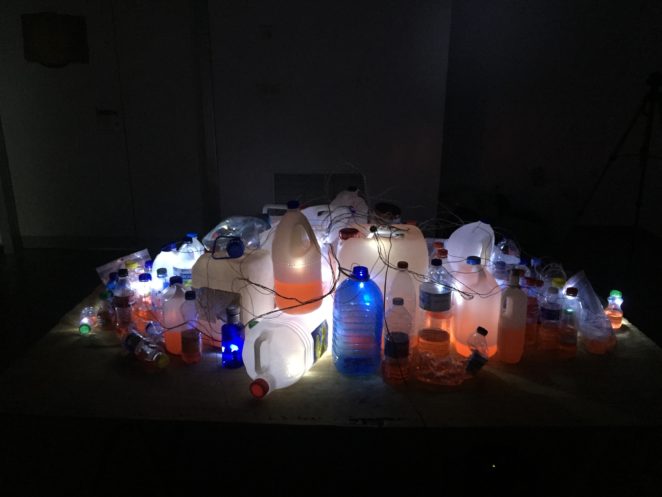 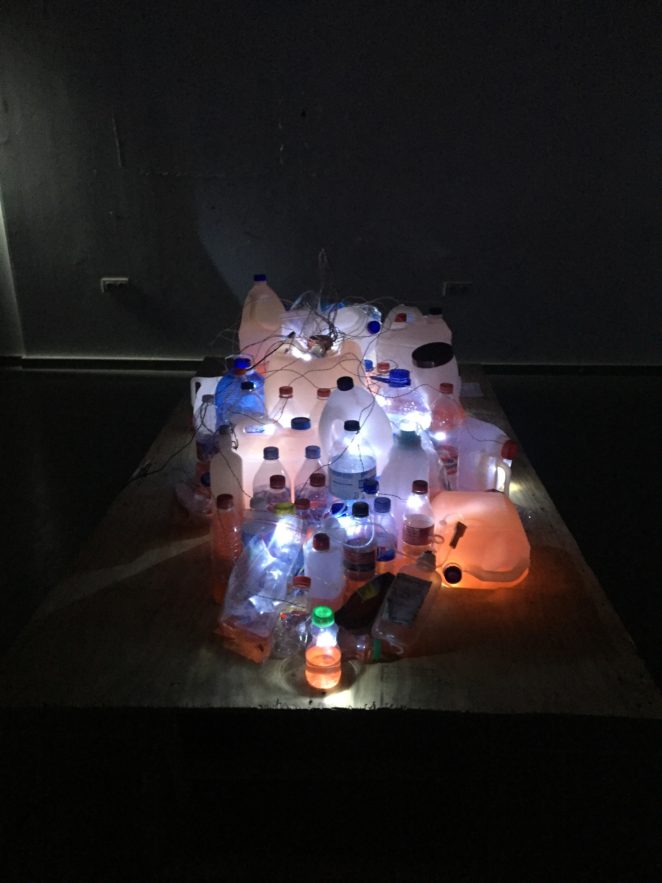 A METAPHOR THAT COMES IN PLASTIC.

Cities of plastic, could be the title of a movie, a book, a play ...

We all put our hands to the head, when they give the official figures, in the environmental summits on recycling rates.

Developed countries often boast of these figures, alluding to the increasing involvement of citizens in these areas. But is this enough?

Do you imagine that every day a 5,000-kilometer-long caravan of trucks carrying trash passes by your street? According to estimates, in 2025 cities will generate a daily amount of waste of this dimension, twice as much as they currently produce.

However, among all these wastes generated, plastic has a leading role.

There are studies that ensure that by 2050 there will be more plastic than fish in the ocean. In fact, nowadays, the continuous dumping of plastic waste in them, has caused the formation of a garbage surface in the Pacific Ocean, about 3.4 million kilometers in length. Almost 7 times the surface of Spain.

In the United States alone, 500 million bottles of water are purchased per week, and 17 million barrels of oil per year are needed for its production, regardless of the ones used to process, transport ... Water that needs 2,000 times More energy than tap water.

It must be acknowledged that much progress has been made in the area of environmental awareness, and that acceptable levels of recycling are being achieved in most countries.

But recycling is useless if you do not take it one step further.

We have a great dependence on plastic, we buy a thing of 25 ml, packed with a plastic box 7 times bigger. The thing and the plastic are protected by a piece of cardboard that in turn is inserted in a cardboard wrapped by a film of plastic closed with adhesive of plastic, paradoxical.

It is unfair to hold only consumers responsible, they do not directly throw the plastics to the sea, there are other factors that allow these nonsense to get there, garbage companies, institutions with legal recodes ...

In any case, what is in our hands is, being able to introduce even small changes in the market, acquiring responsible and sustainable consumption habits.

A METAPHOR THAT COMES IN PLASTIC.

Cities of plastic, could be the title of a movie, a book, a play ...

We all put our hands to the head, when they give the official figures, in the environmental summits on recycling rates.

A metaphor that comes in plastic.

Alone (Simply) lights to trace the geometry of the city. The shapes of the old buildings, with their rigid and regular silhouette, between the buildings distorted. Often, those buildings were also damaged, some were still barely standing.

Other nearby structures had passed through the contiguous buildings. Even undermined its foundations.

We continued through the city, the vehicle passed through a place with many cables, the path did not seem to finish, always up.

In the end, the plastic city, we lowered to the ground.

Through the parts that were still more or less transparent, one could see the wide, wide mouth of the abyss.

The fragments indicate the location of a lost city within the waters. Waters tinted red, lights of a red iron, which indicate the open wounds of the passage of time.

When it was all over, he had known better times, like every city.

In Plastic Cities, an attempt is made to speak, through installation, of metaphor and poetry, of the reflection of a culture; The culture of using and shooting, the culture of programmed obsolescence, the culture of that island-territory of plastic, which we have built in the ocean, to which we have all contributed. Possibly, in the near future, even if our generation does not see it, if we continue at this rate of habitat destruction and pollution, we will be forced to live in places like these.

In this proposal, it is a question of exploring and trying to convey metaphorically, the physical echoes, the material reality. The configuration and the impact generated by the current society in the cities, and how it influences the environment.

This is intended to reflect the viewer, raise awareness and try to contribute artistic initiatives based on sustainability projects, environmental ecology and biodiversity