Alex Ledante was born in Taibei but banished to the states for a crime he did not commit. Although he is a classically trained artist, Alex had been anticipating digital art for many years before it was practical to do on a desktop computer. Once the software was available, he built a 286/33 and realized his lifelong dream of making somebody else do his backgrounds while he concentrated on the foreground. The ability to have multiple copies of a single work and the undo function allowed Ledante the liberty to become a much more experimental artist than he had been with traditional media. Now he focuses his efforts on reconciling traditional art with raytraced elements. 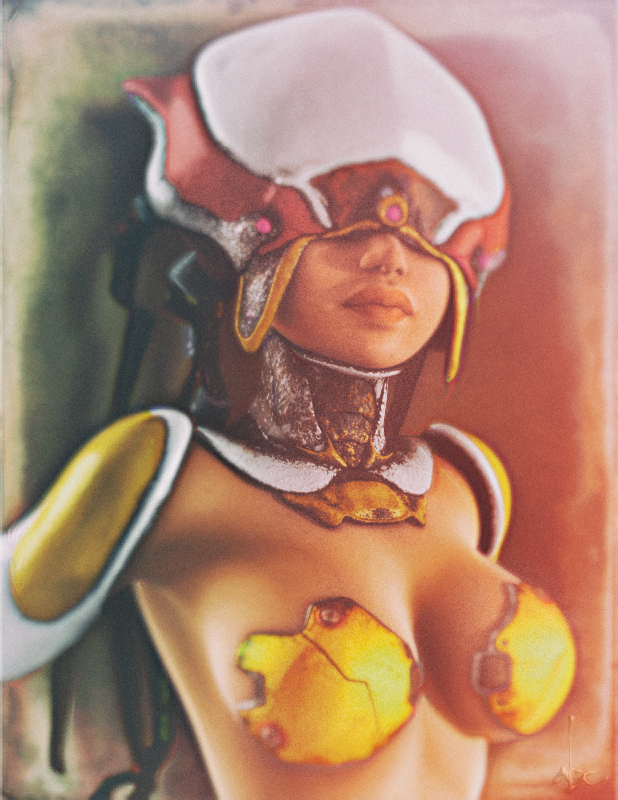 I wanted to design a superhero costume ala Gatchaman or some other classic manga. For some reason, Ozone Snow sounded like a great name for that hero. Right now I am focusing on the garish color scheme for her entirely practical armor. 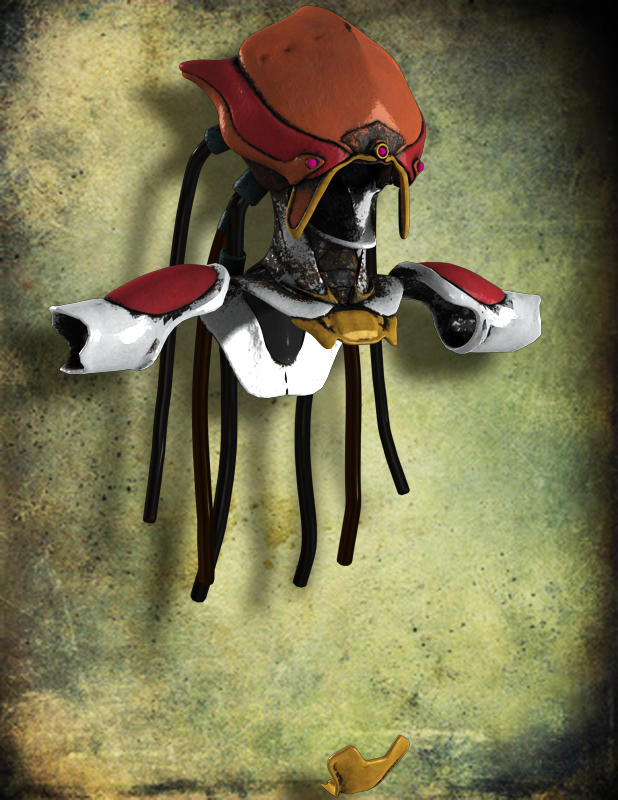 Here is an earlier color scheme that was ultimately rejected. Still want to add a design to the helmet and pauldrons, possibly something sakura related but I'm not totally committed to that concept. Just something period appropriate would suit me fine... While I'm at it, I still need to rig those cables or ribbons or whatever those things are hanging off the back of her helmet so it might be quite some time before you see this piece again. Tanoshimi ni shite kudasai