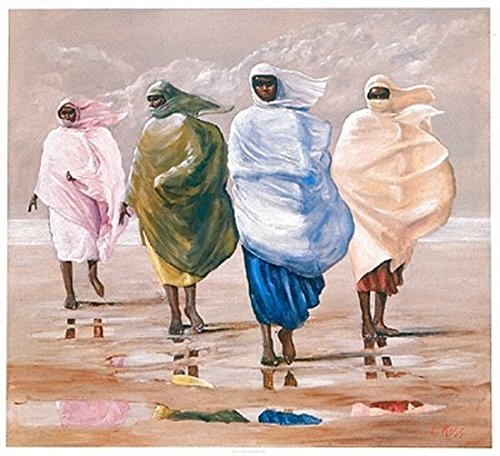 LavarneRoss is an artist who is internationally known.  Known around the world but I discovered him accidentally.  I was trying to help my late husband with a home business project.  He was trying to sell home décor products and other general merchandise online.  The company that supplied the products had fine art for sale.  While looking through the paintings, I found art by Lavarne Ross.

In his own words, Mr. Ross says that he was “born an artist”.  His artwork most certainly reflects that of an individual with an extraordinary talent. He makes masterful use of his paintbrush to not only appeal to the eye but to tell a story. He is best known for the “Tribute”, a painting that features black African ballerina dancers in pastel colors. That may be his most famous painting but the two paintings that caught my eye were “The Black Orchids” and “Angel Wings“.  He has many other art pieces.  All equally impressive.

If one were to describe the art of Lavarne Ross with one word, the word would be … ENCHANTING!  In fact, he has an artwork that he titled “Enchantment”.

Featured image credit:  “The Islanders” by Lavarne Ross at Amazon.com

In honor of Black History Month, here is a print called “Steppin' Out” by Lavarne Ross. He states, “I was born an artist”. This is a god-given talent that I feel really blessed to be part of, because I feel “Art” is “Me” it is “Us”. https://t.co/KqphH8dKW7 @UPlaceNC pic.twitter.com/EWqruGriSO

Glad I could talk to Lavarne Ross about his artwork. I’m always proud to see the art that comes out of our diverse and creative community. pic.twitter.com/OfccURkgia