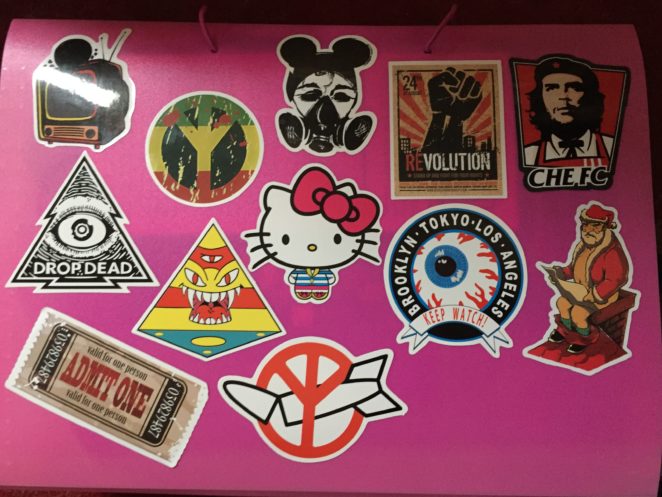 Last Week, I took a stroll through UCI’s Vendor Week. I haven’t checked it out in a long time. Most of the vendors mentioned that they will probable only work on Monday and Tuesday because it is likely to rain on Wednesday and Thursday. Two of the meetups last week were cancelled. And, I didn’t feel like going to the Friday meetup because it was just cold, cloudy and wet. So, I ended up browsing through the Vendors’ booths on Tuesday before I went to the Tuesday evening walking meetup.

I decided to buy these dark and controversial stickers because I thought they were funny. I cannot believe I bought stickers at my age. I placed them on one of my organizing folders. 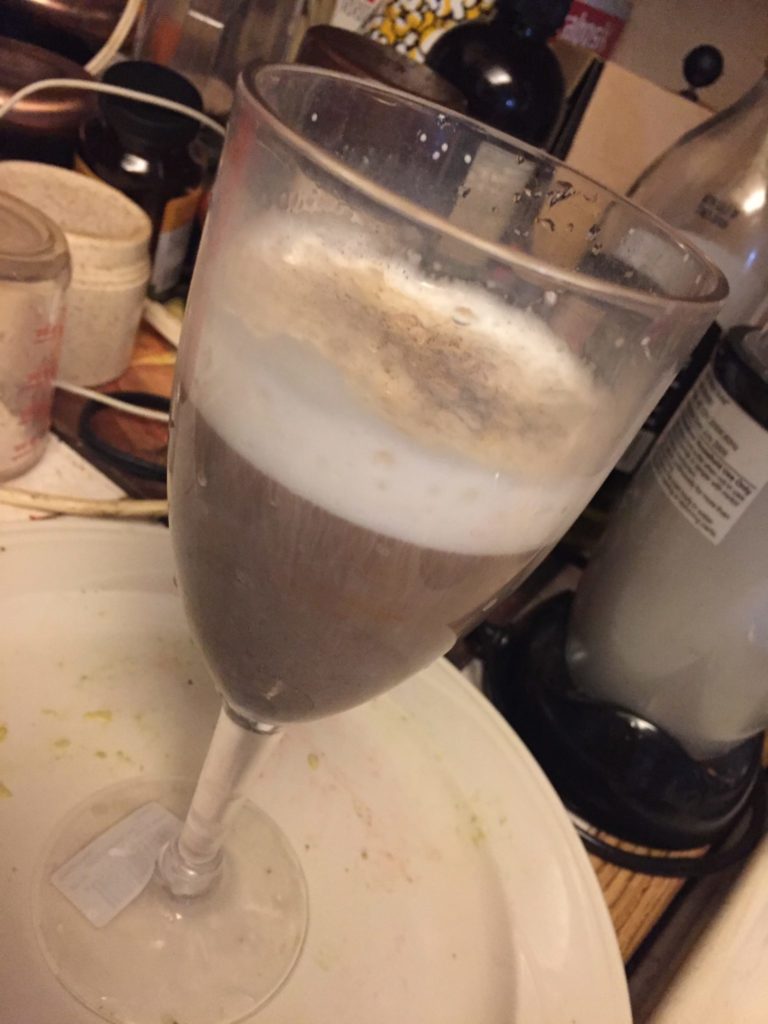 On Sunday, I decided to go to the Artist Village. The battery-operated wand frother makes good and thick froth…professional coffee-shop style. 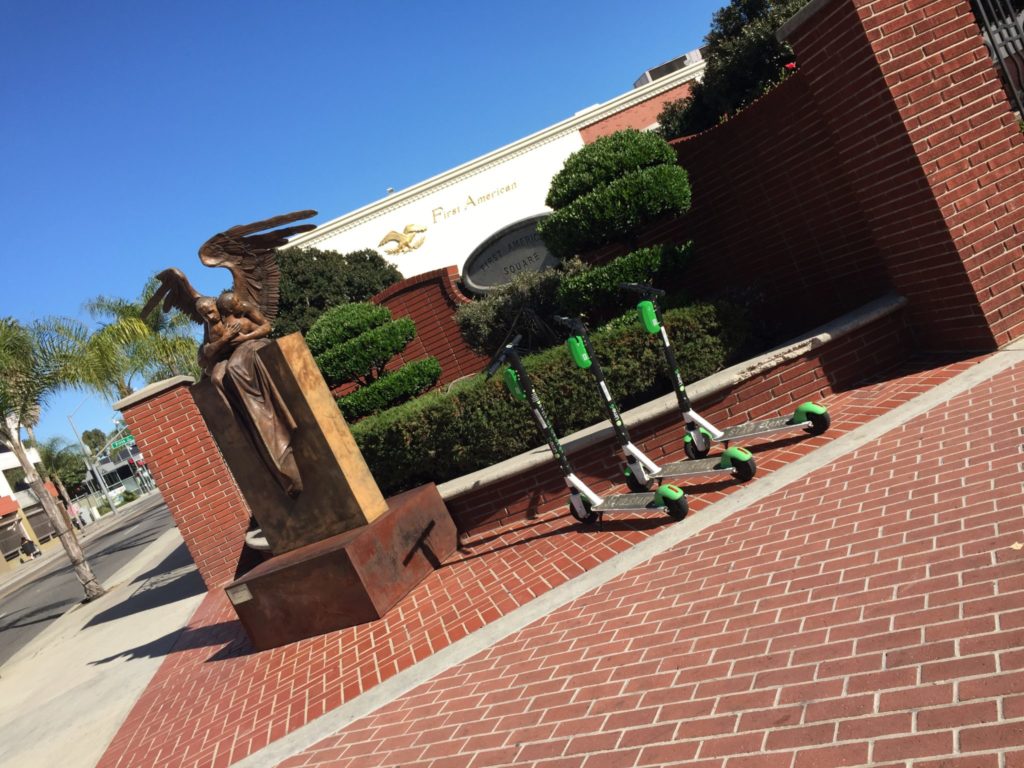 When I went to the movie meetup to watch a free screening of Invisible Hands at the Santa Ana Artist Village, I noticed scooters at every corner for people to use. I think they cost $1. They are probably coin-operated or something because they aren’t locked up to anything. I remember noticing that the UCI campus has light blue Huffy bicycles for students to use, but I think for some fee. 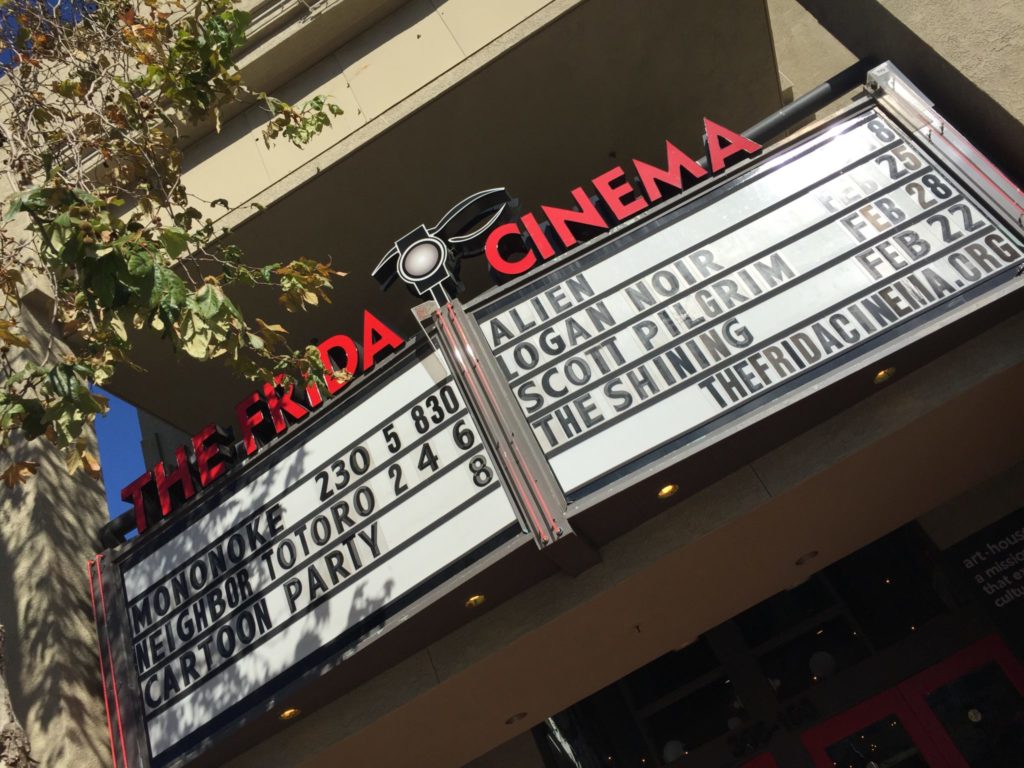 When I arrived at the Frida Cinema, I noticed I was early. So, I walked around in the area. I noticed many people were walking across the street for a Hillsong show. (I think Hillsong is Australian Christian music group). 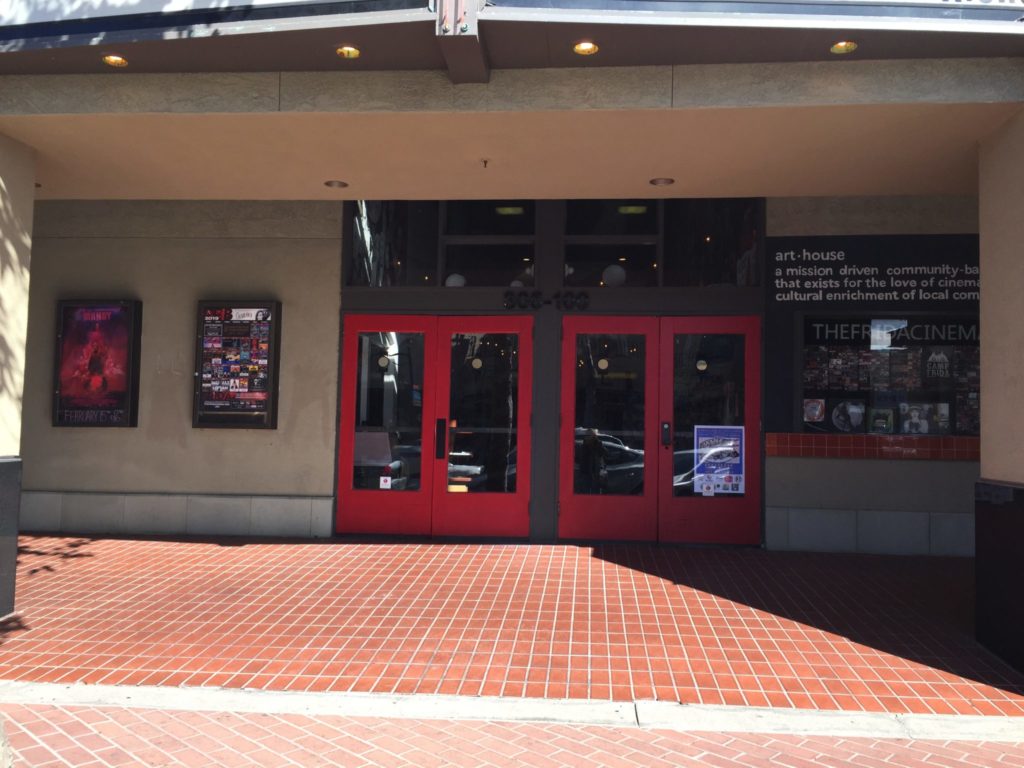 I checked out some of the billboards. 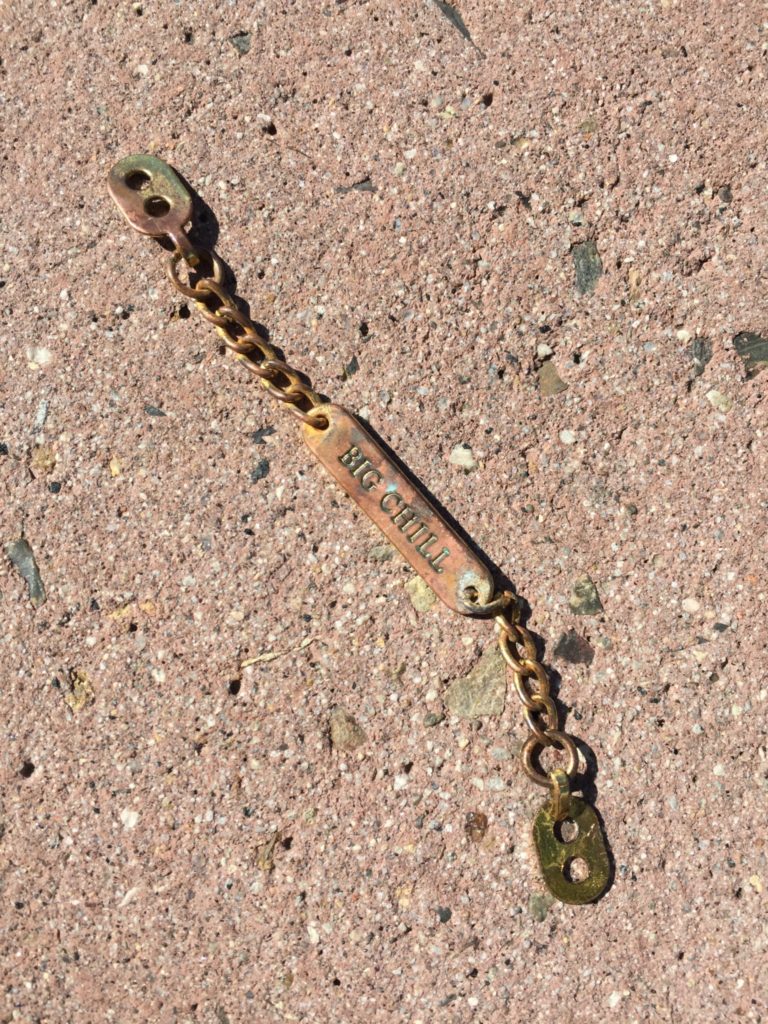 My found objected for today is this rusted “Big Chill” metal thing. I took it as a sign, wondering what it could mean. I remember Big Chill was a boring movie about middle-aged friends coming together for their friend’s funeral. I remember the movie was mostly boring dialogue. I just couldn’t get into that movie. So, I decided to google this phrase. “A possible end point of the universe, at which the average temperature of the universe approaches absolute zero because the expansion of the universe initiated at the Big Bang has decelerated almost to stopping. Also called Big Freeze.” This description is also dark, which sounds like the Ice Age. This description also mentions “Big Bang,” and I wonder if it has to do with the Big Bang Theory like that really lame TV series. So, I decided to google Big Bang Theory. “..how the universe began… universe as we know it started with a small singularity, then inflated over the next 13.8 billion years to the cosmos that we know today.” Does this big bang theory have to do with overpopulation? Maybe it is a sign that it will start getting cold from now on, and probably intentionally created for the depopulation agenda. 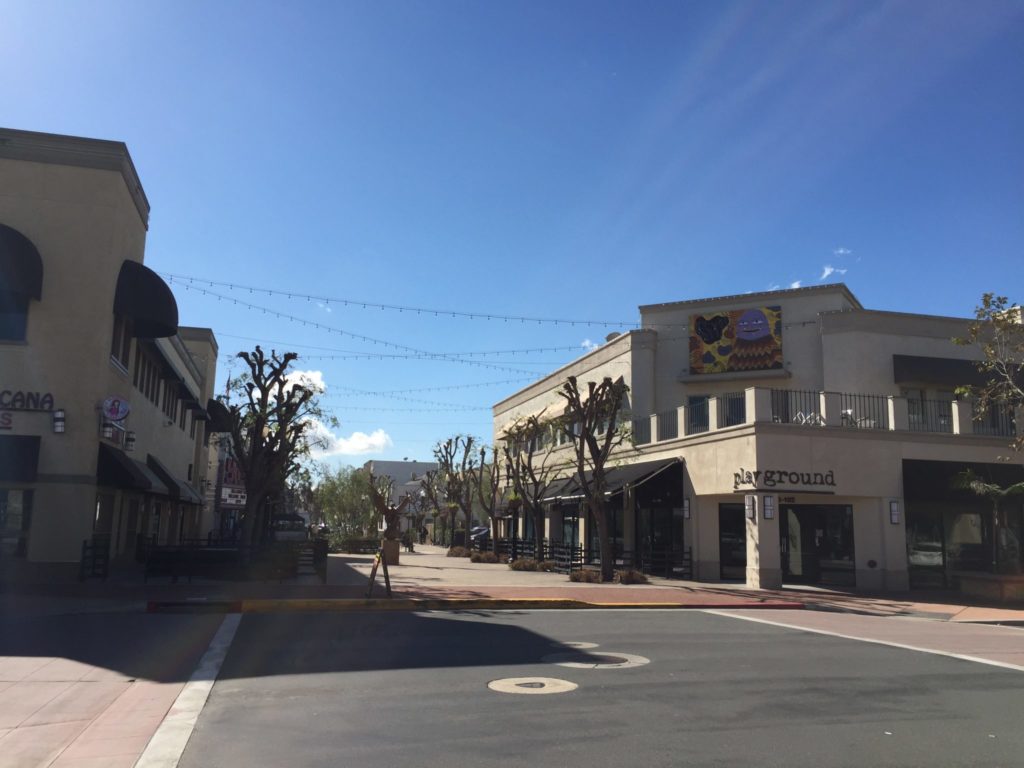 There are a lot of colorful murals and rooftop restaurants for partying. 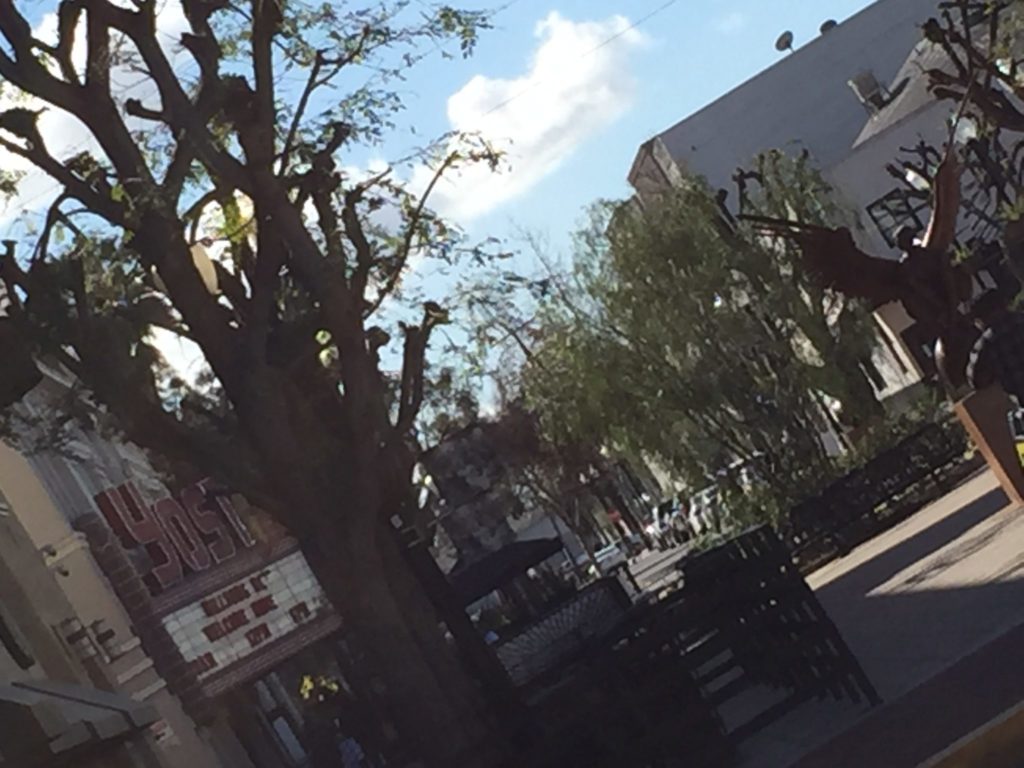 That is the Yost Theater where they had Hillsong for Sunday Service. 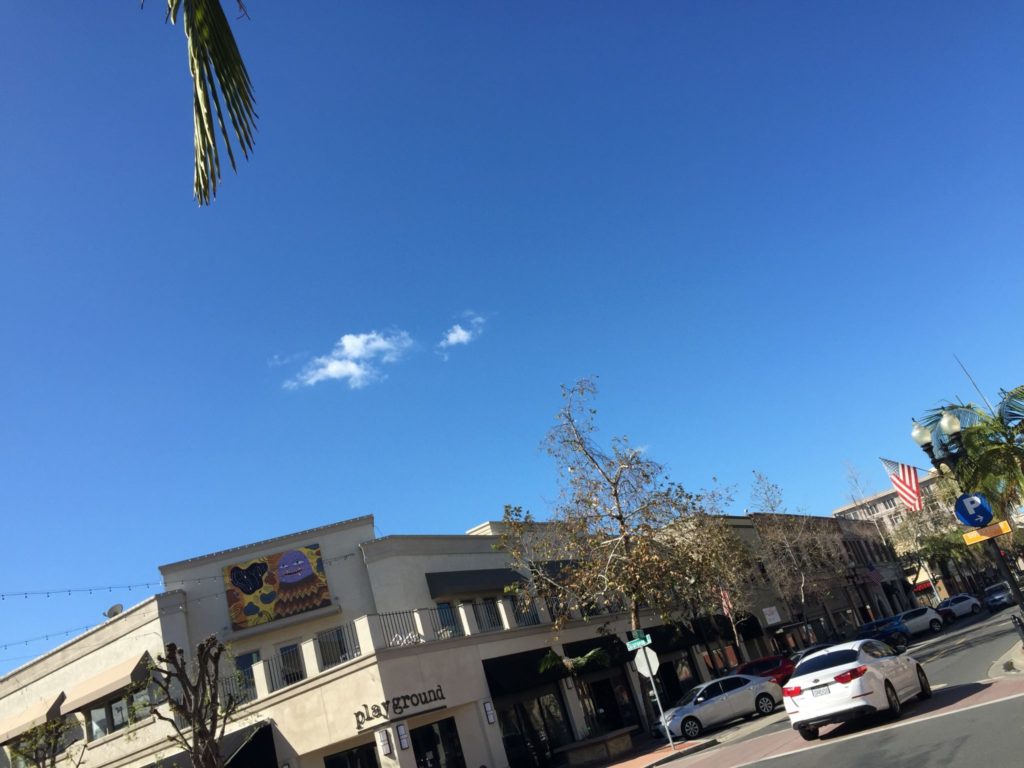 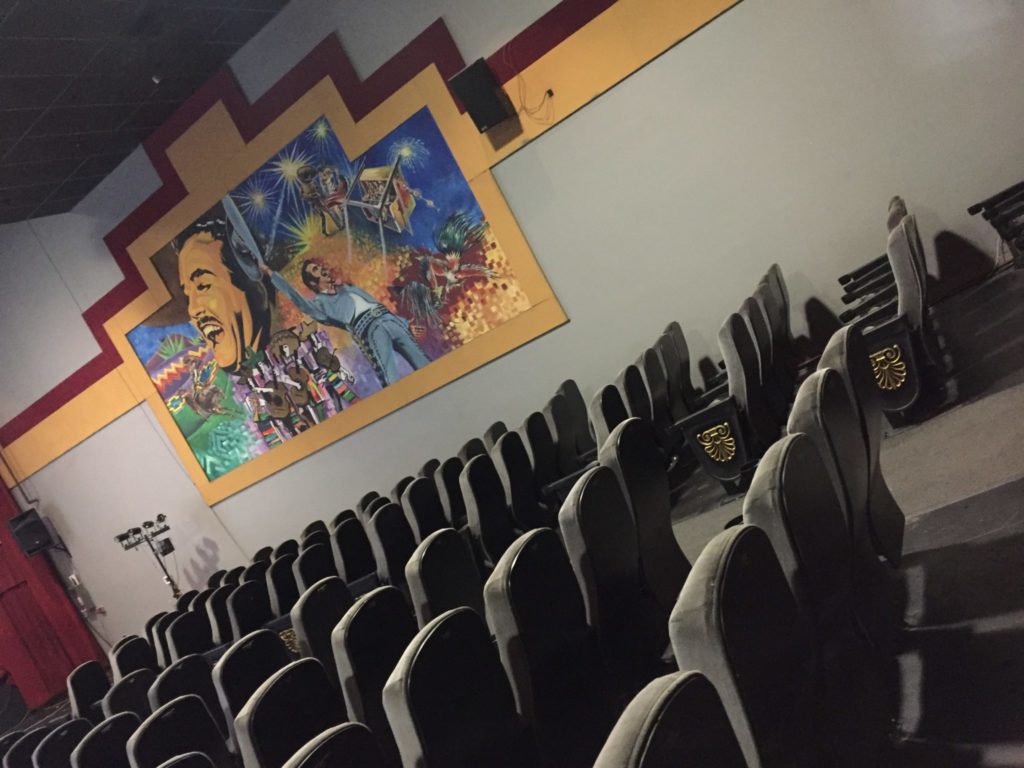 Inside Friday Cinema, there was another colorful mural. It looked like a small, vintage theater, similar to the indie one by my townhouse, but this one is even smaller. But the seats look new, like it has been remodeled.

On Monday, Tuesday and Wednesday,  I did some errands, but I didn’t feel like going to the gym. It just felt too cold. I wanted to do stuff around the house, anyway.