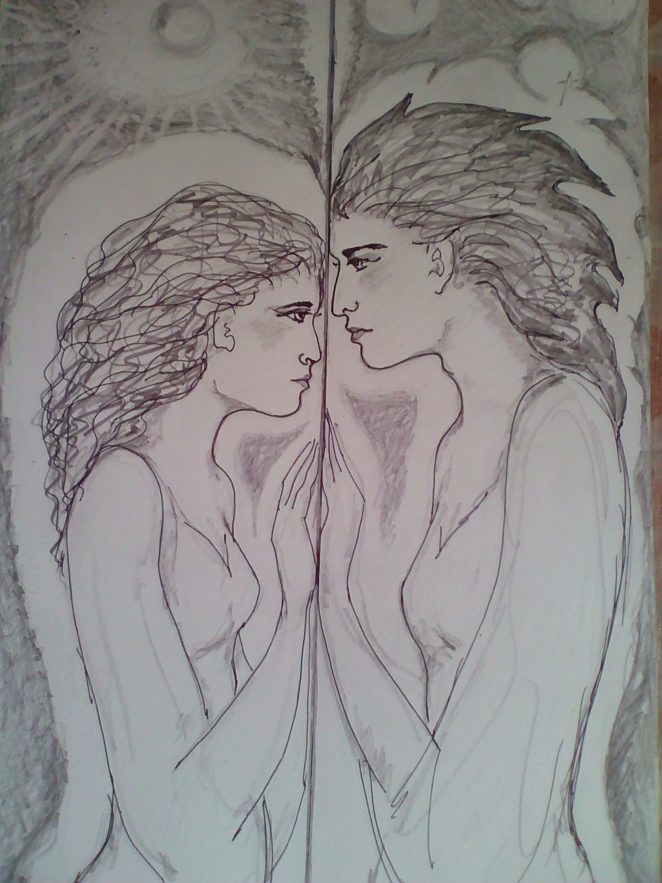 “We are walking galaxies of swirling emotions and shadows, we are what others see and we are also what only we know. Kai was no exception. She was living in a city, had a job, there were expectation towards her and she was doing her best to get things done right. The meadows of dew and stars belonged to the world of dreams and fantasy and reality was not invited there. But now, someone has found a way to open her inner door. The shadow of another soul was walking her inner pathways, searching her inner lands, touching her inner features, leaving its own fingerprints on the soft inner walls….If this was not madness, then it must have been love. Aren’t these two things sometimes the same?

Love was not unknown to Kai but this feeling moving inside her, ruffling the surface of her inner ocean was like no other before…This one was undressing her from inside, peeling off her protective shell, calling with its enchanting touch the wildly free and untamed being her core kept hidden for so long…”

“….Heshe held out a hand…through the mirror. Kai stared in the dark brown eyes, searching for the light so close to her heart. It was shimmering in the depths of those eyes…She grabbed the hand and they both vanished in the silver waters of the mirror.”