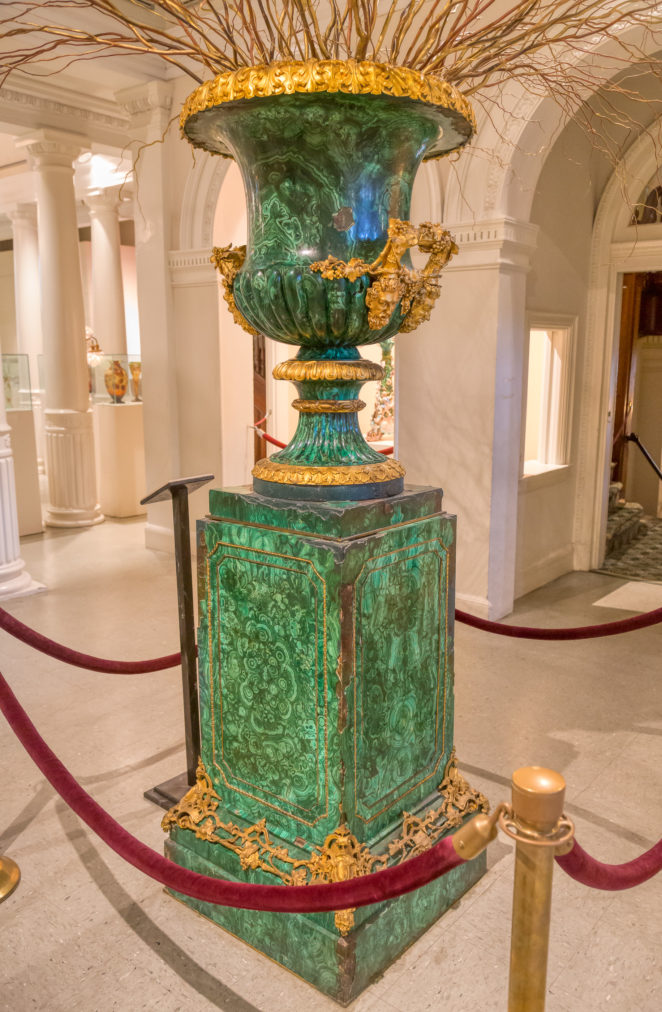 In one of the larger rooms of the Lightner Museum in Saint Augustine, Florida between to super high rotunda rooms there was a massive vase. This vase was 8-10 feet tall and was made of the semi precious stone Malachite.  It had gilt (gold plated) hardware all over its part and the rest was a covering of matching green Malachite stone. During movement of the vase over the years it had mild damage to the Malachite layer in spots revealing the underlying darker vase. It came from Eastern Europe perhaps Prussia.