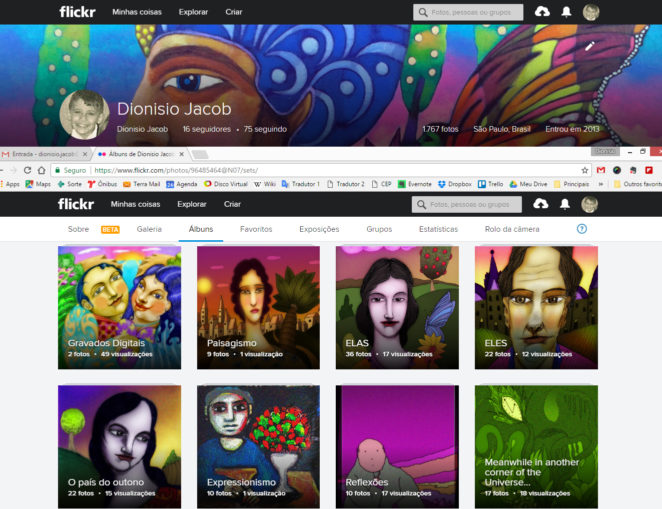 Inventory is a site in which are arranged in the form of albums several graphical works I produced. Most of them are shown here at VIRILY. In addition to the most recent ones, made in digital programs and I have called DIGITAL RECORDINGS, there are also photos, illustrations for books, besides the production of the 70’s, 80’s, 90’s, 2000’s, in fact almost five decades of graphic inventions. The address is: