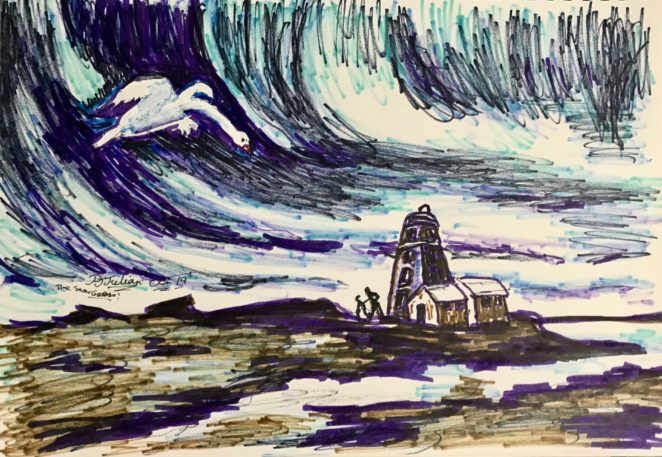 #Inktober Day 10 is about the story of the “Snow Goose!”

A beautiful story about a hunchback made a hunchback by war, who lived alone and painted birds in a lonely place. He used to watch the Snowgeese which were the Sky Princesses come in every year. His name was Philp Rhyader

Oneday some men shot a SnowGoose for sport and a girl named Fritha, found the wounded bird.  Rhyader healed the bird and helped the Snow Goose to fly watched by Fritha. Every year the Snow Goose returned to Rhyader.

One year there was Dunkirk and Rhyader went out with others in their boats to rescue men at Dunkirk in World War two. He died at sea and did not return on one trip but had managed to rescue many people.